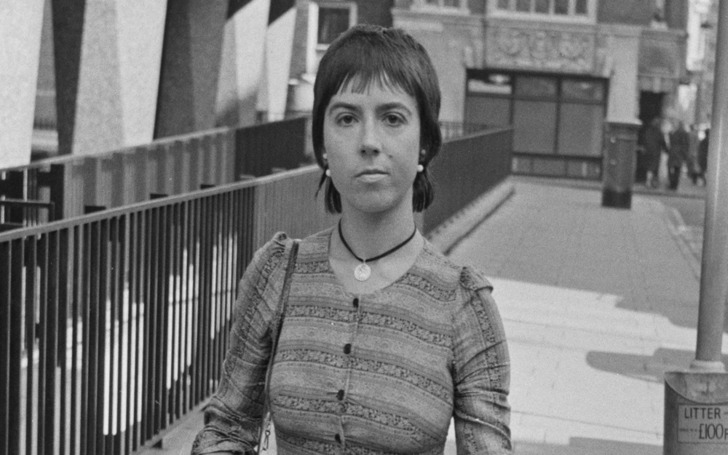 Petronella Barker is the ex-wife of veteran actor, Sir Anthony Hopkins. The couple was married to each other from the mid-’60s to early ’70s whilst becoming the parents of a daughter in between. Barker was also a theater actress with several works on TV as well.

As per legends, Hopkins had his first serious relationship with Barker but the union was anything but joyous. It has been almost fifty years since they separated. However, it’s the Silence Of The Lamb star that managed to stick with the public fame.

So where is Petronella Barker? Did she remarry after her separation from Hopkins? Does she still keep in touch with her daughter? Read all the answers along with the details narrating Barker’s early life, her parents, and way beyond in the writings below.

Petronella Barker Is The Daughter Of An Actor Couple

Barker was born on 12 October 1942 in Sittingbourne, Kent, England.

Her father Eric Barker was a comedy actor and her mother Pearl Hackney (also an actress), is known for TV shows like Coronation Street, Are You Being Served? The Famous Five and All Creatures Great and Small.

Barker’s father was a BAFTA winner known for his role as a barrister’s clerk in the film Brothers in Law (1957). His other notable films include St Trinians films and the classic Carry On British comedy film series.

Petronella Barker grew up in the village of Stalisfield, Kent, and went to Ashford School.

Barker trained at the Central School of Speech and Drama for three years (1960 to 1963). In her final, she won the Carlton Hobbs Bursary, which gave her a six-month contract with the BBC’s Radio Drama Company.

A year later, in 1964 she joined the English Stage Company at the Royal Court Theatre for three plays: Inadmissible Evidence (understudy), Julius Caesar (crowd and understudy), and Cuckoo in the Nest. In the latter, she played the character of Rawlins.

During four seasons with the National Theatre Company at the Old Vic Theatre between 1964 and 1968, Barker appeared in Hobson’s Choice (as Ada Figgins), and Mother Courage and Her Children (Yvette).

Her other works include A Flea in Her Ear (as Eugenie), The Storm (Glasha), The Dance of Death (Jenny), Othello (Crowd), Juno and the Paycock (Neighbour), and The Crucible (Mercy Lewis).

Additionally, the former Ms. Hopkins also acted in Rosencrantz and Guildenstern are Dead (as Courtier and Attendant), and in Volpone (Androgynous).

Her last documented theater work was playing Miss Prue in William Congreve’s play Love for Love at the Old Vic Theatre with Laurence Olivier, from the director, Peter Wood.

Petronella Barker Had A Messy Marriage With Anthony Hopkins Married

Barker married actor the two-time Academy-winning actor, Sir Anthony Hopkins on  September 2, 1967, at St Mary’s, Stalisfield. They had developed their relationship during their time at Old Vic Theater in London.

Together, they have one daughter, the actress, and singer-songwriter Abigail Hopkins, born in 1969.

The couple separated in the High Court, London, in 1972.

Anthony’s relationship with actress Petronella had already begun to fray, and the baby changed nothing.

Apparently, it was Hopkin’s aloofness with Barker that caused their relationship to fall apart. The actor, after finding success on the stage, began spending a lot of time away from home. He has also admitted that he turned to drink to cope with his mounting workload.

The Hannibal actor reportedly ended up drinking a bottle of tequila a day. He also admitted that he had become “boring, aggressive and stupid”.

“I guess I am selfish. I have not been a good husband or father,” said the Margam-born actor

The year was 1972 when the Scottish star left Barker and their 14-month-old daughter for Jenni Lynton. She was a Pinewood Studios secretary who he had met when she was sent to pick him up at the airport.

The Welsh-born former husband of Barker is currently married to Stella Arroyave.

Her Ex-Huband Reportedly Tried To Kill Her

In the book, Last Curtsey: The End of the Debutantes by Fionna McCarthy, it is revealed that Anthony Hopkins once tried to kill his ex-wife, Barker during their stay at Limerston Street. The book mentions how the relationship of Hopkins and Petronella (or called Peta in the book) was often stormy with the former drinking problems.

One night, some neighbor heard a frenzied screaming from the room of Peta. When they approached the spot
they found Anthony running down the street. Barker meanwhile emerged from the basement, “in a state of near hysteria, saying Tony (Anthony) was trying to kill her.”

The story was that the actor sat on her head, and tried to smother her. Apparently, there was also some damage seen in the bedroom with things scattered here and there.

Petronella and Hopkin’s only child, Abigail is also an actress who has starred in several films and TV documentaries, including 1993’s Remains Of The Day and Shadowlands – alongside her dad – and in 2015’s Romeo Vs Juliet.

She’s also a composer, who has to date released three albums and an EP, plus appearing on BBC radio shows as a singer-songwriter. Additionally, she is a photographer shooting wildlife and nature.

Her Daughter And Her Ex-Husband Are Not On Speaking  Terms

In May 2018, Barker’s ex-husband, Hopkins said he doesn’t know or care if he’s a grandfather. Barker’s daughter, Abigail has been estranged from her actor father for most of her life.

The father and the daughter had briefly reconciled in 1993 but later continued their estrangement.

As per sources, they’ve barely spoken for more than two decades.

The alleged reason was a mixture of the actor’s alcoholism, his apathy towards them after he moved to America, and the way he ‘treated’ Abigail’s mother.

In 2005, Abigail said she didn’t have many memories of her father growing up. She even admitted to having suicidal thoughts because she had bottled up so much emotion in her childhood. And all the reason was her father

Where Is Petronella Barker Now?

Petronella hasn’t had many screen appearances since the late 70s. It has only been her ex-husband who has managed to gain the media attention. Not even her daughter, Abigail has shared a bit about her. Also, it’s unclear whether the now 80-year-old has a family of her own.

Her last TV screen appearance was in 1987 The Bretts (TV series) where she portrayed the character of Miss Brownlie in an episode titled “All Right on the Night.” Prior to that, she had been in series such as Dramarama, Roger Doesn’t Live Here Anymore, Jackanory Playhouse, Armchair Thriller, The Molly Wopsies, and Moody and Pegg, among others.