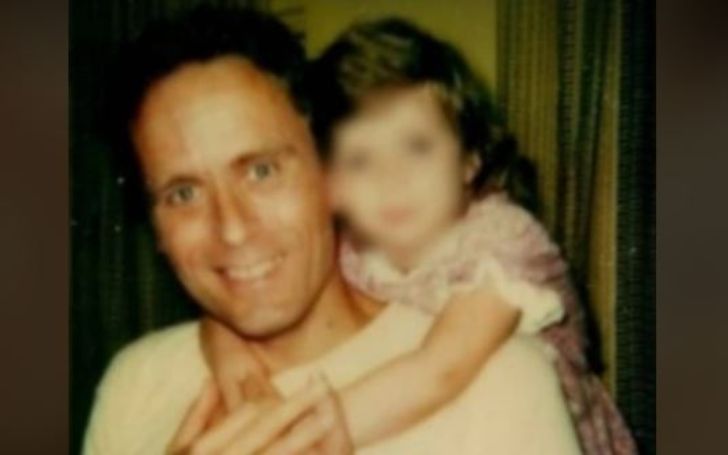 Rose Bundy is the daughter of the late notorious serial killer, Ted Bundy, and his ex-wife, Carole Ann Boone. Rose’s father, Ted’s infamous rampage against at least 30 women and children in the 1970s has been in the analysis for decades. It is still not entirely clear just how many people Bundy murdered. Some say the real number is in triple digits.

Ted Bundy’s killings continue to receive screen adaptations in some form even after decades of his passing. Much is in the records about the man who killed young women and little girls, conversely, however, only little is known about his daughter, Rose Bundy.

Rose, the only child of Ted Bundy while now a nobody has a bit curious story even about how her mother and father conceived her in the first place. Additionally, ever since Ted’s execution in Jan 1989, there have been multiple theories and conjectures as to where and what she might be doing. Though none has managed to wholly delimit her bearings yet.

The only child of the infamous killer, Rose Bundy was born on October 24, 1982. Almost no information is available as to where Carole delivered and raised Boone.

Rose, nevertheless, who is now 40 years old, was born just a couple of years before Bundy received the death penalty. The child of the Vermont-born killer didn’t have any siblings as she was Ted Bundy’s first and only biological child.

She, though, had a step-brother, Jayme born through her mother, Boone from her previous relationship. Ted apparently had also grown close to Boone’s this son. The late Campus Killer had also acted in a parental position to the daughter of his prior girlfriend of seven years, Elizabeth Kloepfer.

It is unclear if Rose remembers her late father, Ted, she, however, did face him as a child and even visited him per usual.

Her mother, Carole reportedly often took Rose and her step-brother, Jayme to Ted on her visits to prison. The four even had a few family pictures that they took in the jail, where Ted Bundy was serving his prison time.

Carole Ann Boone Conceived Rose When Ted Was In Prison; Is Rose The Biological Child Of Bundy?

Rose Bundy’s birth is quite a mystery since Carole gave birth to her or more precisely, she conceived her when Bundy was still in prison. Add to that, Carole and Ted didn’t have the provision for conjugal visits.

It, nonetheless, is assumed Carole became pregnant with Rose during one of her visits to Ted in prison. While they didn’t have the Conjugal visits options, according to Ann Rule’s 1980 biography of Bundy, The Stranger Beside Me, prisoners reportedly were prone to bribes, and on occasions, they allowed the prisoners alone time with their female visitors.

Boone, whilst talking about her visits to Ted in a taped recording used in Netflix’s docuseries Conversations With a Killer: The Ted Bundy Tapes, said,

“After the first day, they just, they didn’t care. They walked in on us a couple of times.”

However, when asked in September 1981 about how she conceived her daughter, Boone told The Desert News:

Others suggest Carole conceived Rose after she and Bundy exchanged an empty condom turned filled through a kiss during one of their prison meets.

Rose’s mother, Carole Ann Boone met the lady killer, Bundy while working at the Department of Emergency Services (DES) in Olympia, Washington in the summer of 1974. When Boone met Ted Bundy she had just divorced her ex-husband and was trying to raise her teenage son James.

Carole Ann Boone reportedly was then a “lusty-tempered free spirit,” smart, witty, and competent at her job. Boone allegedly found the late convicted murderer charming and later stated Bundy had expressed his desire to date her right at the beginning.

In the meantime, Bundy continued to date his current girlfriend Elizabeth Kloepfer and several other women, many of whom he eventually killed. The police finally arrested Bundy on suspicion of multiple kidnappings and murders in Feb 1978. After that, Bundy faced a trial in Florida in 1979 during which he and Boone became even closer.

Boone, who was then yet to get pregnant with Rose moved to Florida with her son to be closer to Bundy. This was after Carole and the University of Puget graduate had exchanged many letters among them.

Rose Mother, Carole Married Ted During His Trial At The Court

Boone and Bundy married during the latter’s trial after he took advantage of an obscure Florida law. The law provided that a marriage declaration in court in the presence of a judge constituted a legal marriage.

Bundy asked Carole to marry him on February 9, 1980, after she stood as a witness during the trial for the death of Kimberly Leach who Ted had killed. For years it seemed like Boone genuinely believed in Bundy’s innocence.

It, however, all changed for Carole when the father of her daughter finally confessed to his killings shortly before his execution day. After that, Boone stopped contacting Ted.

Boone divorced Ted in 1986, three years before his execution, and left Florida with Rose and her son from a previous relationship, James. She even refused to take his call on the day of his capital punishment and moved back to Washington state with her daughter.

Rose’s father, Ted Bundy was executed on January 24, 1989, by electric chair. After the divorce, Rose’s mother went off the map and had little mention in the press.

Reports suggest she changed her and her daughter’s names. Boone apparently changed her name four times and eventually returned to her birth city, Seattle. Then in Feb 2019, Radar Online revealed Carole died in January 2018 at age 70 of septic shock. According to a former friend, in recent years Rose’s mother, Carole Ann Boone, in her final days was living under an assumed name, had run into health problems, and checked into a retirement community.

Where Is Rose Bundy Now?

For years, Ted and Carole’s only daughter, Rose Bundy’s whereabouts were a mystery. It was understandably because of her preference to escape the shadow of her killer father.

As per The Stranger Beside Me writer, Ann Rule, who also volunteered with Bundy at a suicide crisis hotline center, Rose had always been living away from the spotlight but she was always doing well.

Rule reported Ted’s daughter, Rose as a kind and intelligent woman. However, even Rule never knew where Rose and her mother were living.

For years, neither people nor the media were able to scout up Rose’s whereabouts. Then in March 2019, GLOBE reported Rose, the long-lost daughter of despicable serial killer Ted Bundy was then living the good life under an assumed name in England.

It at the time had been more than a decade since she moved to Europe.

GLOBE added Bundy’s look-alike child, Rose, was living as a suburban housewife and mother of three. Rose had also adopted a pet name Rosa. Carole’s daughter reportedly was living with her husband and their three then-young children — including a set of twins.

Rose along with her family was living in a picture-book home in a posh English village on the outskirts of London. She at the time turned out to be a full-time housewife and stay-at-home mom.

GLOBE’s investigation in March 2019 also claimed how Rosa had moved to England in 2002 when she was 21. Ted’s this alleged daughter, however, kept in touch with her late mom, who was living in Seattle. When GLOBE’s investigative team asked Rose in Britain, about her father or herself, she said,

“Sorry, I’m not the person you are looking for.”

She also apparently referred to Ted as “the guy from the documentary (from Netflix)?” when answering if she knew Theodore Robert Bundy. Regardless, almost all newshounds do agree Rose is still alive and assumably doing faring well.

Is Rose On Social Media?

While Rose in recent years has been alleged to be an English citizen trying to live a routine life, whether or not she has adopted the modern trend of being on pits like Instagram, Facebook, or Twitter is a tough proposition.

Although there are a handful of stills of hers from her childhood on both Instagram and Facebook with some on Twitter as well, if she, herself chronicles her day-to-day on such zones has long been a mystery.

While there have been more than five movies about Ted Bundy and several documentaries, no actress has ever portrayed the attorney-turned-killer’s daughter, Rose Bundy.