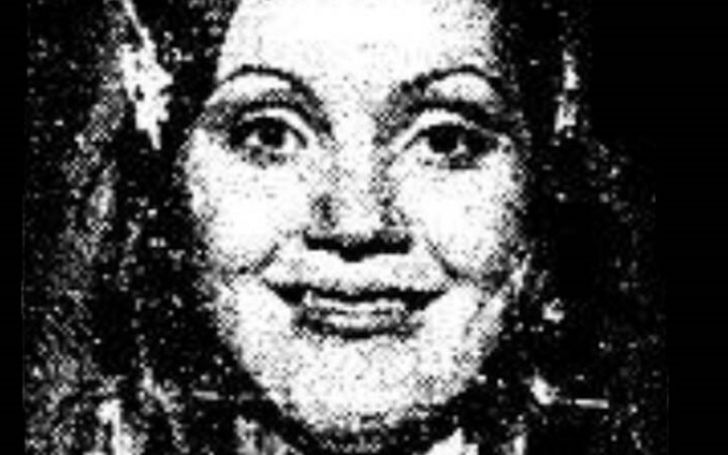 Sharon Marie Huddle is a lawyer who practices family law. She is also the co-founder of the National Coalition Against Surrogacy. Besides her professional endeavors, Sharon hit the media as the ex-wife of Joseph James DeAngelo, a serial killer, notorious rapist, and Vietnam War veteran. The meticulous criminal was accused of committing 13 murders, 50 rapes, and 120 burglaries all over California between 1974 and 1986.

Over the years, Sharon’s ex-husband Joseph who only testified guilty in 2018 earned several aliases like “Visalia Ransacker,” “East Area Rapist,” “Night Stalker,” and “Golden State Killer” for his dreadful criminal acts. But, the fact is that his then-wife Sharon was totally unaware of his crime until the truth came out in 2018. The former couple who married in 1973 allegedly separated in the early 1990s but remained legally married until the year 2018.

So, let’s find out all the hidden truths about Joseph James DeAngelo’s ex-wife Sharon. It includes Sharon Marie Huddle’s whereabouts, her life after her ex-spouse’s life imprisonment, their daughters, and more.

Talking about her parents, Sharon is the daughter of Mr. and Mrs. Clarence Huddle of Citrus Heights. While there isn’t more about her early life, Huddle is American by nationality and her ethnicity is Caucasian.

Sharon Marie Huddle Is a Lawyer By Profession

As for her profession, Sharon Marie Huddle is an attorney. According to its page on Yelp, her law firm which is known as Sharon M Huddle practices divorce, family, and real estate law.

According to the California State Bar, Huddle currently works in Roseville with no disciplinary actions on her license. The law attorney who was admitted to the bar in 1982 has still an active license to practice law in California.

In addition to her work as a lawyer, Sharon also advocates surrogacy. She once helped mount a fight against surrogate motherhood.

Further, Huddle is the co-founder of the National Coalition Against Surrogacy. She founded the organization when California was considering the law that would govern the rights of surrogate mothers that are paid to carry fetuses of egg and/or sperm donors.

The two met for the first time while both of them were at California State Sacramento, where DeAngelo was studying criminal justice at college. At the time, her then-future husband was a retired Navy officer and Vietnam veteran.

While the details about their initial romance still remain grounded, they began dating shortly after their meeting. And they gradually started living together in Auburn.

The two dated for a few years before their marriage. Sharon and her retired police officer spouse DeAngelo exchanged their vows in November 1973. Their fall wedding took place at Auburn First Congregational Church. At the time of their nuptials, Sharon was 20, while her hubby was 27.

The same year, Joseph James DeAngelo also joined the Exeter police force as a burglary unit police. He worked there until 1976.

They Had Separate Bedrooms By The Late 1970s

Nick Willick, the chief of the Auburn Police Department once told Golden State Killer: Main Suspect host Stephen Gosk about his one-time visit to DeAngelo’s home in the late 1970s. He recalled,

“I went there just once [in the 1970s]. He just recently moved in to the house and he said come over and you see the house we just bought.”

But, instantly something estranges struck Willick when DeAngelo told him that he and his wife lived in separate bedrooms,

“The fact that he was probably 30, 31 years of age and that they have separate bedrooms, which I thought was a little strange. [He] said ‘this is my wife’s bedroom, this is my bedroom.’ Said something to the extent of when they wanted to get together they would.”

Sharon and Her Ex-Hubby Joseph Separated in 1991

Although the duo started living in separate bedrooms a few years after their marriage, Sharon and her then-hubby Joseph separated in 1991. But, the two were technically in a marital relationship for years. Joseph James DeAngelo’s ex-wife filed for divorce in Placer County in July 2018, a few months after her former partner got arrested.

Prior to his relationship with Huddle, Joseph was previously engaged to Bonnie Jean Colwell, a nursing student. The two met while at Sierra College. However, they called off their engagement in 1971.

In an interview with ABC10 in 2020, Bonnie recalled their short-lived romance. Here is the clip,

The law attorney gave birth to their first daughter in Sept 1981. By the time, the father of their child had already committed 50 rapes. Their second daughter was born in November 1986. And Sharon and her then-husband Joseph welcomed their third child, a daughter in May 1989.

As per some online tabloids, one of Sharon Marie Huddle’s daughters is an emergency room physician in the Midwest, while another is a Ph.D. candidate at the University of California in Davis. Their latter baby girl is also a graduate teaching assistant. Once, Huddle’s daughter too worked for her law firm.

At the time of DeAngelo’s arrest, the notorious criminal was living with his third daughter and granddaughter.

After a decades-long investigation, Sharon Marie Huddle’s ex-hubby Joseph was charged with 13 counts of murder, 50 rapes, and 120 burglaries. Dubbed the Golden State Killer, Joseph who started raping, killing, and burglarizing in the mid-1970s was only arrested by police on April 18, 2018.

Between 1974 and 1986, the notorious criminal murdered numerous Californian women and robbed about 100 homes in Northern California.

After his arrest, it took about two years for his cases to be finalized. Upon his hearing in August 2020, DeAngelo got multiple consecutive life sentences without any chance of parole.

His Daughter Described Him as “the best father”

Since the shocking truth about Joseph came to the public, it took a toll on his family. But, his oldest daughter who could never learn about her father’s heinous crimes before his arrest filed a letter to the court describing her dad. In the latter, the 38-year-old described her father as “very loving, and very loyal.”

Sharon spent her entire life as the wife of Joseph James DeAngelo. She is also the mother of three daughters with him. Despite being his life partner for such a long period, Huddle never knew what was her spouse doing besides her.

In August 2020, the lawyer broke her silence for the first time since her hubby got arrested in 2018. She shared her devastation after learning about Joseph’s terrible misdemeanors in a victim impact statement submitted to Sacramento Superior Court.

Ever since her ex was found guilty, it heavily affected Sharon’s life as she became the victim of post-traumatic stress disorder and has since been in constant fear. She also mentioned that her partner had lied to her throughout the years they were together.

“I will never be the same person,” Huddle wrote in the statement, “I now live everyday with the knowledge of how he attacked and severely damaged hundreds of innocent people’s lives and murdered 13 innocent people who were loved and have now been missed for 40 years or more.”

“I live everyday with post traumatic distress where any unexpected noise, or movement of any person or object, can be perceived by my mind as a threat to me.”

She further shared her frustration,

“I have lost the ability to trust people. I trusted the defendant when he told me he had to work, or was going pheasant hunting, or going to visit his parents hundreds of miles away. When I was not around I trusted he was doing what he told me he was doing.”

Where is Sharon Marie Huddle Now?

Sharon currently resides in Roseville. There, she reportedly lives with her daughters and one granddaughter. However, other information about her life after her hubby was found guilty remains elusive. She is neither seen on any social media handles.