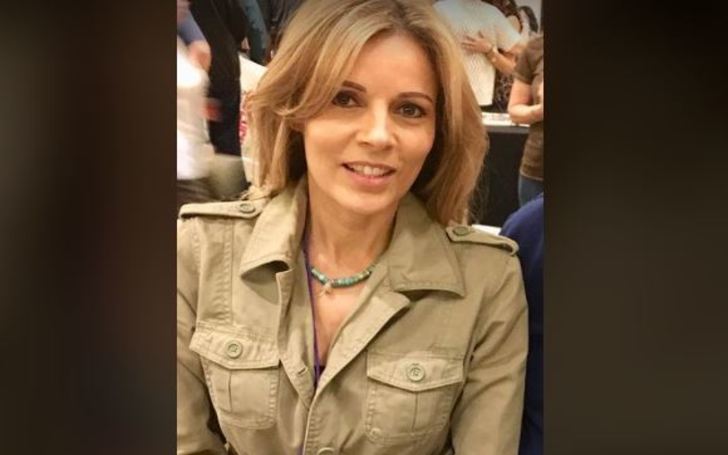 Tahnee Welch (fully, Le Tahn Rennee Welch) is the daughter of actress Raquel Welch and her first husband, James Welch. She is known for playing in Ron Howard’s Cocoon and several European series and films like Amarsi un po, Disperatamente Giulia, and I Shot Andy Warhol. She was also a playboy model like her mother.

Tahnee’s mother, Raquel is often considered a sex symbol of the 60s and the 70s. Playboy enlisted her at No. 3 on their 100 Sexiest Stars of the Twentieth Century list. Tahnee is also sort of a star in her own right; she though is mostly a familiar face in Europe having done several films and series over there.

Although not as famous as her mother, Tahnee still has a lot to tell. From her rebellious early life to — making it on her own, read all about her professional as well as personal facets in the descriptions below.

Welch was born on December 26, 1961 (age 59 years) in San Diego, California. Her Indian name belonged to her paternal grandmother. Maternal wise, she is of Spanish descent from Bolivia.

She grew up mostly spending her time between Spain, England, and Italy. Later, she returned to an all-girls school in the United States. Welch has an older sister, Damon Welch, also an actor.

Tahnee dropped her school at 16 and would leave her home. She was studying at the Los Angeles Prep School. She had also attended Westlake School for Girls.

After quitting school, she did odd jobs for a couple of years before moving to New York to study acting.

Tahnee Welch Is Quite A Notable Star In Italy; Was Also In Ron Howard’s Cocoon

In the 1980s Raquel and James’ daughter went to Europe where she started taking jobs as a housemaid and a hairdresser.

After some time, she began her acting career in Italy. She had her first role as the lead in Amarsi un po‘… (1984), opposite one of Italy’s most famed icons, Virna Lisi, and newcomer Claudio Amendola. Over the decades the show has built a cult following in the country and aires regularly on Italian television.

Tahnee Welch returned to the US and shortly after she got a part in Ron Howard’s summer blockbuster Cocoon (1985). She was among the casts which had veteran actors Jessica Tandy, Hume Cronyn, and Maureen Stapleton.

Although Cocoon became a blockbuster success she went back to continue her career in Italy and Germany for several years. And she did enjoy great success starring in the 1989 Italian romance-drama mini-series Disperatamente Giulia (1989), from the director and theater actor Enrico Maria Salerno. In the series, she co-starred with one of Italy’s most celebrated film stars, Fabio Testi, and Laura Antonelli.

In the American film industry, Tahnee has appeared in some indie pictures such as Search and Destroy (1995), based on Howard Korder’s play; I Shot Andy Warhol (1996), from the helmsman, Mary Harron; and Sue (1997), by the director, Amos Kollek.

After Cocoon, the San Diego-born actress played Rosebud in the 1987 film, Sleeping Beauty before portraying Daniela Santini in 1987 Lethal Obsession. She then started to appear as Shannon Taylor in the CBS soap opera Falcon Crest.

In 1995, Tahnee starred alongside Dennis Hopper, Christopher Walken, and Griffin Dune in the action/comedy-drama, Search and Destroy. The following year, she was in a biographical drama movie, I Shot Andy Warhol. That same year, Raquel Welch’s daughter also voiced the character, Catherine Powell in the video game, Ripper. In the late 1990s, Welch did two TV movies, Johny 2.0 and Body and Soul. Her last screen appearance was in a 1999 short film titled Pyrite.

Tahnee Explains Why She Quit Modeling

While talking with Sun Sentinal in July 1987, the Disperatamente Giulia star revealed why she quit modeling and shifted her passion to acting.

The former Playboy model said her modeling career was rather for “five-minute.” She explained she

“wasn’t very good at it. I didn’t enjoy it. It was painful for me.”

Welch reasoned the pain came from her conviction that she had nothing to offer a business whose chief concern was a beauty. She admitted to feeling very ugly inside and said it didn’t matter that what she had was of value to others. For her, it was humiliating — “almost like the emperor has no clothes.”

On January 20, 1988, two men knocked Raquel’s daughter outside her Manhattan East Side apartment. Welch was returning from late-night grocery shopping around 12:40 am EST. The attackers after pushing her to the ground punched her in the face and snatched her purse. The police, however, caught only one of the men, a 17-year-old named Elvin May of Brooklyn. Later the court charged him with two counts of robbery on the basis of the witnesses.

After the attack, the Cocoon actress was taken to New York Hospital-Cornell Medical Center where she received treatment for lacerations above her right eye that required several stitches. She had a bruised left eye, scrapes to her face and hand, and back pains.

The five-foot-six-inch actress reportedly had a serious romance with actor/director/writer, Luca Palanca. The two met when Tahnee was working in the kitchen of Joe and Joe’s Pizzeria, the Palanca family’s restaurant.

Fun Fact: The eatery’s business surged when word went out she was Raquel Welch’s daughter.

She was also married to an English actor Jared Harris from 1991 to 1996. Tahnee Welch’s ex-husband, Harris is known for playing Lance Pryce in AMC’s Mad Men and Valery Legasov in HBO’s Chernobyl.

She Didn’t Have A Good Relationship With Her Mother, Raquel Welch

Tahnee had a difficult childhood with her mother and did not have a close relationship. Raquel, herself, admitted in an interview with the Daily Mail (30 Oct. 2010) that with success, she focused her career above her children. She revealed she often abandoned Tahnee and Damon with nannies while she took part in assignments many thousands of miles away.

The Golden Globe-winning mother of Tahnee also said she would frequently sign letters to her children with her signature ‘Raquel’ as she would to her fans, rather than ‘Mom.’ Additionally, she admitted how her kids would not give her an ‘A’ as a parent.

Raquel’s autobiography Beyond the Cleavage also talks about the narration of their relationship.

Tahnee would often abruptly stop doing interviews for the film Cocoon (1985) because she would get tired of answering questions about her mother.

Where Is She Now?

It’s been quite some time since tabloids last talked about Raquel’s daughter, Tahnee Welch.

Her last appearance; something that was for the general public was in 2017 when her actress mother, Raquel posted a TBT picture of herself and Tahnee on the occasion of Mother’s Day. The Instagram post featured showcased imaging from 1993 where the mother-daughter duo is posing for the cover of Interview Magazine.

Unlike her mother Raquel Welch who is still spotted out and about by paparazzi every now and then, Tahnee’s appearance has been relatively rare in recent years. Consequently, not much is known about how she’s filling her time now that she’s no longer active on the silver screen.

Also, it is unclear if she is yet a mother or just fine standing on her own.

Some Other Facts About Tahnee Welch:

Who Is Kenna Tota? Facts On Christina Milian and M. Pokora’s Younger Son