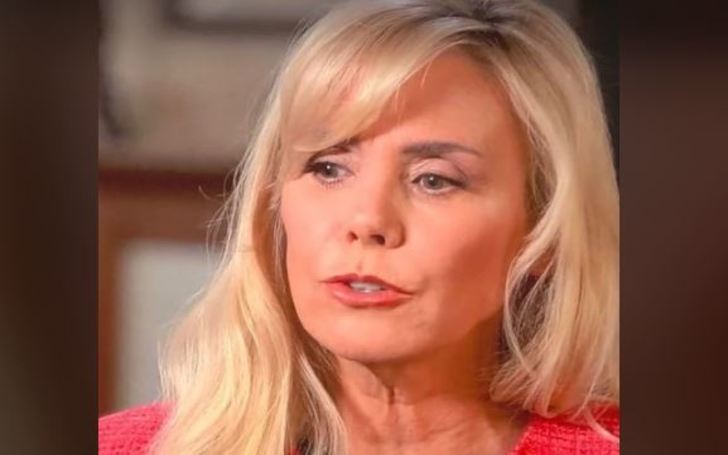 Tammi Menendez or Tammi Ruth Saccoman is the wife of the infamous Erik Menendez of the Menendez brothers who killed their own parents in Aug 1989.

Even though there are no recent developments in their case (court-wise), the Menendez brothers have managed to make their way back into the spotlight thanks to their defenders on TikTok. They have also been gaining the spotlight on other platforms such as Instagram, Facebook, and Twitter.

What’s more intriguing about the case is Tammi started her relationship with Erik when he had been all sentenced to life imprisonment with no parole. People criticized her for her unusual denial about the reality of their situation. She even went on writing a book trying to best answer the dynamic of her and her prisoner husband’s life.

So read why Tammi chose to have a difficult courtship. Also read about her early life, how she work on her relationship with her husband in no chance of getting out, and more.

Tammi Menendez Is Of Dutch Descent

Tammi was born in October around the year 1960/61. Tammi never clearly mentioned her father or mother in any of her interviews.

Obviously enough, the details with respect to her life prior to having a relationship with Erik are still a mystery. However, in her book, Tammi has written that her native country is Holland. She presumably has an early connection to Keukenhof. Although it is unclear if she, herself was born in the country or it was just her parents.

What Her Husband, Erik Menendez, And Brother-In-Law, Lyle Menendez Did

Erik and Lyle Menendez killed their parents, Kitty and Jose Menendez in their Beverly Hills mansion on 20th August 1989. The year was 1989. In two separate trials, both brothers explained they killed their parents in self-defense. They said their father was sexually abusive and feared that he would kill them. The jury, however, didn‘t buy it.

Menendez’s husband Eric and her brother-in-law, Lyle Menendez received a life sentence in 1996 for the double murder of their parents. First, the brothers served their sentences separately for more than two decades. They though reunited at the Richard J. Donovan Correctional Facility in California in 2018.

The Other Reason Why The Menendez Brothers Killed Their Parents

On the other hand, prosecutors believed that the Menendez brothers’ main motivation was greed. Kitty and Jose’s friend Karen Ferrell one of the prosecutors explained that Lyle and Erik were scared of being written out of their parents’ will. Before their death, Jose was a prominent Hollywood producer. He and his wife had an estimated net worth of $14 million.

Karen also described a moment when Kitty was at the family computer updating her will and speaking openly about removing her sons’ names. She reported Kitty saying, ‘I don’t care. They know I’m not gonna give them any money.’

Erik’s spouse said the ceremony was wonderful until she had to leave. She added it was a very lonely night. Few in Tammi’s family understood her decision to marry a convicted murderer. She told NBC that her mom was supportive of her decision.

When reported in 2005, Tammi at the time said she visited Erik regularly in prison but said she hated how the guards treat her like a convict. In her book, They Said We’d Never Make It, Tammi writes being married to Erik is a hard and painful life. She adds it’s mostly because of the prison, “this pride-swallowing place.” Erik’s spouse explains it takes almost an hour or more just to get in there. She also complains how the guards sometimes treat her like an inmate, without any respect.

What Tammi Menendez Says About Her Convicted Murderer Husband

While Tammi acknowledged that Erik did something wrong in killing his parents, she also believes that his parent’s actions drove Erik and Lyle to murder them. The Dutch native said she knows her husband, his heart, his soul. She also said she had knowledge of what happened that night and did understand why the Menendez brothers committed the crime. Tammi then said that within everybody, put in certain circumstances, “you will be able to kill somebody.”

Do Tammi And Erik Have Children?

Tammi and her daughter, Talia visit Erik every weekend. Her daughter also formed such a close bond with her mother’s new husband. She even refers to him as ‘Earth Dad.’

Why Did Her Ex-Husband Commit Suicide?

In 1996 Tammi discovered that her ex-husband had been having a three-year sexual relationship with her other daughter. She was Chuck’s stepdaughter. The abuse had starting when her girl was 15.

Chuck turned himself into the police but two days later killed himself. This left Tammi bereft and needing to care for her and Chuck’s then-9-month-old daughter, Talia.

After Chuck’s death, Tammi came into a comfortable inheritance from her husband. She had been planning to move to Georgia with Talia. She had also started dating a doctor.

However, in the meantime, she also had been writing to Erik. When the court ordered the police to move Erik to Folsom State Prison, he invited Tammi. So, she flew out to Erik in Aug 1997.

Upon meeting, Erik persuaded her to be closer to him. Tammi eventually moved to Sacramento and began commuting as many as four times a week to the prison for visits.

How Tammi And Erik Began Their Relationship

Erik‘s wife, Tammi admitted she began feeling for him after watching his first trial on television.

It was during his second trial when Tammi linked with Erik. She had sent him a letter during his hearing no 2. The mother of two says she had no idea of what he was going through emotionally but wanted to let him know that there were people out there who empathized.

To her surprise, the New York-born inmate responded to her. The exchange of letters later morphed into phone calls, and eventually, Tammi visited Erik in prison. Their first meeting wasn’t romantic, but as the visits continued, they developed feelings towards each other. As mentioned, Tammi even relocated to California from Minnesota just to be closer to Menendez.

The couple has been married for seven years now. Though they have never spent time with each other except prison visiting time. They‘ve appealed to the courts to overturn her husband and brother-in-law’s sentences, but the officials haven’t been that lenient.

How Does Their Marriage Work

Although the court hasn’t permitted Erik and Tammi conjugal visits, they do get to share brief moments of intimacy.

In 2005, the prisoner’s wife admitted to People that not having sex in her life is difficult. But she said it was not a problem for her. In her book, Tammi writes how she and Erik get to have their moments of intimacy.

She explains she reaches up and slips her hand around his neck. Tammi then leans into him until she can just feel the steady pounding of his heart, her chest meets his’, she lowers his head and raises her lips to his. She writes she kisses him like she’s never kissed him before. After a while the guard taps on the microphone.

Do They Have Special Arrangements?

In Dec 2005, NBC news asked if Tammi and her husband Erik have special arrangements in terms of their marriage considering each of their situations. To this, the inmate’s wife answered,

She explained her husband would be upset if she started going out to dinner with somebody or something like that. Tammi also revealed about not having any male friends.

Is There A Chance Of Tammi Meeting Her Prisoner Husband Forever

There has been no movement in their case. And as per the reports, it is unlikely that the Menendez brothers will ever leave prison. However, in recent times, there has been quite a movement on sites like TikTok, Facebook, and Insta all raising movement to lessen of free Tammi’s husband and her brother-in-law.

Where Is Tammi Menendez Now?

There haven’t been many updates with respect to the Menendez brother and neither Tammi.

However, on 4 April 2018, the court shifted Lyle to the same housing unit as Erik at the Richard J Donovan Correctional Facility in San Diego County. The brothers reunited for the first time.

Erik’s brother, Lyle, and wife Anna Eriksson divorced after five years — having married in prison. As per reports, Erik and his wife Tammi Ruth Saccoman have stayed married since 1999.

Much like her current whereabouts, little to none has been unraveled about Tammi’s wealth. So far it has been known that she received quite substantially with her former husband’s death. But the figures were never made public.

Her story was adapted into a documentary called Mrs. Menendez. Filmmakers Nancy Saslow, an Emmy and a Peabody Award winner, directed the film, and Carolyn Carmines produced it.