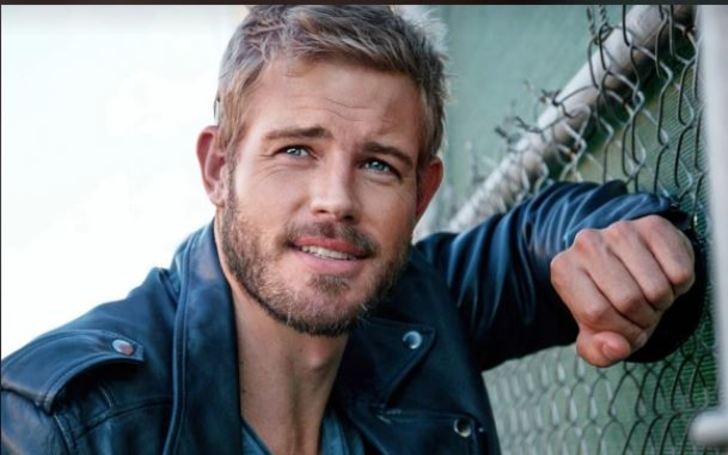 He often causes fans to swoon, and ratings to soar with his mere presence in the Holiday movies. The blonde actor has been in the show bix for over 15 years.

Still, Donovan has a lot more to say than just what people have seen till yet. Here’s a piece looking back at how he went from a modeling career to becoming an actor. Know all about his life before he stepped into Hollywood, his personal life; does he have a wife or girlfriend as well as his upcoming projects.

Trevor Donovan Has Been Skiing Since His School

Trevor Donovan Neubauer was born on October 11, 1978, in Bishop, California. He, however, grew up mostly in Mammoth Lakes. The Savages star has one younger brother, Jake, who is a fireman in Sacramento as well as an animal lover and advocate. He is of Norwegian (one quarter), Welsh (one quarter), Bohemian/Czech, English, Irish, likely German descent.

Donovan grew up skiing and snowboarding and was a member of the United States teen ski team. He graduated from Mammoth High School, in California.

A true Renaissance man, he plays guitar, sings, is proficient at most sports, and has a bachelor’s degree in graphic design.

The Californian ended up at an arts and advertising school in Los Angeles and received a B.S. in Graphic design and marketing. While attending college, Donovan began acting classes out of curiosity and eventually decided to pursue it as his career.

Donovan resides in both Mammoth and Los Angeles. His home in Mammoth Lakes, a town in California’s Sierra Nevada mountains is about five hours from Los Angeles.

Donovan got his break in modeling in 2003 and appeared in the Summer 2003 Abercrombie & Fitch Quarterly.

He has modeled for Sony, in 2004, Dolce e Gabbana in 2005, and other companies such as Speedo, Tyr, Cotton Belt, JC Penney, Gottschalks, Target, and the May Co.

Donovan did some nudes during his early days as a model. For D and G, he often posed nude. In Feb 2012, he made headlines posing without zero clothes except for a loosely held towel that barely covered him up.

He Is An  Also Activist

Additionally, Trevor Donovan is an ambassador for Habitat for Humanity. Donovan is also an active volunteer and ambassador with the Robert F. Kennedy Center for Justice & Human Rights.

Further, the 90210 star runs his own campaign called CK9 which he developed to raise awareness of a horrible condition caused by irresponsible dog-breeding. Donovan has been a huge advocate for the rights of pets.

He briefly appeared in 2007 on the NBC daytime soap Days of Our Lives as Jeremy Horton. Two years later in 2009, he had a minor role in the 2009 sci-fi film Surrogates. It was the Surrogate form of Tom Greer (Bruce Willis).

In June 2009, Donovan landed a recurring role on 90210 as Teddy Montgomery. He first appeared on the series on September 8, 2009. On May 20, 2010, The CW announced that they had upgraded him to series regular. Later, the network reported that his character would come out as gay in the third season, which premiered on September 13, 2010.

The following year in July 2011, Donovan signed for a role in Oliver Stone’s film Savages. The film hit theaters in July 2012. He originally screen-tested for another character but the filmmakers later edited it off. However, when Stone saw Donovan’s screen-test video, he wrote a part for him that was not in the original book.

After 90210 ended, the Golden State resident got a recurring role in the third season of Melissa & Joey. It was a sitcom that starred Melissa Joan Hart and Joey Lawrence as the title characters.

In Feb 2021, Trevor joined Dennis Quaid for Ronald Reagan’s biopic film. The movie is set to release in early 2022.

Did Trevor Jackson Do His Own Stunt In Two For The Win?

Being a Ski-boarder, himself, it was only a matter of time before he did it for one of his movies. And he eventually
got to do a lot of his own stunts for Two for the Win.

With TV Insider, he said he got to do a lot of his own skiing. He confessed he did most of it, but they had time restrictions and weather restrictions.

Is He Going To Do More Hallmark Movies?

In an interview, Donovan said he’s always up for doing more Hallmark projects, but at the time he said nothing had been set in stone. He also said it is unclear what regulations will be in place in the future.

Trevor is also an advocate for an anti-bullying initiative. He has visited several schools so students could learn to be kind kids and stick up for others not as fortunate as them.

In December 2019, the Days Of Our Lives star successfully held his first anti-bullying assembly at Deer Lakes Middle School in Pittsburgh, PA.

Donovan’s service also includes the #bethekindkid campaign. Though the actor later changed it to #TheUpstanders. Before the pandemic 2020, Trevor partnered with the Ad Council on a nationwide anti-bullying program.

GAC Media also collaborated with the actor in bringing his anti-bullying message back to schools.

Trevor Donovan Own Experience With Bullying

In an interview, Donovan revealed bullying was something he, himself experienced when he was a child.

In 2019, he talked about one of the moments from his school during an anti-bullying assembly at Deer Lakes Middle School. He revealed that once when he was on that ski team, he ended up peeing in his own pants because he needed to use the restroom when the group was skiing. He, however, was afraid to tell the others.

The Surrogates actor added after the incident, the rest of the season became awful for him. Donovan said other students started teasing him every single day and called all sorts of names.

Trevor Has Written A Book About Dogs

In 2018, Donovan penned Love Always, Dogbert & Tito. It follows the magical adventures of his German Shepherd and English Bulldog. The writing additionally is a tale of love, inspiration, and hope for adults and children of all ages.

It took inspiration from real-life everyday experiences that fans shared with Donovan via social media: Instagram @TrevorDonovan and Twitter @Trevdon.

What Is Trevor Donovan Net Worth?

Donovan has been in the acting gig since the early 2000s and has appearances in over 40 TV projects, series and films combined. And while there are no credible reports regarding his earnings from acting, he is very understandably a millionaire.

Although the numbers tagged to his net worth vary as per the sources, Donovan, to a considerable extent is reported to have a fortune in the ballpark of tens of millions of dollars. Some state the figures are as high as $50million.

What’s more, he is also a bit on the side of making the money out of entertainment projects. He is in the producing and behind-the-scenes business with GAC Media (GAC Family and GAC Living). The blue-eyed celeb recently signed an overall deal with a new media company run by Bill Abbott called GAC Media. He also has his merchandise line, Citizen K9.

Does Trevor Donovan Have Girlfriends?

While nothing much about his current dating life is in the air, Donovan, in the past, was alleged of having a romantic dynamic with several high-profile female celebrities.

He reportedly dated Sonia Rockwell from 2006 and 2009. However, because they kept it so well under the radar that only little is known about the couple’s relationship or why they broke up.

Over the next years, news about Trevor’s love life became scarce and has been so even lately.

However, in 2014, Trevor was allegedly in a relationship with John F. Kennedy’s niece, Kerry Kennedy. Speculatively, the couple became close friends when the six-foot-two inches tall actor volunteered at the RFK Center for Justice and Human Rights.

Additionally, Trevor was one of the first people to learn about Kerry’s DUI accident in 2012. Later he became instrumental in helping Kerry recover from the incident. Consequently, the couple’s close relationship led to rumors that they might be dating.

Amidst the rumors, a Kennedy family member speaking to Mail Online referred to Kerry and Donovan as soul mates. The person also said Trevor and Kerry were being extremely low-key and discreet.

The relationship hearsays, however, died down after it emerged that nothing was going on between the pair.

Did He Date Paris Jackson?

In 2017, the media spotted the late Michael Jackson’s daughter, Paris Jackson holding hands with 90210 actor Trevor Donovan in Los Angeles. However, in July of that same year, the then 19-year-old model and actress took to Twitter to dispel relationship rumors.

she posted in a since-deleted tweet. It also contained pictures of her holding hands with her female friends, including Sofia Richie.

Trevor also denied the relationship in a statement provided to Just Jared Jr. His rep additionally said they were just friends. And they were working on a ‘Be Pawsome, Adopt!’ campaign for local L.A. shelters.

In 2011, he was also briefly rumored to have had something going on with Dianna Agron, a Glee alum. In any case, despite being such an eligible bachelor and having a handful of relationships, Donovan is yet to have a wife or even a longtime partner.

Other Facts About Trevor Donovan