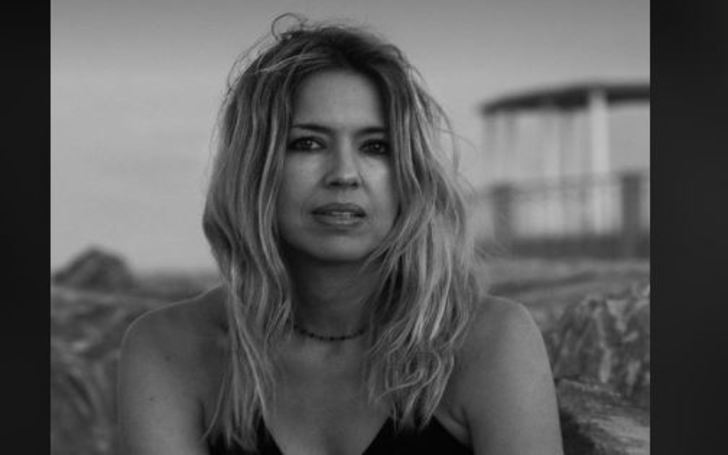 Veronica Rubio is a photographer better known as the ex-wife of Puerto Rican actor, Carlos Ponce. Rubio and Ponce were married for nearly one and a half-decade before they divorced in 2010. She is also the sister of a politician, lawyer, and senator, Marco Rubio.

Altogether, she has six children from two marital relationships. Although tabloids and media well documented her life with Ponce, there has been hardly a talk about her doings after the separation from the actor.

Veronica did move on good post her split with Ponce; in fact, raising two kids with her next partner. So who was she really married to? Are they still together? Also, what is he doing professionally? Know all these in the article below.

Veronica Rubio Is A Daughter Of Cuban Immigrants

Rubio was born in Miami, Florida on November 24 presumably around the year, 1972. The daughter of Mario Rubio Reina, and Oriales Rubio (nee Garcia) an American by nationality and is of Cuban descent.

Her father, Mario, and mother, Oriales immigrated to the United States from Cuba in 1956 during the regime of Fulgencio Batista. Veronica’s maternal grandfather Pedro Victor Garcia also came to the States around the same time. Her grandfather left Cuba after enduring hardships, including the loss of his wife.

This relocation apparently took place two and a half years before Fidel Castro gained power in the Caribbean nation. Though, the latter statement carries several suspicions (more down below).

Her parents became naturalized US citizens in 1975. Rubio would lose her dad in 2010 (age 83) at Baptist Hospital of Miami after a long battle with emphysema and lung cancer.

Nine years later, the photographer also lost her mother on September 27, 2019. The blonde actress’ brother, Marco took to his Instagram to announce the news. “My mother Oria Rubio returned to be with the Lord on Friday night,” wrote Veronica’s older sibling.

In addition to Marco, Rubio has two more siblings, Mario and sister Barbara Rubio. They, too are older than former Ms. Ponce. All the Rubio siblings with their parents lived in Las Vegas, Nevada in the late ’70s and early ’80s. The folks in beginning lived as an itinerant splitting time between New York and Los Angeles. Veronica’s parents though lived most of their time in the Miami area.

As a child, Rubio, her two brothers, and her sister grew up following the Catholic faith; while in Nevada, the family used to attend The Church of Jesus Christ of Latter-day Saints.

During their stay in Vegas, Rubio’s father, Mario worked as a bartender at Sam’s Town Hotel and was also a school crossing guard. Her mother, on the other hand, was a housekeeper at Imperial Palace Hotel and Casino and also used to stock shelves at Kmart.

Veronica Rubio’s Brother Is A US Senator

Rubio’s senator brother, Marco is married to his wife, Jeanette Dousdebes since 1998. Dousdebes is a former bank teller and a Miami Dolphins cheerleader. The pair reportedly tied the knot in a Catholic ceremony at the Church of the Little Flower. Together, Marco and Dousdebes are parents to four children.

Did Her Family Really Leave Cuba To Escape Castro’s Regime?

However, in October 2011, a review of documents — including his parents’ naturalization papers and other official records showed slightly different facts. The filings showed that Veronica’s parents came to the United States more than two-and-a-half years before Castro’s forces overthrew the Cuban government.

The daughter of Cuban parents, Rubio had quite a history with Puerto Rican actor/singer Carlos Ponce. The couple married in the mid-1990s.

Some even go as far as claiming that Veronica and Marco were high school sweethearts.

During their fourteen-year of courtship, they welcomed their first child, a son Giancarlo in 1999. Two years later, they added another son, Sebastian to the picture. The former husband and wife also adopted twin daughters Savannah and Sienna from Russia.

The photographer and the Couples Retreat actor finalized their divorced in 2010. The ex-couple, however, never really talked about what actually went wrong between the two.

In 2017, during an appearance on the TV program Un nuevo dia, Ponce said that he and Veronica, in total, had spent 23 years. Ponce recently acted in Netflix hit series, The Five Juanas starring alongside Oka Giner, Zuria Vega, Renata Notni, Juana Arias, and Sofia Engberg.

Life After Divorce; Veronica Married Again And Have A Family After Separating From Ponce

As of the present, Veronica doesn’t seem to have a romantic partner. Nor does she seem to be in some sort of a marital union. As evident from her socials, she appears devoted to spending most of her time with her children and her two younger kids.

The Latina photographer in addition to her four children with Ponce also has two more kids, a girl named Jaylah and a boy, Tony.

What’s interesting though is the fact that Veronica hasn’t mentioned much about the father, other than his name is Chris Boulos. She though has confirmed that she divorced their father, who apparently is of Hispanic origin and a Florida resident. Rubio has also revealed that the separation which happened in March 2018 was something that Jaylah and Tony didn’t take well.

On the other hand, her celebrity ex-husband Ponce is now the husband of Enamorándonos host Karina Banda.

Two years earlier prior to dating Banda, Carlos had dated Colombian actress Ximena Duque for about six years before splitting in 2016.

Veronica Rubio Is A Photographer And So Is Her Daughter

Although a photographer by profession, Veronica has never talked about her passion for it nor has she once mentioned her journey into it.

Interestingly, her daughter, Savannah is also into photography. Her daughter’s bio writes she has been pursuing her dream as a photographer for over five years, though she still considers herself an amateur.

Savannah displays her skills on her Instagram as well as on her website. She has even shot her stepmother, Banda.

The daughter of Ponce and Rubio credits her mother for pursuing photography. She explains seeing her mom’s work as a child was something that really inspired her to develop her skills behind the lens.