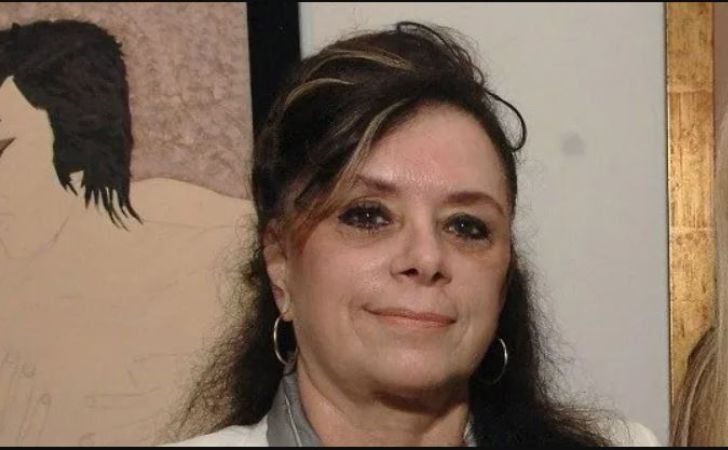 Victoria DiGiorgio was just an ordinary teenager before she was married to John Gotti. Her late husband John Gotti was an American gangster who, over time developed an identity of the most notorious criminal families in New York. Over the years, as the wife of John Gotti and a member of the Gambinos, Victoria went through a lot of pain.

She was married to her husband until his death in 2002. Well, how is Victoria Digiorgio’s life since the death of her husband? Where is she now? In this article, we are going to talk about her career, house, sibling, net worth, & much more.

Reportedly her father was an Italian, whereas her mother was half-Italian and half-Russian. They eventually migrated to the United States and settled down in New York City.

Unfortunately, Victoria’s parents divorced soon after they moved to the US. At the time, she was just a 2 years old kid. So far, she has not revealed any details about her siblings.

Victoria DiGiorgio Is The Widow Of Gangster John Gotti

Like we said earlier, Victoria DiGiorgio was married to John Gotti. The couple married on March 6, 1962, in a private wedding ceremony. Talking about the beginning of their romantic relationship, they met for the first time at a bar in 1958.

As fate had it, their first meeting was an instant click for both of them. The former couple dated for over four years before they finally decided to tie the knot.

Though the couple shared an incredible bond, they started having trouble in their marriage later on. The conflict primarily arose after Gotti introduced one of their son John Jr. to the mafia world without DiGiorgio’s knowledge.

Apart from occasional misunderstandings and conflicts, Victoria apparently had a decent relationship with her late husband Gotti. But unfortunately, their marriage came to an end on June 10, 2002, after her then-husband died in the United States Medical Center for Federal Prisoners, Springfield, MO. He died because of complications from throat cancer.

Victoria DiGiorgio’s husband John was first diagnosed with throat cancer back in 1998. Thereafter, he was sent to United States Medical Center for Federal Prisoners in Springfield for Surgery. Though the tumor was removed, it reappeared two years later. Thus, he was sent back to Springfield, where he also lived the rest of his life.

Unfortunately, his condition declined eventually, leading to his death at the age of 61. His family didn’t get Requiem Mass, but rather a memorial Mass after the burial.

Victoria DiGiorgio is the Mother Of Five Kids

Well, Victoria had five beautiful children, Angel, Victoria Gotti, John A., Frank, and Peter J. Gotti from her marital relationship. Unfortunately, she lost one of her children Frank when he was just 12 years old. He was reportedly hit by a drunk driver named John Favara, who was their neighbor.

Well, almost four months after the death, Favara reportedly disappeared, which led to the assumption that John was involved in the matter, which was never resolved.

The death of Frank took a toll on Victoria, emotionally and mentally. She had reportedly gone into depression and had even become suicidal.

Besides, as per FBI documents, Victoria was also married once before John. In fact, she also had a kid from her relationship with her first husband. However, she has not revealed any details about the matter.

Her Daughter Victoria Is A TV Personality & Reality Star

Born in the Gambino crime family on November 27, 1962, DiGiorgio’s daughter Victoria Gotti is an author and reality TV star as well. She has appeared in numerous reality TV shows. Her first appearance was in the A&E Network’s reality show Growing Up Gotti, where she appeared from August 2004 until December 2005.

Likewise, back in 2012, she took part in the TV series Celebrity Apprentice. The show premiered on February 19, but unfortunately, Gotti was eliminated from the competition just 2 weeks later.

Further, she has also made guest appearances in other shows like The Real Housewives of New Jersey, Mob Wives, & others.

What Happened to John Gotti’s Wife Victoria? Is She Still Alive?

Victoria has had several health complications over the years but she is still alive and kicking. She reportedly had a heart attack back in 2013 and also suffered a stroke the same year. But there are no records of her death.

As a young woman back in the day, she was physically active and enjoyed riding and watching a horse race. Thus, it is quite likely that she is leading a healthy life in the present as well.

Where Is Victoria DiGiorgio Now? What Is She Doing?

Well, this is one of the most looked-for questions about Victoria. Well, ever since the death of her spouse, she has kept herself completely away from the limelight. She rather spends her time with her kids and grandchildren.

Further, there are sources that have claimed Victoria is running a business and doing pretty well as an entrepreneur. Her daughter Victoria is also a businesswoman like her, and also a writer, & TV personality.