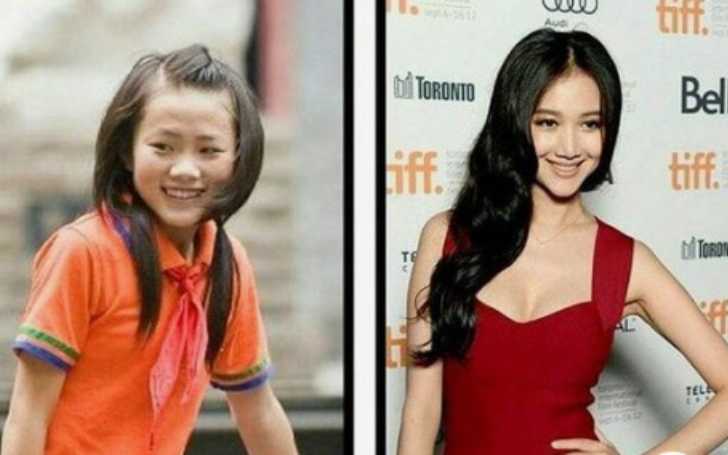 Wenwen Han is an actress, violinist, and dancer who shot to fame as a child actor in the movie The Karate Kid. Even though this wasn’t her debut movie, it was through this movie she attained the limelight.

The actress then made quite an impression as Mei Ying played alongside Jacky Chan and Jaden Smith in the movie. However, she took a break for some time from the screen after that making a come back in 2018. Despite the fact that she gathered enough attention at the beginning of her career, she has been absent from the media for a long time now. So, where is she now?

Further, the questions on her love affairs, boyfriend & marital relationship have remained mostly unexplored. Well, scroll down the article below to know all the details about The Karate Kid actress, Wenwen Han.

The beautiful Wenwen Han was born in the year 1995, which makes her 27 years old as of 2022. She celebrates her birthday on 24 August. Moreover, the child actress was born and brought up in Xian, China.

Talking further about her early details, she belongs to Asian ethnicity and holds Chinese nationality. Also, she was born under the star sign Virgo.

Well, since Mei Ying is not so active on her social platforms and maintains a low-key profile, her academic qualifications and childhood details are behind the closed door. Meanwhile, tabloids suggest that she had attended some local private school for her primary education.

Her Physical Appearance and Height

Han is a beautiful Asian girl with a fair complexion and long dark brown hair. She has a set of dark brown eyes and stands 5 feet, 5 inches tall.

Is The Karate Kid Actress, Wenwen Han In a Relationship?

Multiple reports have speculated that Wenwen is married to one of the members of the Taiwanese Mandopop vocal quartet boy band F4, singer Ken Chu. However, that is not the truth as he is rather married to actress Vivien Han Wenwen, also known as Han Wen Wen.

The confusion might have been raised because of the similarity in the names of the actresses. In fact, they both come from the same country and have the same profession which has made the gossip believable. However, the Han that the singer has married is 42 years old, unlike the Karate Kid actress.

Nevertheless, as of now, the relationship status of Wenwen Han is not so clear. Considering the fact that the actress hasn’t herself talked about having any boyfriend or husband, we cannot say if she is in a relationship or not.

This may raise many of your eyebrows but the child actor had already debuted back in 2007. She made her first appearance in a Chinese war drama, Zhong Guo Xion Di Lian. Later in 2010, Wenwen was signed for the historic movie The Karate Kid alongside Jackie Chan and Jaden Smith. There, she portrayed the role of Mei Ying.

While her fans were awaiting her to see her work on other projects after the success of The Karate Kid, she took a break from her career for some time. Regardless, without making her well-wishers sad for long, she made her comeback in 2018.

Wenwen starred in the Chinese post-apocalyptic movie Ink & Rain. Following that, she also played a role on the Chinese TV show Hai Mei Ai Gou in 2020.

How Old Was Wenwen Han In The Karate Kid?

The Karate Kid was one of the prominent movies Wenwen appeared on. She was a 14 years old teenager when she played in a particular movie. It was through this film that the child actress got popularity nationally and internationally.

What Does Wenwen Han Do Now?

As we mentioned earlier, Wenwen likes to keep her life private, she hasn’t opened up much about herself. Though the actress had taken her time off the screen for some period, it seems she has decided to resume her career in acting.

As Wenwen is also a trained dancer and a violinist, she may also be seeking to do something in that field as well. Well, looking at her flourishing career, she must be planning to come up with various projects. We are yet to see what she comes up with.

How Much Is Wenwen Han’s Net Worth?

The 27 years old is doing well in her profession and has amassed a good amount of money from her career. As of 2022, the net worth of Wenwen ranges between $1 million to $2 million.

Even though she created her account in August 2012, she isn’t active on it since 2016 as her last tweet is on April 28, 2016. According to her IMDb profile, she had over ten thousand Twitter followers back then, in 2015.