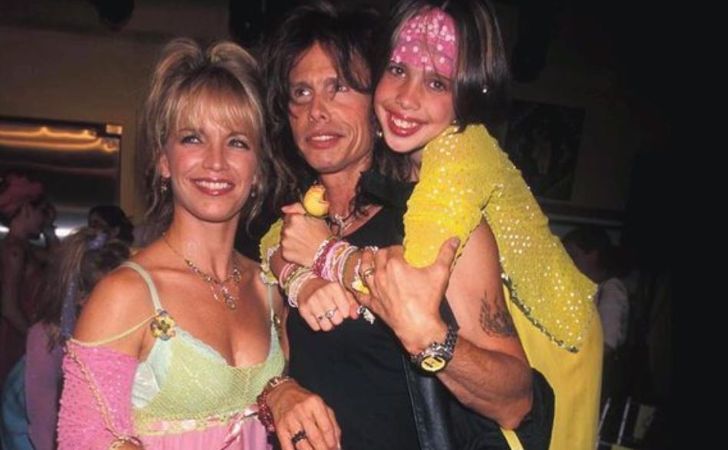 Teresa Barrick is an American fashion & clothing designer by profession. But she is most recognized as the ex-wife of Steven Tyler, frontman, and the lead vocalist of the Boston-based rock band Aerosmith. Barrick and her ex-husband Tyler were married for 17 years before they finally divorced in 2006.

In their 17 years long togetherness, she also became a mother of two children. Well, as of 2021, it has been over 15 years since she split from her singer-husband. So, where is Teresa Barrick now? In this article, we are going to explore some untold facts about her personal and professional life.

Further, we will also know her whereabouts. Let’s begin.

Who Is Teresa Barrick?

American clothing designer Teresa Barrick was born on March 21, 1960. Born in a Christian family in a small US city, she reportedly had a very ordinary upbringing.

Coming from a family with no background in the entertainment industry, most part of Barrick’s childhood days is not documented. Also, she never happened to talk about her parents in the media. But one fact for sure, she has a twin sister named Lisa Barrick.

Like it is famously known, Teresa Barrick is the ex-wife of Steven Tyler. In fact, she gained fame only after marrying Steven. The successful singer and a professional clothing designer married on May 28, 1988, in Tulsa, Oklahoma.

Their wedding was reportedly a private affair with just their friends and family members attending the ceremony. Teresa, who was already working as a fashion designer, was the one to design the wedding attire for her then-husband.

Tyler & Teresa, whose life involved a lot of drugs and addiction, reportedly cleaned up themselves at the methadone clinic before they walked down the aisle.

Soon after their marriage, Teresa gained huge fame in the media. In fact, their recognition only came after she married the Aerosmith singer. But unfortunately, things were not meant to last forever.

Almost after 17 years into marriage, the couple divorced. Teresa filed for divorce in February 2005, which was finalized in January 2006. As per the report, Tyler’s infidelity was one of the many reasons behind their divorce.

How Did Teresa Meet Her Then Hubby Steven Tyler?

Well, Teresa Barrick met her then-husband, Steven, back in 1978 via her twin sister Lisa. At the time, Lisa was reportedly dating the singer’s drug dealer. Though Tyler initially wanted Lisa as his girlfriend, she showed no interest and introduced him to Teresa.

Well, Barrick as a music lover fell for the singer and eventually started dating. They dated for around a decade before they eventually walked down the aisle.

She Is A Mother Of Two Children

Beautiful Teresa is a mother of two children, a son named Taj Monroe Tallarico, and a daughter named Chelsea Tyler. Taj was born on January 31, 1991, in Boston, MA, three years after their marriage. Likewise, their second child Chelsea was born on March 6, 1989.

Both her kids are successful professionals. While her son is an actor, Chelsea is a successful singer and actress. As a mother, she shares a great relationship with both the kids.

Teresa Is A Grandmother

In case you didn’t know, Teresa is also a grandmother. Her daughter Chelsea is married and already a mother to a son named Vincent Frank Foster. Her grandson was born on February 21, 2020.

Besides, her step-daughters Liv and Mia are also mothers. While Liv has three children Lula Rose, Sailor, and Milo William Langdon, Mia has a son named Axton Joseph.

As a grandmother, she shares a great relationship with all her grandkids.

Did Teresa Remarry After Her Divorce?

Since her divorce, she has reportedly remained single and never married. However, there are rumors that she dated a guy from Boston, but the news was never confirmed.

Teresa Barrick Is A Clothing Designer

As we said, Teresa is a successful clothing and fashion designer. While she is no more in the profession, she led a successful business in the past. In fact, she even worked for some high-profile clients in the past, including Steven as well.

Prior to becoming a designer, she worked at a restaurant where she served buffalo burgers, exotic dishes, and whatnot.

Where Is Teresa Barrick Now? Rumors Of Her Death

There are rumors that Barrick is already dead but the fact is she is still alive. In fact, she leads a beautiful life in 2022. She has also quit her career as a fashion designer and is a homemaker at present.

Also despite being a celebrity, she has completely avoided media and leads a low-key life away from the glitz and glamor.