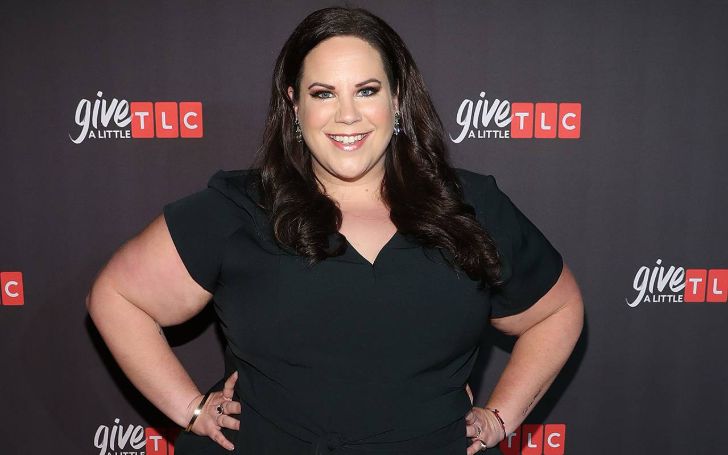 My Big Fat Fabulous Life star Whitney Thore is a hot cake in the town. Be it for her love life, or her career, she is in the news every now and then. Recently, in May, she was in the media for breaking her engagement with ex-fiance Chase Severino.

Well, here, let’s discuss all the interesting details about American television personality Whitney Thore. Also, know if she is married or has a boyfriend.

The “My Big Fat Fabulous Life” couple Whitney Thore and Chase Severino got engaged in October 2019. And now in less than a year, the couple has called off their engagement.

Thore announced her break up with Chase in a lengthy Instagram post. In the post, Whitney explained the reason behind their split as Chase’s infidelity with a woman he had been with in the past.

In her post, Whitney also revealed that her fiance has impregnated the woman and will become a father very soon.

Her ex-fiance Severino had reportedly proposed to her back on October 9, 2019, during their trip to Paris.

Although they have broken up, let’s find out how their relationship began.

Thore and Severino’s love story began on the sets of “My Big Fat Fabulous Life” and it has been captured with precision. However, they met months before they began dating.

As Heavy reports, Thore met Chase on New Year Eve, back in 2018.

Whitney then-boyfriend Chase Proposed Her at the Eiffel Tower

Well, Severino proposed Whitney in the most romantic destination ever. After the end of season 6 of My Big Fat Fabulous Life, the romantic couple from the reality show traveled to Paris.

They documented their proposal in the TLC’s show:

And finally, on October 9, 2019, Chase popped the question to Thore at the Eiffel tower. However, the couple only announced their engagement in December 2019.

Although the duo had gotten engaged early in October, they announced it only in December of 2019 via Instagram.

In the now-deleted post, they expressed their excitement about their engagement and release of the reality show. Here is what she wrote:

“Chase and I are so excited to announce our engagement officially and even more excited for My Big Fat Fabulous Life viewers to share this happiness with us. We can’t wait to see the new season and watch as we hang out for the first time, go on our first date, fall in love, and make life-changing plans in Paris. It has truly been a dream.”

Unfortunately, just months after the release of the sixth season, the couple is no more together.

They Had Planned Their Wedding in March 2020

Whitney and Chase had planned to get married in March of 2020. In fact, there were plans that their wedding would even be documented on My Big Fat Fabulous Life.

However, things got ugly pretty early.

Whitney has just been in one relationship other than with Chase. She reportedly dated a guy named Avi Lang.

Their relationship began back when Whitney was shooting for the 4th season of TLC’s My Big Fat Fabulous Life.

However, things turned ugly after her boyfriend Avi refused to appear on MBFFL and the reason proved out to be shocking for Thore.

It came out that Whitney was just Lang’s one of many girls; he was reportedly cheating on her with his fiancee Nada Louis.

Well, Whitney let MBFFL document her break up despite all she was going through.

Talking about the same to Newsweek, she said,

Who Is Whitney Thore Boyfriend In 2021?

It looks like Whitney is not dating anyone in 2021. In fact, she seems to have taken a break from romance since her split from her ex-fiance Chase. Considering her social media posts and public presence, she seems to be single.