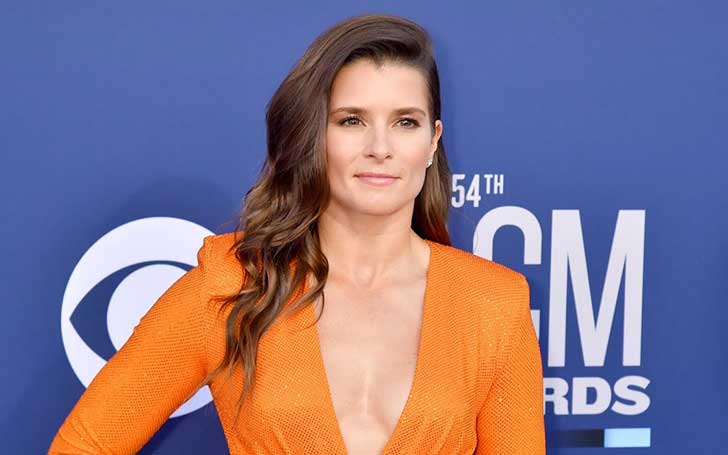 Danica Patrick is the name of one of the most successful women in the American open-wheel racing. Even though she has already retired from her professional racing career, Patrick has never failed to draw media attention, and that is through none other than her relationships.

Her relationship with NFL star Aaron Rodgers has ever been the topic for the gossip mongers since they started dating in early 2018. However, Rodgers isn’t the only man she has dated publicly.

So, who were the men Patrick dated before she found the Green Bay Packers quarterback? We have all the details here.

Patrick was Married for Seven Years-Who is Her Ex-Husband?

The former race car driver and the up and coming actress, Patrick was previously married to a physical therapist, Paul Edward Hospenthal for more than seven years. The ex-lovebirds met at his office in 2002 where she arrived after she sustained a hip injury during a yoga session.

The pair fell in love quickly and started dating secretly. After over two years of courtship, Danica Patrick, 23, and Hospenthal, 40, married on 19th November 2005. They tied the knot in a privately organized wedding in Scottsdale, Arizona.

Just over seven years of their marriage, the NASCAR driver filed for divorce in January 2013 citing an “irretrievably broken” union with her then-husband. Before she went on legally, Patrick had publicly announced her split in a Facebook post in November 2012. Their divorce was finalized on April 17, 2013. The ex-pair doesn’t have any children together.

Moved On Before Her Divorce Finalized

Patrick and Stenhouse announced they were dating in early 2013. The former confirmed her relationship in a chat with Associated Press, in which she said: “I have a boyfriend, his name is Richard.”

The couple dated for around five years during which they made plenty of public appearances. Both of them were pretty open about their relationship with the media. As a matter of fact, Patrick had also said that she wanted to marry Stenhouse and have children with him in many of her interviews. However, Stenhouse was never as keen as his girlfriend on the idea of marriage and kids. Many outlets believed that their different opinions on their marriage might have led them to break up.

After her break up with Stenhouse, Patrick started dating NFL player Aaron Rodgers. The couple first met in 2012 at the ESPY Awards. They sparked romance rumor in late 2017, which Patrick confirmed to AP in January 2018. They frequently make their public appearance and also share their love life on social media.

In late 2019, Patrick and Rodgers bought a huge mansion in Malibu, Calif. for $28 million. They haven’t revealed if they are moving in together or marrying any soon, however, Patrick has hinted she and Rodgers are thinking of marriage.