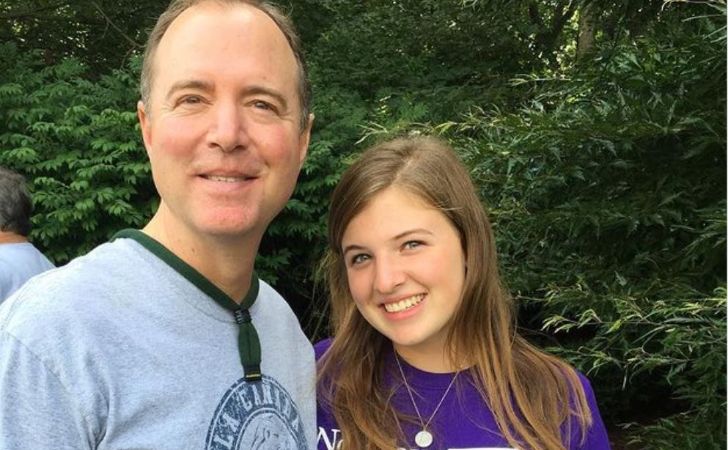 Alexa Schiff is the daughter of an American lawyer and the present U.S. Representative Adam Schiff. Unlike most of the star kids, whose achievement is overshadowed by their parents’ fame, Alexa has earned an identity for herself. She is a literature and language student and is currently an Associate Talent Booker at a creative content agency named Special Projects Media.

But what apart from her professional accomplishments? Is Adam Schiff’s daughter married? What is the truth about her rumored relationship with Eric Ciaramella? In this article, we are going through every aspect of her career, relationship, parents, and much more.

Alexa Schiff Is The Daughter Of Adam Schiff: Her Birth Details

Like we mentioned, Alexa Schiff, born Alexa ‘Lexi’ Schiff, is the daughter of father Adam Schiff, & mother Eve Schiff. She was born on July 12, 1998, in the United States, and is currently 22 years of age. Just for a fact, her father is a congressman from Southern California and a current U.S. representative.

She also has a younger brother named Elijah Schiff. Well, she shares a great relationship with her sibling. Talking of her nationality, she is an American and belongs to the white ethnicity.

If you didn’t know, Alexa is an educated individual. She did her schooling at Winston Churchhill High School in Maryland. While in her school, she also was a member of a cheerleading team of the school. Not only this, but she also served as a tour guide and school ambassador while also working in charity for the homeless.

Following her graduation in 2016, Alexa attended Northwestern University. There she earned her degree in English language and literature. She finished her university education in March 2020.

Though Alexa finished her University education only in 2020, she has been involved professionally for a long time. She first began her career in 2018 as an Editorial Assistant and Social Media Intern at Felix Magazine. Eventually from June 2018 to May 2019, she worked as an Intern for Chance the Rapper’s Stylist, Whitney Middleton at Whitney Middleton Creative.

Likewise, from May 2017 to September 2019, she was the President of the UNITY Charity Fashion Show. From March 2018 to March 2020, she worked as a Senior Editor at STITCH Magazine.

Well, Alexa currently works as an associate talent booker for Special Projects Media. She joined the position just after leaving her position as the Assistant to the Co-Founder of the same company in Jan 2022, as per her Linkedin.

Besides, Alexa once wrote an editorial for the Sacramento Bee which emphasizes public and private colleges in America.

Schiff Was The Member of the Jewish Foundation, Hillel

Alexa who grew up in the Jewish faith along with her brother was previously a member of  Hillel: The Foundation for Jewish Campus Life at Northwestern. It mainly encourages college pupils to know in depth about  Jewish life.

At the time, the celebrity daughter also worked as a counselor for the Jewish summer camp held in Israel.

Yes, when Alexa was still nine years old and was in the 4th grade, the celebrity kid went on to work with her father on Take Our Daughters and Sons to Work Day. She spent the whole day answering phone calls and sorting mail. She later explained how was her day with her father,

“It was great getting to spend the day with my dad at work today. It was fun getting to talk to people on the phone, but the best part of the day was finding my dad’s secret stash of chocolates in his desk.”

Over the years, Alexa has not revealed much when it comes to her love affairs and relationship. However, back in January 2020, there were rumors that she was dating a whistleblower named Eric Ciaramella.

Later on, it was found that all the rumors were baseless and several online sources were alleged for promoting misinformation. Not only this, but the guy who was said to be Eric, Alexa’s rumored boyfriend, was rather an undergraduate mathematics student.

Besides this, there are no details on her love life. Apparently, she seems to be single at present. That said, it is also quite possible that she is simply keeping her love life ultra-secret. Anyway, we cannot assure you anything until she opens up about her relationship status.

Her Parents Are Married For Years

Alexa’s parents Adam and Eve are one of those very few married couples who have been together for so long. They married on February 19, 1995, in a very private wedding ceremony and it has been over 25 years that they are together. 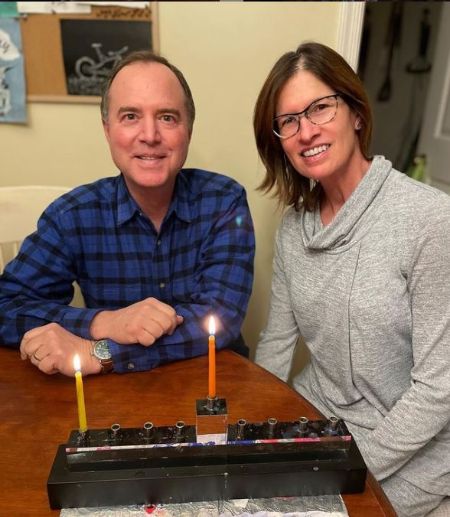 Well, the duo first met way before in 1990 in tennis in Marina del Rey. As per the report, one of their mutual friends had arranged the game. Soon after the first meeting, the couple became good friends and began dating.

Now over the years, their love has only increased and we hope their relationship continues forever.

Is Alexa Schiff on Social Media?

Unlike her, her father is fond of social media with over 214k followers on Instagram and over 2.9 million on Twitter in 2022.

Who Is Inty Miller? A Detailed Bio on Her Career, Parents, Relationship