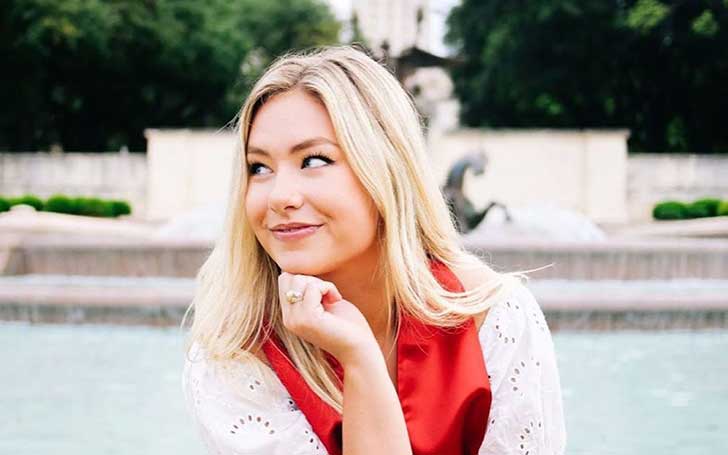 Alexandra Osteen is the daughter of author and pastor Joel Osteen and his co-pastor wife, Victoria Osteen. Her father, Joel televises his preaches at the Lakewood Church which brought Alexandra to the media attention early in her childhood.

Even though Alexandra is yet to start her career, her frequent appearance at the church has made her popular. She also has garnered notable followers on social media where she often showcases her family life.

Alexandra Osteen Has an Older Brother

Alexandra has an older brother, Jonathan Osteen who was born on 20th April 1995, around eight years after their parents married. She holds an American nationality and belongs to the White ethnicity.

Alexandra Osteen graduated from Texas University in May 2020. Both her parents took to their social media to announce their daughter’s graduation. Both Joel and Victoria shared her photo with the graduate cap on their Instagram.

“Congratulations Alexandra! Celebrating all you have accomplished” wrote the proud mother in the caption of her post. On the other side, Joel wrote “I am so proud of you and know that God is going to take you further than you’ve ever dreamed! University of Texas,” alongside his post.

Congratulations Alexandra! Celebrating all you have accomplished. You are smart, kind, fun and beautiful inside and out! I am so proud of you and I love you with all of my heart! University of Texas @ Austin Class of 2020!

She is a Member of LYA Band

Alexandra Osteen and her brother, Jonathan founded a Lakewood Church band named LYA. The band often performs at the Lakewood church. Besides, it has released a few singles over the last couple of years. The band released its first single titled “Feelin” in June 2016.

Alexandra Osteen is not dating anyone currently

The 22-year-old rising singer, Alexandra Osteen hasn’t spoken about her relationship in the media as of yet. As of now, we presume she is not dating anyone currently. In fact, she frequently shares her time with her friends, brother, and parents, but she hasn’t shared her romantic life on social media.

Her Grandfather is the Founder of Lakewood Church

Alexandra’s grandfather, John Osteen, and his wife Dodie Osteen founded the Lakewood Church in 1959. John also developed the church into a body of approximately 15,000 members. He also served as the head pastor of the church until his death in 1999. John died from a heart attack on January 23, 1999.

Her Uncle is a Surgeon

Alexandra’s uncle, Paul Osteen is a vascular surgeon, a medical missionary, and a humanitarian. Meanwhile, her aunt, Lisa Osteen is an author like her father and brother who is notable for her book You Are Made for More!