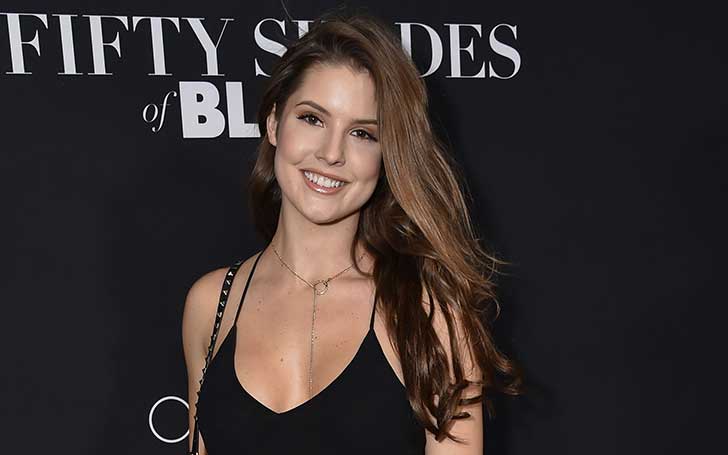 Amanda Cerny is an American model and social media star, who rose to fame from the now-defunct social app Vine. The 29-year-old model has millions of fans on social media who are always curious to know her dating life.

Today on the deck, we are exploring Amanda Cerny’s love life-from her current boyfriend to her past relationships. Let’s begin.

Most recently, on 14th June 2020, Cerny shared a short video on her Instagram featuring her 24-hour German challenge with her boyfriend. Here is the video.

The couple sparked their romance rumor in 2017 after they started collaborating for their YouTube videos. Furthermore, the lovebirds fueled the rumor by attending the Streamy Awards 2017 together in September.

After that, Cerny and Bartl started spending lots of their time together. Even, they have gone on a number of vacations together following their romance rumor started in mid-2017. Both Bartl and Cerny have shared their photos from their romantic holidays.

Who is Johannes Bartl?

Johannes Bartl is an Austrian fitness model, social media star, and personal trainer. Besides, Bartl is an actor, known for his work in Split: Screen Parody, Truth, and Sober Coach.

Bartl is a certified TRX trainer, Crossfit Trainer, and Master Instructor for CrossCore.

On his personal website, Bartl writes he had started his fitness journey at a tender age of 12. He says he started doing calisthenics while being part of a swim, volleyball, and soccer team.

Before Amanda started dating her current beau, Bartl, she was rumored to be dating Canadian singer Justin Bieber. Bieber and Cerny made headlines regarding their relationship in July 2016.

According to Hollywood Life, Amanda shared a video on her social media on 20th July that showed the model hanging out with the Baby singer at Doheny Room in Hollywood.

Other social media celebrities including King Bach, Lele Pons, and John Shahidi were also with the alleged couple. Furthermore, the outlet reported an insider told Cerny and Bieber had dinner together that night. However, they both didn’t respond to their romance rumor and it faded away shortly.

As per the sources, Cerny dated fellow YouTuber Logan Paul during 2016. The couple often talked about their relationship on their vlogs while they were in a relationship.

The couple had swiftly become fans favorite and they had even grown strong as girlfriend-and-boyfriend. However, they couldn’t remain together for long and had a split within months.

Her Relationship with Dane Cook

Amanda dated American actor and stand up comedian, Dane Cook for a couple of years. In spite of their 19 years age difference, Cerny and Cook were one of the power couples in Hollywood. Cerny was just 20 years old when she started dating Dane who was 39 years old.

According to Page Six, the ex-lovebirds started dating in 2011 and remained together for three years before they parted their ways in 2014. The ex-couple, however, didn’t reveal the cause for their split.