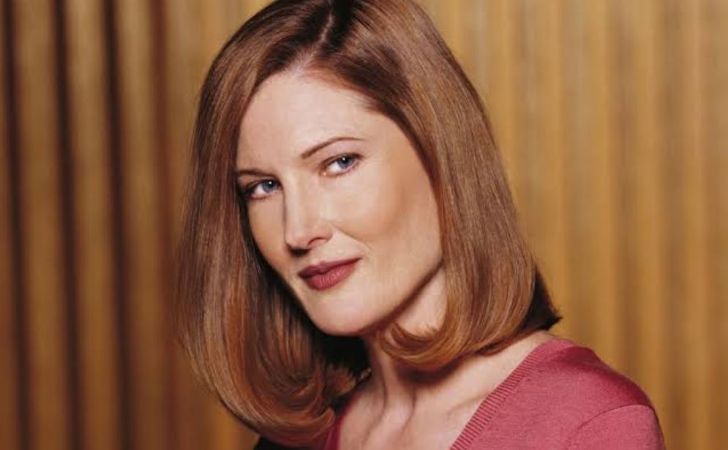 Anna Geisslinger is a successful art director, and prop stylist based in Los Angeles. So far, she has been part of several TV shows as a producer, costume designer, set decorator, production manager, and much more. Besides her professional accomplishments, she is also popular as the daughter of American actress Annette O’Toole.

Similarly, she is also recognized in the media as the younger sister of actress Nell Geisslinger. Undoubtedly, Anna is leading a decently successful professional life, what about her love life? Is she married? Or does she have a boyfriend?

Here is every detail on her career, relationships, earnings, and much more.

A professional art director Anna Geisslinger was born on Dec 31, 1987, in Los Angeles, California. She is the daughter of father Bill Geisslinger and mother Annette O’Toole. Her birth name is Anna Rose Geisslinger.

She did her schooling at Crossroads School and later finished her high school at Concord High School. After completion of her high school, she attended Mount St. Mary’s College.

Anna also has an older sister Nell Geisslinger. She was born on December 15, 1983, and is a successful actress. She has appeared in numerous movies and TV series like The Ride Home, The Experimental Witch, The Witch of Portobello. Besides, she has also produced a few TV series.

Needless to say, both the sisters are very close to each other.

Anna’s Parents Are Both Actors

Both Anna Geisslinger’s father and mother are actors. In fact, her mother Annette is not just an actress but also a singer, songwriter, and dancer. She has appeared in many successful films and TV series like Nash Bridges, Smallville, Cross My Heart, to name a few.

Similarly, her father is also popularly known for his works in Crash Landing: The Rescue of Flight 232, NewsRadio, and Nowhere Man. Some of his other works include St. Elsewhere, American Playhouse, and numerous others.

She has also been the production assistant for Jimbo, clowns usually juggle, The Merman Prince for El Presidente Emperor Warlord!, which released in 2017. In 2017 and 2019, she was the set decorator for Crappy Birthday and Evie respectively.

Similarly, in the year 2017, she was the assistant director of Lost Child and wardrobe designer for America Adrift. Not only this, but she was also the producer of the 2016 film America Adrift.

Her Mother Is Married Twice

Anna’s mother has been married twice. She was first married to Bill Geisslinger. They got married on 8 April 1983, however, they could not sustain their marriage and divorced in 1993. The former couple was married for around 10 years before they separated.

At present, Annette is in a marital relationship with American actor, comedian, and screenwriter Michael McKean. They walked down the aisle on March 20, 1999. It has been over 2 decades since they married and their bonding is as strong as ever.

When it comes to the love life of Anna, things are very much unclear. It is unknown if she is married. There are no reports on her marital relationship.

Likewise, she has not talked about her love affairs. It is unknown if she is dating a boyfriend. Over the years, Anna has maintained complete privacy about her romantic relationship. As of now, it is safe to say, she is single and not dating anyone.

Unlike most of the celebrity, Geisslinger doesn’t seem to be a big fan of social media. She is not on any social media platform, be it Instagram, Facebook, Twitter, or any other platforms.

It looks like, she does not enjoy keeping up her life for everyone to see. Well, we respect her privacy.