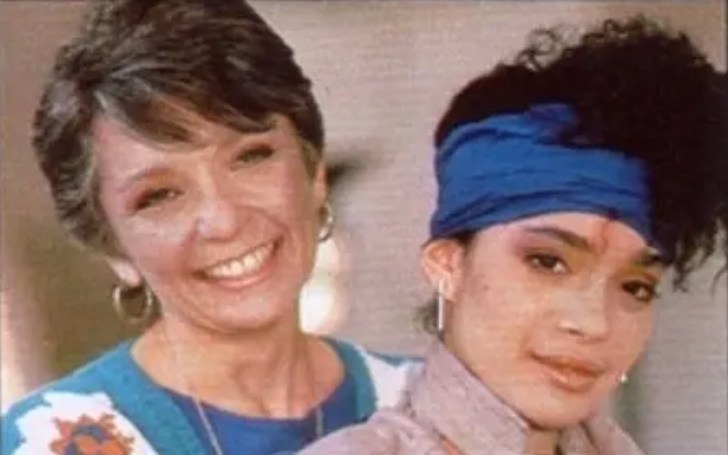 Arlene Litman is a late music teacher who was famous as the mother of the American actress Lisa Bonet. Her daughter Lisa is an American actress who rose to prominence after she played the role of Denise Huxtable on the sitcom The Cosby Show which even gave her a nomination for the Primetime Emmy Award.

Unfortunately, as of 2022, Arlene is no more in the world. However, as the mother of such a successful actress, many people are constantly curious about her life.

So, today, we are here to explore the unknown details about Lisa Bonet’s mother Arlene Litman along with her parents, her husband, the cause of her death, and many more. Let’s get the details.

Arlene was born as ‘Arlene Joyce Litman’ on the 11th of February, 1940, in Pittsburgh, Pennsylvania US. She was the daughter of Eil Litman and Sylvia Ellen Goldvarg. She spent the major portion of her childhood in Pittsburg, Pennsylvania.

Moving further, as of 2022, Bonet’s mother, Arlene is no more in the world as she passed away on March 3, 1998, at the age of 58. Regarding her ethnical background, she belonged to Jewish descent and was an American citizen.

Her father Eil Litman was born to Abraham E. Litman and Fanny Lillian Ageloff in the year 1912 in Pennsylvania. Both of her grandparents were Jewish immigrants from Russia. Litman’s beloved dad lived in his native land Pennsylvania and died in the year 1986.

Similarly, Arlene’s mother, Sylvia Ellen Goldvarg was also a Pennsylvania native as she was born to Russian immigrant parents Louis Goldvarg and Sarah Silverman in the year 1916. She grew up in her hometown, got married to Pennysylvania native Eil and bid a final goodbye to the world in 2016.

Arlene Litman Professional Career: She Was A Music Teacher

Talking about Lisa Bonet’s mother’s profession, she, throughout her life served as a teacher. If said more specifically, Litman was a music teacher of Ashkenazi Jewish Heritage in Pennsylvania.

Apart from this, we are unable to say more about Arlene’s professional career as there is no more information except about her being a teacher who taught music to people who belonged to Jewish descent.

Arlene Litman’s Husband Was An Opera Singer: Then, Who Was He?

A Pittsburgh-born music teacher was married to an opera singer Allen Bonet who was born on the 13th of February 1935 in Dallas, Texas USA. He was of African American heritage with whom Arlene shared a vow on June 12, 1967, in San Francisco, California.

Her husband, Allen had gained huge success as an opera singer and gave his voice to numerous songs like Love’s Message, My Abode, Serenade, and others. Despite gaining appreciation as an opera singer, his popularity remained limited within, and he never got massive recognition as a singer. However, in the present era of modern technology, his track is available on the Youtube channel, named after him.

Whatsoever her husband’s status and profession, Litman’s married life with her spouse started deteriorating after a while and as a result, the couple decided to part ways and got divorced.

After their separation, Arlene’s ex-spouse fell in love with another woman named Deborah Church with whom he had 7 children. The couple reportedly had a successful married life until her ex-husband, Allen’s death.

Litman’s former husband died of a heart attack at the age of 83 on 9 November 2018 in Los Angeles, California.

Arlene Litman Is The Mother Of her Famous Daughter, Lisa Bonet

Arlen, from her marital relationship with her former husband, gave birth to her only daughter named Lisa Bonet on November 16, 1967. She single-handedly raised her only child, Lisa who later in her adolescence gained massive recognition as an actress in the American Movie Industry.

Her daughter stepped into the glam world through some beauty competitions. As time passed, she landed in an acting profession through her debut role as Denise Huxtable on The Cosby Show. After that, she did several movies and TV series like Angel Heart, Final Combination, Lathe of Heaven, New Eden, and many more.

For her performance, she also got a nomination for Primetime Emmy Award, Saturn Award, Young Artist Award, and others.

Well, her daughter hitched twice in her life just like her ex-husband, Allen. Lisa, at first, married an American rock singer Lenny Kravitz in the year 1987. Actually, she eloped with her first husband on her 20th birthday. But, sadly, they remained a married couple only for 6 years and eventually divorced each other in 1993.

Secondly, her only child tied the knot with actor Jason Momoa in October 2017. The two began a relationship in the year 2005 and gave birth to two children without getting married. Despite being in such a long relationship, the couple announced their separation in January 2022. They have not divorced yet though.

How did Arlene Litman Die?

As we said earlier, Lisa Bonet’s Mother, Arlene died at the age of 58 in Los Angeles, California. Her cause of death was Breast cancer. She fought her illness for a longer period before bidding goodbye to the world. Finally, on March 3, 1998, she lost her battle with cancer and left the world in peace.

Before her death, Arlene was already the grandmother of her first grandchild. On December 1, 1998, her only daughter, Lisa gave birth to a baby girl from her first marriage named Zoe Isabella Kravitz.

As of now, Arlene’s granddaughter Zoe is already in the movie industry as she is an actress, singer, and model. Further, Lisa again became the mother of Nakoa-Wolf Manakauapo Namakaeha Momoa, & Lola Iolani Momoa but unfortunately Litman couldn’t get to see them since both of them were born after her demise.

What Was The Net Worth Of Arlene Litman Before Her Death?

As a music teacher in school, Arlene may have earned a tremendous amount which is why she became able to raise her daughter Lisa as a single parent. However, her net worth was still to be revealed till at the point of her last breath.

On the other hand, her famous daughter, Lisa Bonet has a net worth of $14 million which she earned from her successful acting career.