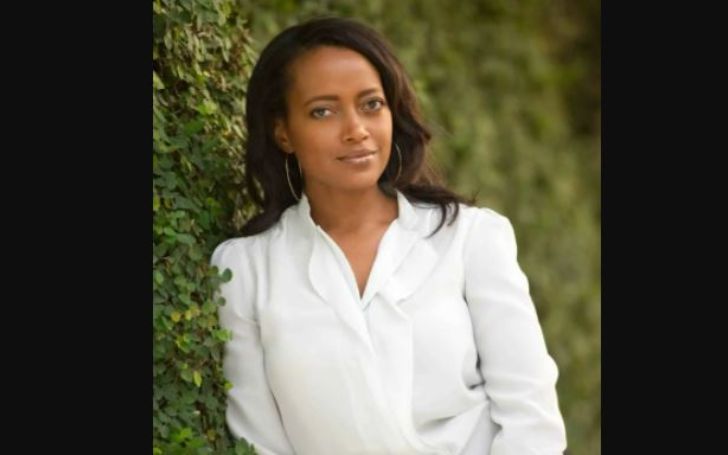 Arnetta Yardbourgh, an MLA, CPCC is the Founder and President of AY & ASSOCIATES, LLC, a Coaching, Wellness, and Consulting firm. She is also a businesswoman, and philanthropist and is the former girlfriend of an ex-NBA center Shaquille O’Neal.

This social change agent is also a game for embracing wellness and mindfulness initiatives. Yardbourgh likewise never hesitates from attending sporting events and opportunities to learn about new industries.

She has that ever-so-increasing excitement to connect, support, and bridge those Femfessionals in Houston and surrounding areas. Learn more about Yardbourgh’s life in the article below; her childhood, how she met Shaq, why they ended their relationship, and beyond.

Arnetta graduated from Judson High School in San Antonio, Texas. She additionally is a graduate of the University of Houston. Yardbourgh identifies herself as a devout Christian.

As mentioned Yarbourgh is a life coach at AY and Associates, LLC. She has been in the coaching and consulting industry for over 14 years now.

Yardbourgh is also the President and Co-Owner of the Sugar Land Legends which she became in 2012, an ABA semi-professional men’s basketball team, based in Sugar Land, Texas. She additionally is the Chapter President of FemCity® Houston.

Yardbourgh furthermore is an advocate of women in business, as a Certified Woman-Owned Business (WBE). The ex-partner of the seven-foot-one-inch tall NBA legend, Yardbourgh currently works as a Professional Life Coach at Otr life coaching, Inc.

She is also a Makeup Artist at AYA Micro Scalp.

Yardbourgh was with her famous ex-boyfriend Shaquille O’Neal from 1992 to 1996. The couple apparently started dating in high school. She also accompanied her ex Shaq at the 1992 NBA draft, when fellow NBA legend Magic Johnson selected him.

They however broke up in the mid-90s, though neither of the two has ever talked about their failed relationship or why they decided to split.

Ex-Boyfriend, Shaq O’Neal’s Wives After Splitting Up With Arnetta Yardbourgh

After ending his relationship with Yardbourgh, Shaq started having a relationship with Shaunie, a television personality, entrepreneur, and philanthropist in 1998. They married four years later in 2002. Though the two separated only after a few years. Shaq and Shaunie while got back together for a brief amount of time but ultimately ended their marriage in 2009.

When together, the New Jersey-born former basketball player and Shaunie became parents to four children. Their first Shareef Rashaun was born in 2000 and their second Amirah Sanaa was born a year later in 2001. The two were born out of wedlock.

After the marriage, Shaunie and Yardbourgh’s ex welcomed two more children, Shaqir Rashaun in 2003 and Me’arah Sanaa in 2006. Shaq’s ex-wife, Shaunie O’Neal made a name for herself post her divorce from the LSU graduate when she created the hit reality show, Basketball Wives.

Since divorcing, O’Neal and Shaunie have maintained a friendly relationship. After Shaunie, Yardbourgh’s ex-partner started dating Nicole “Hoopz” Alexander in 2010.

Two years ago, Alexander had won the dating show for Flava Flav’s heart. This relationship of Shaq, too, lasted for a brief period; Alexander and the four-time NBA champion split up in 2012. The three-time NBA final MVP’s latest girlfriend is actress, Annie Ilonzeh.

Shaq’s current partner Annie is best known for her role as Emily Foster on the hit NBC drama, Chicago Fire. The actress and the now-sports analyst were first spotted together holding each other’s hands in New York City at the very beginning of 2019.

Annie is 10 years younger than her boyfriend O’Neal.

Who Is Yardbourgh Married To Now?

While Shaq definitely didn’t stop his pursuit of finding a stable romantic partner, the same however is quite an arduous thing to say about his ex-partner Yardbourgh.

In fact, to this day there’s an abstruseness as to whether the first girlfriend of O’Neal is married or not. What’s more, her social media handles also do not say much in this regard either.

In May 2004 Yardbourgh witnessed her housekeeper getting stabbed to death by her own son at a suburban Houston home. The incident happened inside the property that Shaq at the time owned.

The authorities later charged the woman’s son with murder. The housekeeper woman Alice Williams who was 37 at the time and her son, Tristan Williams were cleaning the home when they began fighting, police later reported.

Tristan then 18 stabbed his mother several times with kitchen knives, investigators said. Yardbourgh, who was at the home, saw the stabbing and called authorities, reported police spokeswoman Pat Whitty.

The allegedly five-foot-nine-inches tall Yardbourgh and O’Neal then were still together and their daughter Taahirah was 7-year-old at the time. Though the former couple’s only child, Taahirah wasn’t at the home at the time of the killing.

O’Neal on the other hand was in Minneapolis, where Los Angeles beat the Timberwolves 97-88 in Game 1 of the then Western Conference finals.

While her former spouse O’Neal is one of the richest athletes in the world with a net worth of over $400 million, the likewise Infos in the matter of Yardbourgh herself are a mystery. Her ex earned $200 million from endorsements alone while playing in the NBA.

Even years after his retirement, Shaq is still earning millions. What’s more, even though he has been retired for many years, Shaq still earns around $60 million per year from endorsements and various business endeavors to this day. On the other hand, Arnetta certainly couldn’t be anywhere near as rich as her former spouse who earned $292 million in salary alone during his playing career.

Yardbourgh nonetheless and at the very least could still have a net worth in the range of hundreds of thousands of dollars.

Although Shaq’s girlfriend, Arnette Yardbourgh does have an Instagram, she only has only a few or two posts to date. And most of them are pictures of hers and her friends.

Though up until the summer of 2021, Yardbourgh was fairly active on Facebook where she still has more than enough posts and images describing all about her liking as well as her life in general.