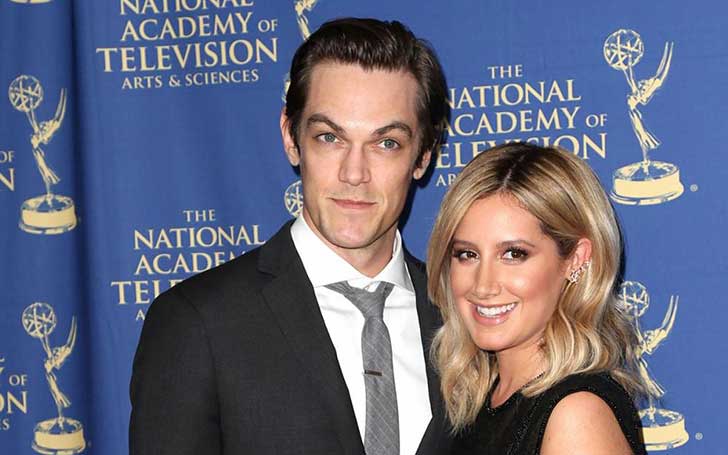 American actress, singer, and producer, Ashley Tisdale is married to musician and record producer Christopher French. The 34-year-old Baywatch actress tied the knot with the California native musician in less than two years since their first meeting.

Even though the lovebirds have been married for over five years, Tisdale’s fans barely know about her husband.

Today, let’s know about Ashley Tisdale Husband Christopher French and the sweet love story between them.

Actress Ashley Tisdale and musician Christopher French got married on September 8, 2014, in a secret wedding ceremony. They exchanged vows in front of around 160 wedding guests including their family members, friends, and guests.

A couple of weeks after, Tisdale called in Ryan Seacrest’s radio show in which the host asked her if she intentionally planned her wedding for Monday. Then Tisdale said: “It definitely was for two reasons.” She added,

“The 8th was our anniversary so I wanted to land on an 8th, and thankfully it landed on a Monday in September. Also, I figured it was a good idea because I figured out like, ‘Oh, I don’t think anybody would figure this one out,’ and that was to protect the privacy of it.”

Tisdale and French have been together for more than seven years, however, they haven’t thought about children yet. Talking to People, Tisdale said,

“For me, it’s like, it’s okay to not want to start a family right away. People are always asking me about that, but it’s just not the right time. And I have options out there.”

Tisdale and Christopher French Got Engaged within a Year

After around eight months since the lovebirds started dating, Tisdale and French became engaged. According to the source, the pair got engaged on 8th August 2013 in New York City.

After getting engaged at the Empire State Building’s VIP-only 103rd floor, Tisdale took to her Twitter writing “Best night of my life. We are on top of the world.” However, she didn’t specify her engagement in her tweet.

Days after their engagement, the newly-engaged couple were spotted strolling around the Toluca Lake area of Los Angeles. During the outing, actress Ashley Tisdale flashed her huge sparkling square-cut diamond ring. 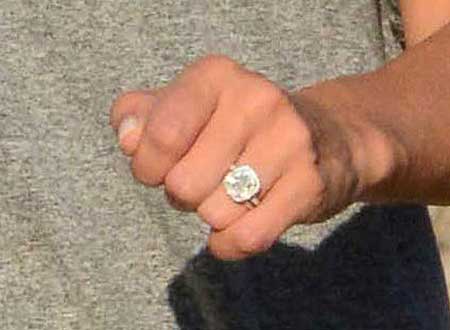 A couple of months later, Tisdale revealed that she knew French was one right at their first meeting. While talking to Ryan Seacrest, Tisdale further said,

She went on saying:

“I think from the moment that him and I met, I just knew it. I was like, ‘Ok this is the guy,’ and he knew the same thing. It doesn’t get any better. I just can’t explain it.”

When and how Ashley Tisdale met her future spouse?

The High School Musical star and French first stepped out together publicly on 26th December 2012. At the time, they visited the Apple Store in LA.

Christopher French developed an interest in music from his early childhood days. He started playing guitar when he was 12 and he had also recorded a number of songs in his 4-track tape recorder before he started pursuing a professional music career. 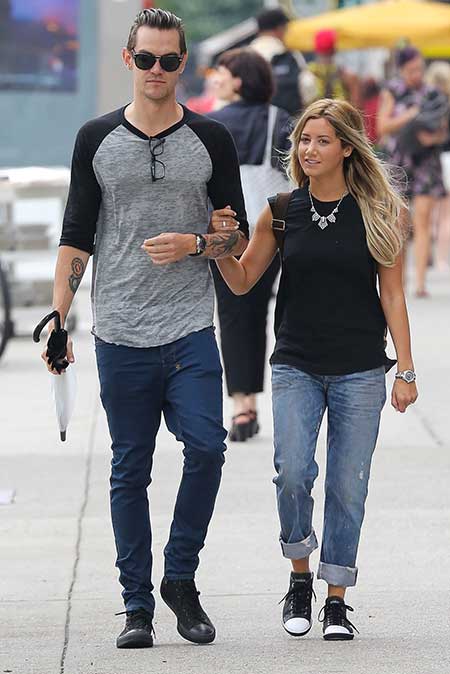 
Shortly after French began his musical journey he formed an alternative rock band, Annie Automatic, and served as the lead vocalist of the band.

Besides, French is also recognized for his work as a composer in Summer’s Eve commercial and most notably in the movie, Unlovable and TV series Young & Hungry.

This isn’t the first high-profile romantic affair Christopher has been involved in. He was previously in a relationship with Big Bang star Kaley Cuoco.

They dated from 2011 to 2012. While they were going out, the duo was spotted multiple times. They attended the NBA game between New Orleans Hornets and Lakers on April 26, 2011.