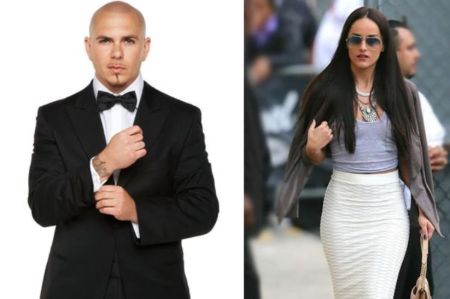 Barbara Alba is famous for her relationship with American rapper and singer Pitbull. In fact, she is also the mother of two children of Pitbull. She dated the rapper for around a decade and but things eventually turned sour between the two leading to their separation in 2011.

It has been years since Alba split from Pitbull. So, how is her life at present? Is she dating a new boyfriend? Did Barbara and Pitbull ever get married? In this article, we are going to explore everything about her career, age, children, husband, & other details as well.

Barbara Alba Is The Ex-Girlfriend Of Rapper Pitbull

But when and how did Barbara and Pitbull first meet? Well, the former couple had known one another way before Pitbull got recognization in the media.

It is assumed that Alba met Pitbull in the late 90s and was already dating in 2000. While that seemed pretty much into one another as a couple, things didn’t last for very long between the two.

Almost after dating for over a decade, the couple called it quits in 2011. They never revealed the reason behind their split.

Is Barbara Alba Pitbull’s wife? Did They Ever Got Married?

Unlike what is popularly believed in the media, Barbara is not the singer Pitbull’s wife. In fact, they never even got married despite dating for years. Also, they have not revealed the exact reason they never walked down the aisle.

Alba Had Two Children With Her Boyfriend

In case you didn’t know, Barbara is a mother of two children, Bryce Pérez & Destiny Pérez. Both her kids were born from her relationship with Pitbull.

Her daughter Destiny is the oldest and was born on August 15, 2002. Likewise, her son Bryce was born on March 5, 2003, and he is just 18 years of age. Pitbull even has the name of his son with his birth date tattooed on his arms.

Like any mother, she shares a great relationship with her children and the star kids seem to be enjoying life as well. However, she has barely made public appearances with them.

Further, she also requested in the settlement files for a house in a gated community. Well, the final judgement of the paternity was made around July 18, 2011, however, the details have not been made public for privacy reasons.

Well, there are several speculations regarding Alba’s relationship status at present. Is she married to a husband? It looks like she is not married in 2021.

But what about a boyfriend? Unfortunately, since she split from Pitbull, she has kept herself completely away from the spotlight. There are no updates on whether she is dating a boyfriend. Considering her age, there are high possibilities that she could be dating. But nothing can be confirmed until makes a statement on the matter.

Barbara’s ex-partner Pitbull is not only a successful rapper but also an actor. Talking about his musical career, he released his first studio album in M.I.A.M.I. Following its success, he came up with his second album El Mariel in 2006.

Over the years, he has released numerous successful albums like Armando, Planet Pit, Globalization, Dale, & Others. Besides acting, he has also been a part of several movies and TV series like Blood Money, UglyDolls, When I Was 17, Shark Tank, & others.

Barbara Alba Is Not On Social Media

While most celebrities enjoy being on social media platforms, Barbara seems to be the opposite. Unlike most of the other famous people, she is not on any socials, be it Instagram, Twitter, Facebook, or any other platform.

Apparently, she does not enjoy the attention and rather prefers to keep things to herself.

As an ex-girlfriend and mother to the child of a famous rapper like Pitbull, she is doing pretty well financially. She reportedly received a good amount of child support from her partner and has a proper house to live in as well. However, she has not revealed the exact sum of her neet worth.