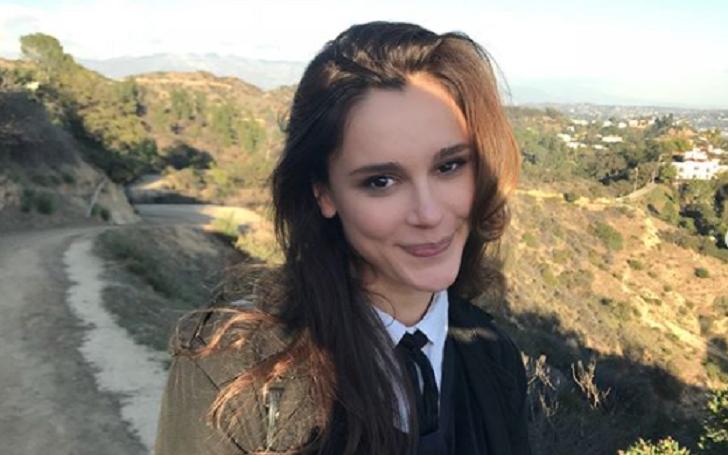 Bella Dayne is a talented actress from Germany who gained wide recognition after her iconic role on the BBC/Netflix Troy: Fall of a City. Bella also has become a part of several other small on-screen projects including Humans, Trust, and Cursed as well.

On the other hand, sources suggest Bella is dating her Troy: Fall of a City co-star Louis Hunter. He played the role of her husband on the project.

In this article, find out all about her personal life including her parents, and many other interesting facts you don’t know!

Who Are Bella Dayne Parents?

Dayne is the daughter of Bernd (father) and Angelique Knispel (mother). Her mother is a general practitioner in Berlin. Besides, Bella rarely makes an appearance with her family. Back in May 2016, she was spotted with her parents at the Motorsport Traveling Charity-Gala in Nurburg, Germany.

Her Date of Birth and Ethnicity

Dayne was born Isabella Knispel on January 8th, 1988, in Berlin, Germany. As of 2022, she is 34-years-old. She grew up in Berlin along with her family. She holds German nationality and belongs to the Caucasian ethnicity.

Moved to New York while she was young

Bella after her early years in Berlin made her move to New York and auditioned for two acting schools in New York. She later joined the Stella Adler Studio of Acting. She was totally unknown to the big city at the time.

The entertainer before making her jump into the entertainment business went through many dead-end jobs. She once worked with a costume designer. She later also became a server, a personal assistant, and was even an Uber driver for a while.

Bella Dayne Movies and TV Shows: Played Helen of Troy in Troy: Fall of a City

Dayne kick-started her acting career by playing the role of Pasty in the TV series American Horror Story in 2012. She portrayed Fanny in one episode of The Goldbergs in 2014. Furthermore, the actress went on to play in two other small-screen projects Plebs and The Man in the High Castle.

Bella made her break with her recurring role of Astrid in ITV2 comedy plebs and Channel 4 drama Humans (2016-18). Her career reached a new height after her terrific performance in the historic epic series, Troy: Fall of a City in 2018.

Dayne played Helen of Troy, a wife of a Greek king Prince Alexander (played by Louis Hunter). The two shared a deep romance on the show which made many wonders if they are really more than on-screen lovers.

Is Bella Dating her on-screen husband in real-life? Who is Bella Dayne Boyfriend?

Yes, Bella and Louis are dating off-screen since they met while filming the series back in 2017. Back then, the couple had wanted to keep their romance out of the spotlight.

An insider told The Sun,

“It was pretty obvious there was a passionate spark growing between the two of them – you could just tell by the way they looked at each other.”

“There are quite a lot of very intimate sex scenes, and it would have been difficult not to have felt something. Not surprisingly, they didn’t look like they were having to do much acting.”

Sources suggest the actress splits her time between her house in London and her boyfriend Hunter’s home in Los Angeles.

Bella has not been spotted with Louis for a long time: Are they still together?

The two made a series of appearances back in 2018. Dayne even uploaded a photo of kissing her beau on Insta with a red heart emoji in June of the year.

However, over the past several months, their romance totally faded away from the media. Thus, it confuses many whether they are together or not. One thing to take note of is celebrities these days tend to keep their personal life out of the media for peace of mind so maybe the couple is doing that.

Talking about her boyfriend, Hunter was born on 17 March 1993, in Sydney, Australia. He scored his first professional acting role in 2009, playing a leading character on the TV show, Out of the Blue.

What is Bella Dayne Net Worth?