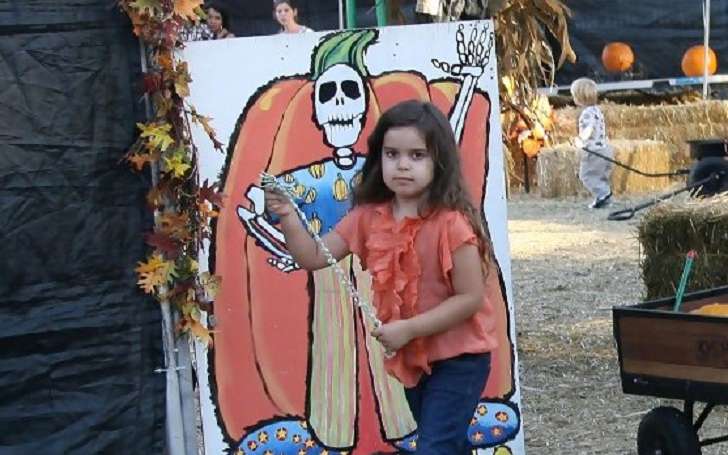 Bella Thornton is the daughter of Billy Bob Thornton, an actor who gained wide recognition after his acclaimed performance in the hit drama Sling Blade. His work in the film also won him an Academy Award for Best Adapted Screenplay. Besides, Bella’s mother Connie Angland works behind the camera, playing multiple roles as a special effects technician, animatronic engineer, and many more.

Well, being the daughter of one of the leading Hollywood actors and filmmakers, is Bella also interested in show business? Unlike many celebrity parents, both Billy and his sixth wife Connie are quite open about their daughter. And especially her father Billy often talks about his girl in the media.

So, let’s know Bella’s relationship with her father. In addition, we will talk about her siblings, her father’s suggestion for her not dating anyone like him, and more. Let’s began!

Bella Thornton is the Fourth Child of Billy Bob Thornton: Her Birth Details

Bella was born on 24th September 2004, in California, weighing in at 6lb. 1 1/2oz. A couple of weeks after Bella’s birth, the actor attended her father’s incorporation program on the Hollywood Walk Of Fame on October 7, 2004, in Hollywood.

Her parents Billy and Connie announced that they were expecting their first child in October of the year.

Thornton Relationship With His Daughter

Bella has quite a close relationship with her father. Back in Jan 2005, Billy shared his experience of having a daughter after a long time with ET. He talked about the strong bond between the father and a daughter,

“They say there’s this thing between a father and a daughter and it’s true. Already there’s this bond. It’s pretty wild, especially with a girl. It’s a different experience.”

He further explained his fatherhood as a kinda new experience,

“I haven’t been the father of an infant for a long time so it takes some getting used to again.”

Her Age and Ethnic Background

Bella is aged 17 as of 2021. And as far as her ethnicity is concerned, the star kid belongs to a Caucasian ethnic background. Her nationality is American.

Bella Thornton’s Father Initially Dined To Marry Her Mom: Why?

Her parents Billy and Connie first met while working together on the set of Bad Santa (2003). Thornton played the main role of Willie Stoke in the movie, whereas, Angland worked as a special-effects technician for the film. The couple began dating in 2003. A year after they began their lovey-dovey, the two also welcomed their baby girl.

But Billy was still not ready to get involved in any kind of marital relationship with Connie until 2014. It was all because of the actor’s bad experience in marriage. He already went through five failed marriages before Connie.

The last time, Billy was married to Angelina Jolie. The once Hollywood odd couple married in 2000 and went their separate ways in 2002. Their separation was quite dramatic.

For the sixth time, Billy eventually married Connie on 22nd October 2014, at their home in Los Angeles. Their low-profile wedding was only attended by their friends and close family members.

However, a year after their nuptials, Thornton was rumored to be cheating on his wife with Amber Heard, Jonny Depp‘s ex-wife. But, later all the speculations turned out to be a hoax.

As of 2021, Billy and Connie have been leading a blissful marital relationship.

Bella Thornton Personal Life: Father Suggested Her not Dating Anyone Like Him

In Jan 2017, the Sling Blade star admitted to Mirror that he don’t want to see his daughter be in a relationship with anyone like him. Billy whose five marriages dissolved bitterly said,

“I have a 12-year-old daughter at home. Once my daughter was born it does ­something to you. I don’t want my daughter to ever be anywhere near anyone like me.”

So, what about her love life. Is Bella dating anyone at present? The answers to all the questions remain quite secretive at present as Bella has yet to come forward with her relationship, neither is dating a boyfriend officially.

What is Bella Thornton Doing at present? Has Billy’s Daughter appeared in Movies and TV Shows?

Thornton is relatively silent about her professional life. As per IMDb, the star kid appeared on a few TV shows. Back in 2013, Bella featured as Maria in Hodgepodge. Unfortunately, there is no more about her career.

In Feb 2015, Billy Bob said Hello Magazine that his daughter, “wants to be an entomologist, so everything is about insects like butterflies and caterpillars.”

In the meantime, as for her father’s professional life, Billy Bob has extensively worked as an actor, filmmaker, and musician. He made his acting debut with the role of Billy Bob in the movie Hunter’s Blood. He gradually appeared in numerous hit movies that include U Turn, Primary Colors, Armageddon, The Man Who Wasn’t There, and more.

In addition, Billy became the drummer of Tres Hombres, a blues-rock band. Over the years, the artist also released numerous albums like Private Radio, The Edge of the World, Hobo, Enjoy Every Sandwich: Songs of Warren Zevon, and more.

What is Bella Thornton Net Worth?

The exact amount of her fortune is yet to estimate. But being the daughter of a successful actor father who has a net worth of $45 million, Bella obviously lives quite a lavish lifestyle.

As of now, Bella Thornton lives in her father’s California Hills house. He bought the 3,099-square-foot home in Agoura Hills for $3.1 million in April 2021.