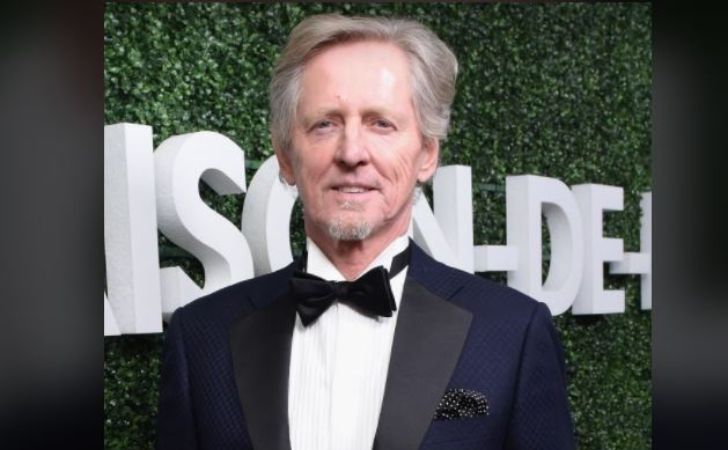 Bernt Bodal is a Norwegian-born American retired businessman from American Seafoods Group. Bodal is known for his heroic rise from an immigrant to working on a demanding fishing boat to creating a multimillion-dollar empire.

His personal career trajectory reflects a rugged path: only after working for 13 years as a deckhand on company boats did he ascend to the executive suite. Bodal not only did basic tasks, but he was also on the receiving end of the most feared insult in the hyper-macho fishing industry; being labeled feminine.

Take a look back at how he took on his early life’s tough assignments and made a name out of them. Also read about his not so plain-looking relationship with his ex-wife, the famous real housewife, Elizabeth Lyn Vargas, from The Real Housewives Of Orange County. Additionally, know who he is dating in the present and more.

Bernt Bodal Journey From Norway To Becoming An American Businessman

Bodal who was born in June around the year 1954 is now in his late 60s. He grew up outside Oslo, Norway, where His father was a tram conductor. In an interview, Bernt revealed his family wasn’t poor but they certainly weren’t well off. Bodal’s family didn’t have a car until he was 10 and they couldn’t afford a television for a while.

His biological parents separated and his mother and stepfather moved to the United States before him. Soon, the Scandinavian boy would also come to the US and with his parents’ connections in the fishing business, he worked as a deckhand on a fishing boat in Massachusetts and became a U.S. citizen gradually.

After coming to the states, Bodal started with cleaning fish guts from equipment at a processing factory in New Bedford, Massachusetts.

Bodal also hauled fish on board a catcher-processor in the Bering Sea. He says he learned everything on the job. He became captain after a year. Bodal spent 13 years fishing in Alaska and became part-owner of a trawler.

How He Became The CEO?

Bernt joined American Seafoods in 1990 as a minority partner and became president of the company in 1994.

Then in 1999, he and his team got an exclusive right to buy the company from the owners for about $475 million, with financial backing from a New York equity firm. The former small-town kid then became the firm’s CEO in Jan 2000.

By June 2012, Bodal owned 67 percent of the company. He later also became one of the board members of Assurance Foreningen Skuld. After more than 25 years of service, the son of a tram conductor retired from the American Seafoods Company in May 2018.

As we said, Bernt Bodal was married to his wife Elizabeth Vargas. However, the specifics regarding the marital dates of Bernt and his spouse are somewhat ambiguous with some reports claiming they were married for five years. On the other hand, some reports say they were husband and wife for 17 years.

An Instagram Story from Elizabeth herself that she shared on her divorce date said she had been with Bernt for 20 years. By and large, however, Bodal and Vargas reportedly married in 2000. Some other outlets suggest they had been dating for two to three years prior to the wedding.

After marriage, Vargas and Bodal had been living in the city of La Quinta, California. Their marriage, however, would run its course by 2017.

The Reason Behind Bernt And Elizabeth’s Divorce

Apparently, it was the former Seaman’s cheating on Vargas that led her to file for divorce in April 2017. On the season 15 premiere of RHOC, the reality star revealed Bodal not only cheated on her but also had a child from the extramarital affair.
Amidst the divorce, Vargas said, she and Bodal had quite a hard time dividing their assets. In an interview, Elizabeth also revealed the separation fees were expensive to her. The divorce proceedings went on for about three years with the court ultimately finalizing their divorce in July 2020.

Who Is Bert Bodal Dating Currently?

As per multiple reports, he is currently dating his girlfriend Michelle Fox, a Californian-based businesswoman.

Fox is the founder of The Rock Your Business. Michelle additionally is the Senior Vice President of Business Development at SentryHealth.

While it is unclear when and how the now-resident of Seattle and Michelle started dating each other, the latter’s pictures started appearing on Bodal’s Facebook in early 2020. Bernt, however, first referred to Fox as his partner through a Facebook post in July 2019.

While Bernt’s partner Michelle has a locked-out Instagram handle, she has shared a lot of pictures of hers and Bodal on her Facebook. As such for Bernt’s birthday in June 2020, she wrote a post referring to him as her “best friend, one true love and the person that makes my heart light up every single day.”

Fox also appears to have two children (a daughter and a son) of her own, as per her Facebook profile.

Bernt And Michelle Are Already Engaged?!

The relationship between Bodal and Fox is apparently quite serious. In fact, some sources claim it has been a while since the two got engaged.

On the other hand, neither Bernt nor Michelle have confirmed or talked about their engagement. There, however, lies a picture of Fox wearing a ring on her left hand in one of the Facebook posts (May 2019) of Bodal.

In fact, the announcement of their dating and the news of their engagement happened during the RHOC reunion in January 2021. Elizabeth, however, knew nothing about Fox and Bodal’s relationship.

After knowing about her former spouse’s new girlfriend, Elizabeth went for a little tantrum over social media.

The Missouri-born TV personality claimed she had been in touch with her ex-husband and reported Bernt saying to her he wasn’t marrying anyone anytime soon. She allegedly also called and texted her former partner multiple times.
Later after hearing all of Elizabeth’s social media comments, Fox, herself stepped over the clouds and told the Bravo star to, “go away and get a life.” She said ever since knowing about her and Bodal’s union, Elizabeth has been re-obsessing over the European-American businessman.
She also revealed how Lyn has been constantly calling Bernt.

“I am standing up for Bernt who is the love of my life and we are both secure in our relationship for years now. We both just want to get a life and go away – that is why I said anything,”

added the mother of two. Fox additionally revealed she and Bodal had to send Elizabeth to cease and desist letter to stop contacting her boyfriend.

Bernt Bodal Has Two Kids From His Other Former Marriage

What’s also on paper is Bodal had been married even before Vargas.

In fact, he has three kids from his first marriage. Bernt, however, hasn’t mentioned who the mother of his children is. That said, Bodal seems to share a great relationship with all his kids.

Bernt Was Also A Musician

The Norwegian also had a brief stint in a band named Host back when he was in Norway. In fact, he had even recorded three albums with them. He was a bass guitarist.
The father of three originally wanted to pursue a career in music and was a professional musician for five years. From the late 2000s to the early 2010s, Bodal returned to music and played in a band called White Sox with people like Alan White [the drummer].
He additionally played on stage with Sammy Hagar, Eddie Vedder of Pearl Jam, and did four shows with Roger Daltrey. In 2012 he disclosed he had started playing every day for about an hour.

There’s more to than just knowing about the $200million plus net worth of Bernt Bodal. For starters, his company reports annual revenues have been around $600 million for decades and Bernt is the majority shareholder.

The luxury of Michelle’s alleged fiance goes even further with jets, yachts, multiple properties, and whatnots. When married to Elizabeth, Bernt paid $3.5 million for a property in La Quinta, California (near Palm Springs).

And in July 2020 he got over $8million selling one of his ultra-facilitated residencies. The property had a movie theater, a four-car garage, greenhouse, guest house, a pool, tennis court, and a massive lawn across almost eight acres of property.