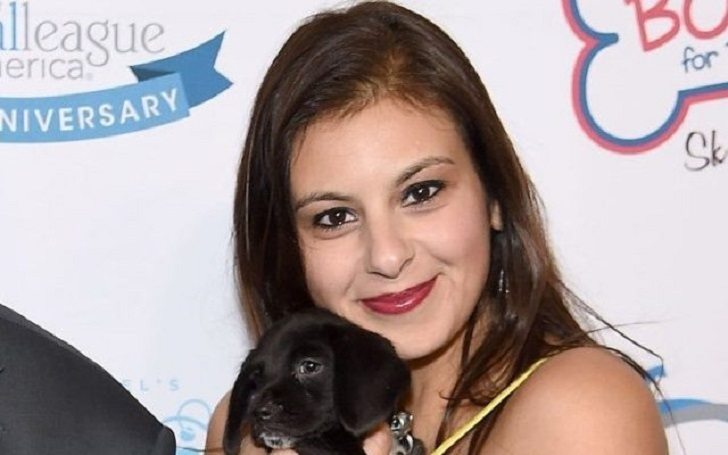 Bessy Gatto is better known as the wife of comedian and actor Joe Gatto. The couple has been together for over 10-year. Joe gained worldwide popularity as a pivotal part of a popular comedy troupe The Tenderloins. He is also the main cast member of the hit reality show Impractical Jokers. Besides, his wife Bessy also appeared in two episodes of the show.

Today here we are going to find out some unheard facts about Bessy. We will also talk about her marital relationship with Joe and her children. Let’s also know about her unconditional love and support for animals.

Who is Bessy Gatto? Her Ethnicity

Bessy Gatto is a celebrity wife who was born on 11th April 1982. She holds an American nationality and belongs to a Caucasian race. However, the information about her family background is still unavailable.

Bessy Has Appeared in Two Episodes of Impractical Jokers

Talking about her professional life, Bessy has appeared in two episodes of Impractical Jokers. She first appeared in Find The Mouth, the first challenge of The Dream Crusher.

Likewise, later the celebrity spouse appeared in an episode named “Grounds For Divorce” of Urine Trouble. The challenge was set in a way that creates a misunderstanding between Bessy and Joe where Bessy is apparently cheating her husband with another guy.

The episodes also star James Murray, Jenna Vulcano, and other members of the show.

Bessy and Joe tied the knot on 2nd September 2013, in a secret outdoor ceremony. The couple exchanged the vows in front of their families and close friends.

Judging by their adorable social media posts, the two seem genuinely happy with each other. Their commitment to each other is really appreciable. They are enjoying a successful married life for years without showing any signs of slowing down.

They Dated for Nearly 4-year Before Nuptials

One of her Instagram posts gave solid proof that the two are together since 2009. She posted the first photo with Joe they ever took in the honor of their four-year togetherness on Insta on 11th April 2013. “First picture we ever took, 4 years ago” her caption read.

The couple has also shared many other loving photos of each other on their social media.

Bessy and Joe have two children. She gave birth to their daughter Milana Gatto on 7th May 2015. She announced that she was expecting her first child with her husband through Insta on 17th November 2014.

The couple welcomed their second child, a son, Remington Joseph Gatto on the 31st of July 2017.

Both of their Instagram accounts are filled with amazing photos of their kids.

Joe Gatto is a funny but loyal husband

His wife also appeared in one episode of impractical Jokers where Joe had the challenge to kiss a stranger in a KFC food court. Well, the situation turned such that Joe had to choose between kissing the stranger or his wife. And like any loyal husband, Joe opted for his wife.

The video is pretty interesting if you want to check that out:

Bessy used to live at their Lynbrook home

Bessy lived in their house located in Lynbrook, NYC with her family. Her hubby Joe listed the mansion on the market with an asking price of $779,000. The 50-by-125-foot property features three bedrooms and 1-1/2 bathrooms. It also includes an in-ground pool and cabana.

Bessy is a Dog Adopter

Bessy staunchly supports animals but especially her love for the dog is amazing. On the other hand, her husband Joe also shares the same love for animals. They have adopted several pooches from shelters. Some of them are Tartufo, Spumoni, Biscotti, and Cannoli.

Gatto frequently promotes the post of their adopted puppies via her social media.

Bessy is a vegan for a long time. She advocates for free vegan life and encourages people through delicious vegan posts on Insta. She even got the gorgeous rose gold watch from a vegan company called Votch.

Besides, her spouse Joe is a pescatarian since 2016.

Is a Passionate Philanthropist

What is Bessy Gatto Net Worth?

Joe Gatto’s Married to Wife Bessy Gatto? Their Marriage From The Beginning