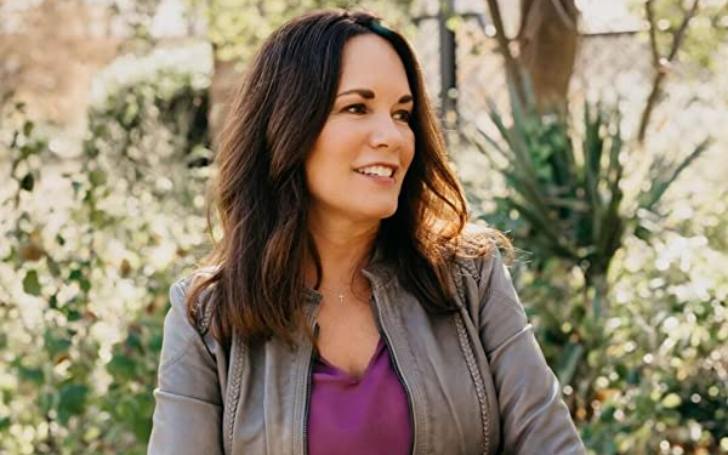 Beth Shuey is widely known for being the ex-wife of a former American football coach and quarterback Sean Payton (aka Sean Patrick Payton) who is mostly known as the head coach of the New Orleans Saints of the National Football League. Bet’s ex-husband is also famous for having the second-longest NFL tenure among active head coaches.

Unlike her now ex-husband, Beth never talked about her profession before. But her personal life seemed to be graceful with Sean Payton as they spent nearly 20 years with each other as a married couple. But, unfortunately, they split legally in 2014. In 2022, a movie titled Home Team based on Sean Payton’s life was released in which the audience got to watch his journey alongside the presence of his ex-wife, Beth. So, people are really curious to know about her.

As a result, today, we came up with detailed information about Sean Payton’s ex-spouse Beth Shuey. This article will serve you every personal and professional stuff of this celebrity ex-wife including her age, children, net worth, and many more. Read the full article to know.

Beth Shuey Was Born In The Late 60s; Her Age And Family Details

Sean Payton’s ex-wife Beth was born to her parents Joyce Antcliff Shuey and Thomas Milton Shuey in the year 1968 in Morocco, Indiana, US. Counting on this, she is 54 years of age in 2022. Regarding her birth, some other sources have claimed her birthday to be on December 7, 1967. Whatever the details are available, the fact is that she is in her early 50s.

Similarly, Shuey grew up in her hometown in Morocco alongside her parents and her only sibling named Debbie Shuey Doyle.

As for academic excellence, she went to North Newton junior and senior High School. For further study, she enrolled at Indiana State University and graduated with Bachelor’s degree in marketing.

Besides, Shuey belongs to the Caucasian ethnicity and holds American nationality.

Career Detail: What Does Beth Shuey Do For A Living?

Soon after her graduation, Beth Shuey started her professional career as a Divorce Care Leader. Also, she at one time served as one-on-one care coach at Cross Timbers Church in Argyle Texas.

Besides all this, at present, Sean Payton’s ex-wife Shuey is coming front as an evolving author. Shuey has written a book titled Beautiful Ashes alongside her friend Victor Fadool who is a gospel partner of the church in Housten.

Talking about her book, it is about people who are searching a hope standing in the ashes of the past. In her own words, ” The book is about God’s beautiful redemption from the ashes that we all find ourselves in the beauty that it can become”.

As we mentioned above, Beth rose to prominence after she tied the knot with her now ex-husband Sean Payton, an American Football Coach. The two met for the first time at Indiana University while Payton was working as a coach. Soon after their first meeting, they began to realize their feeling for each other and began dating.

Subsequently, Beth and Sean then decided to went for a lifetime commitment. With this, the duo shared vows on July 11, 1992. But, sadly, after spending nearly two decades together as husband-wife, they couldn’t make this relationship further and Beth filed for a divorce from her then-spouse in June 2012 at Tarrant County, Texas court. Their divorce petition stated,

“discord or conflict of personalities between Petitioner and Respondent that destroys the legitimate ends of the marriage relationship and prevents any reasonable expectation of reconciliation.”

Their divorce was legally finalized in 2014 and since then, the ex-couple has never seen together.

Is Beth Shuey Married Now? Who Is Her Husband?

The answer is Yes. Sean Payton’s ex-wife is now a happily married woman. On 20 September 2020, she remarried her new husband named Jamie McGuire, turning her name Beth Shuey McGuire. Her now-hubby is a real estate agent for over 20 years with The Jim Allen Group, a Coldwell Banker.

Moving on to their wedding, the ceremony was held between close family and friends. Also, children from both bride’s and groom’s sides were in attendance. Coming up to 2022. it’s already been 2 years of their marriage and the beautiful couple is still happily together.

At present, they reside in their house in Raleigh, North Carolina.

What About Her Ex-Husband, Sean Payton?

Like her, Bet’s ex-partner has also now moved on with his new wife. He tied the knot with an American Nurse and former beauty queen Skylene Montgomery on June 21, 2021.

Before marriage, the couple shared a relationship for several years. As per sources, they began dating each other in 2012 shortly after a divorce petition was filed against Sean in the court.

As for their engagement, the couple shared a ring on 8 November 2019 and remained engaged for 20 months before their nuptial.

From her union with a former football coach Sean, she gave birth to two children. Her first child is her daughter named Meghan Payton who was born on 21 March 1997. As of 2022, she is 25 years of age and has already started her professional career. Shuey’s only daughter is a sportscaster in NFL.

Beth’s younger child, her son Connor Payton was born on the 31st of May 2000. He is now 22 years of age in 2022. He is also a rising football player. Asides from being the mother to her own birthed children, Shuey is also a loving step-mom to her second husband’s kids named Molly McGuire and Maggie McGuire.

Further, Beth is hugely active on Facebook that goes by the name Beth Shuey McGuire where she keeps sharing her personal and professional life.

Since her graduation, Beth Shuey has always been a career-oriented woman and has worked in multiple places. Now, she has also published her book. Besides, she got some amount as alimony from her ex-husband which certainly adds up to her net worth. So, as per sources, she has a fortune of around $2 million.

On the other side, her famous ex-husband Sean Payton has a net worth of $24 million.