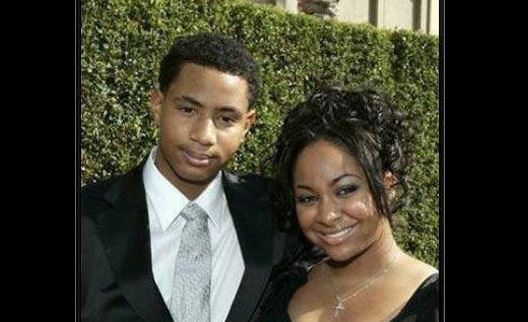 In 2012, Pearman’s sister was included on VH1’s list of 100 Greatest Child Stars of All Time. Blaize is the only son of Christopher B. Pearman and his wife, Lydia Gaulden. He also makes occasional appearances on his famous sister’s social media and vice versa.

Unlike his sister, Christopher and Gaulden’s son is not that much of a known figure in the entertainment domain; though turns out he manages to gain quite heed every now and then. Know to the fullest about his life; his profession; is he an actor as well, his personal life, and more.

Blaize Pearman As A Child

The younger brother of the ex-Cosby Show actress, Blaize Pearman was born in Dec 1991. While as mentioned his father is an actor and a writer, Pearman’s mother, Gaulden is a Winnfield, Louisiana-born is a computer science graduate of Southern University.

She used to work at the National Cash Register for a software company. Further, she also worked as a system analyst. The now 30-year-old Blaize used to play Clarinet as a child, something that his father confesses in his book, Dream So Big: A Parents Guide To Helping Your Child Believe And Achieve.

As a matter of fact, Pearman’s father himself used to play the instrument but gave up in high school. One other instrument that Blaize was good at was the piano. His father once revealed how he used to think his son had a huge potential to become a concert pianist or even a synthesizer player.

Raven’s sibling, Blaize, however, would quit playing the piano growing up, something his author father remarks to as giving in so easily.

Is Blaize Pearman In The Movies?

While he is not in the show business as a performer, Blaize has had a small guest appearance on his sister’s That’s So Raven. He appears in the second episode of the first season titled Party Animal where he plays a friend of Cory, the on-screen brother of Raven.

He likewise has also made an appearance on an episode of Steve Harvey‘s Celebrity Family Feud in 2008 along with his sister, Raven, and her on-screen parents from the Disney show, That’s So Raven. The brother and the sister played against Wayne Newton to raise funds for the American Red Cross. They, however, didn’t win it.

What Does He Do For A Living?

Blaize’s socials don’t say much about him much less his day-to-day pursuits. It accordingly is unclear as to what he particularly does for living or career-wise.

Nevertheless, Pearman’s Twitter page seemingly tells that he is a huge gamer. In fact, a while back, he used to retweet many news articles about new gaming consoles and graphic cards.

Does Blaize Pearman Have A Girlfriend Or Wife?

Although he is sufficiently mobile on Instagram, the younger sibling of Symone is yet to disclose what the core facet of his love life looks like. Apparently, he does not seem to have a girlfriend or even a wife.

Evident from his socials, Blaize likes to hang out with his sister and mother; though there’s hardly any mentioning of any female counterparts from his side – the one with whom he may have some deep level of connection behind the scenes.

In fact, one simply cannot be as under the table about his romantic aspect as the son of Christopher and Lydia. The big guy while loves to post just about anything, he remains to reveal what are his takes on romanticism or he even thinks of having a wife.

In the meantime, his sister Raven is married to social media manager Miranda Maday. The two wed in June 2020.

His Sister Raven-Symoné Is An Actor

The most famous member from Pearman’s family, Raven-Symoné, began her career as a child actress, appearing as Olivia Kendall on The Cosby Show (1989–1992) and Nicole Lee on Hangin’ with Mr. Cooper (1993–1997).

Both features earned her a number of awards and nominations. At age 17, Symone starred as Raven Baxter on the Disney Channel television series That’s So Raven (2003–2007), for which she was received further recognition.

Raven-Symoné has also voiced in the animated series Kim Possible for the character Monique, and films such as Tinker Bell (2008). Perman’s sister, Raven received a nod for the Daytime Emmy Award for Outstanding Performer in Children’s Programming after reprising her role as Raven Baxter on Raven’s Home (2017–present).

She Is Also A Singer And A Voice-Over Artist

Symoné also has some notable credits in music. She released her debut studio album at the age of seven, Here’s to New Dreams (1993), which saw the moderate commercial success of the single That’s What Little Girls Are Made Of.

Likewise, her subsequent studio albums, Undeniable (1999), This Is My Time (2004), and Raven-Symoné (2008) saw some commercial success on the Billboard 200 chart in the United States.

Several of the aforesaid creations went on to receive platinum and gold certification. Symone additionally was also a co-host of the ABC daytime talk show The View from 2015 to 2016.

Blaize Pearman’s Net Worth: His Sister Is Rich

Unfortunately, Blaize has not revealed the exact sum of his net worth. But Pearman’s sister’s net worth does define her as some rich celebrity in addition to her fame as one of the most famous child stars from the past.

The 36-year-old has been a busy actress since the early ’90s with appearances in over a whopping 80 series and shows. Well, it’s pretty understandable she has an estimated net worth of over $40million.

Not to mention she was the driving force behind the hit show, That’s So Raven, whose merch like soundtracks, DVDs, video games, dolls, reportedly generated around $400 million in sales. Conversely, though, the answer to her brother, Blaize’s net worth is nothing but guesses and theories.