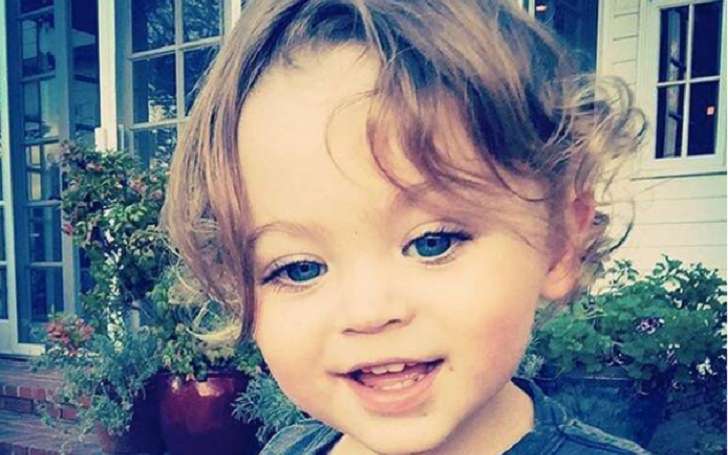 Bodhi Ransom Green is the son of Megan Fox, an actress and model. His mother is best known for her breakout role in the mega-hit movie Transformers. In the meantime, Bodhi’s father Brian Austin Green is also an actor who played David Silver on the television series Beverly Hills, 90210, probably the role that brought him huge attention. Besides, the star kid also has two siblings from his parents’ relationship.

Well, being the son of such successful parents, Bodhi undoubtedly has had quite an affluent upbringing. But, how is his life going after his parents’ separation?

Here are several unexplored facts about Bodhi including his weird dressing sense, gender rumors, and more.

How old is Bodhi Ransom Green in 2022? His Mother Megan was filming at the time of her pregnancy

His age is 8 as of 2022. Bodhi was born on 14th Feb 2014, at Cedars Sinai in Los Angeles, as per the birth certificate obtained by TMZ. His actor parents announced their pregnancy in August 2013. A representative for Fox told,

“I can confirm Megan is expecting her second child with her husband Brian; they are both very happy.”

In the meantime, former Beverly Hills, 90210 star Green admitted that the couple would be happy irrespective of their kid’s gender. He said Us Magazine,

While a baby on the board, Megan was busy filming the action movie Teenage Mutant Ninja Turtles in New York City. She later discussed some challenges the actress had to face as the main cast member in the movie E! Online. She said,

“I got pregnant with Bodhi two weeks into filming Ninja Turtles, which is an action movie and requires a lot of running and jumping and stunts.”

Fox further revealed she wasn’t able to work properly throughout the shooting,

“Anyone that’s been pregnant knows your first trimester can be pretty rough and you’re nauseous all day long, so I spent the whole shoot basically [feeling ill].”

Furthermore, in November 2014, Megan acknowledged that her second pregnancy was “rough in the beginning.”

“I’ve had rough first trimesters. But once you get into the second, it’s fine after that.”

Megan Revealed Her Son Bodhi’s Photo For The First Time

In May 2014, the Teenage Mutant Ninja Turtles star shared some personal pictures in The Ellen DeGeneres Show. It was the first time that the actress shared the photo featuring her two sons Bodhi and his brother Noah as well as her husband Brian on her social media. She said at the time, “Bodhi is the little chubby one and then Noah is the one with the lips.”

As for his schooling, the star kid is currently at an Elementary School near his hometown. Besides, the 8-year-old boy has two brothers, an older Noah Shannon Green, born on 27th September 2012, and a younger Journey River Green, born in 2016. Fox first shared the news of Noah’s birth via her Facebook page on 7th October 2012. She wrote,

“We have been very lucky to have had a peaceful few weeks at home, but I would like to release this myself before others do. I gave birth to our son Noah Shannon Green on September 27th. He is healthy, happy, and perfect.”

He also has an older step-brother Kassius Lijah from his father Brian’s previous marriage with Vanesa Marcil.

Over the past several years, the Green brothers have attracted huge attention due to their weird dress-up. Back in August 2017, their actress mother shared a collage of her family including her three sons and her hubby on Instagram. It caught a bit of a stir on social media. The post shared with her millions of followers got both positive and negative responses at the time.

But, Megan and her kids don’t seem to care about the public reaction. Instead, the actress said of her son Noah in an interview with The Talk that she is “trying to teach him to be confident no matter what anyone else says.”

In the next section, we will talk about their parents’ professional and personal life.

Both Bodhi’s Father and Mother Belong to an Entertainment Industry

Grew up in North Hollywood, his dad Brian kick-started his acting career with a role in the movie The Canterville Ghost in 1985. A year after, the actor landed his first role on the small screen with a role as Jason in The New Leave It to Beaver.

He made his early breakthrough after his performance in the series Knots Landing (1986-1989). In the subsequent years, the entertainer made a few other TV appearances until his highly-acclaimed role as David Silver came in the teen drama Beverly Hills, 90210. He appeared in the project along with Jason Priestley, Shannen Doherty, and Jennie Garth.

His other successful projects include Desperate Housewives, Wedding Band, and Anger Management.

On the other hand, Bodhi Ransom’s mother Megan is also one of the prominent faces in the acting field. She scored her first acting role in the movie Holiday in the Sun in 2001. In the following year, the actress played the main role in the daytime soap opera Ocean Eve.

No, the duo has already gone their separate ways. Initially, the two tied the knot on 24th June 2010, at Four Seasons Resort Hualalai at Historic Ka’upulehu on Maui. Brian’s son Kassius from his previous relationship was the only witness.

The couple first met when they both were on the set of Hope & Faith in 2004. They started dating rather instantly. Fox was just 18 while Green was 30 at the time.

After dating for a couple of years, the two engaged in November 2006. But then, in Feb 2009, the news of their split hit the media. And so their long-term on-and-off relationship began.

Eventually, they got married in 2010. However, after five years of their marital relationship, they separated in 2015. Fox filed for divorce from her husband in August of the year.

But, by the following year, they again reunited. They also welcomed their third child, a son named Journey in 2016. Despite their early reconciliation and being the parents of three kids, their relationship again hit the rocks. They announced their separation in May 2020. The actress filed for divorce for the second time in November of the year.

Regardless of what has transpired between Fox and Green, they look pretty positive when it comes to their children. As per reports, their divorce was finalized in Feb 2022. At present, Bodhi’s parents shared equal legal and physical custody of their three sons. Bodhi and his siblings often appear with their parents spending their time with both of their parents on various occasions.

His Father and Mother Both Have Moved On With New Partner

Following their divorce, both of Bodhi’s parents Fox and Green have been in new relationships with new partners. His mother Megan Fox is now in a romantic relationship with singer Machine Gun Kelly. The two made their relationship official in June 2020 and have since been together. In Jan 2022, Fox also announced their engagement.

On the other hand, Bodhi Ransom Green’s father Green is dating Sharna Burgess since October 2020.

Along with their professional successes, Bodhi Ransom Green’s parents have also racked a good amount of net worth. While his mother Fox has an estimated net worth of $8 million, his father has a $10 million fortune as of 2022. Both of their major source of income is their entertainment works.