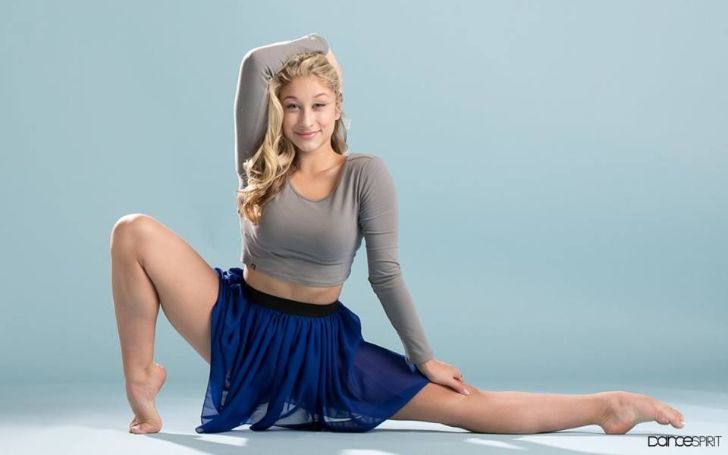 Briar Nolet is an actress and dancer from Canada. She is primarily known for her role Family series The Next Step. Besides, Briar also took part as a contestant in season three of the World of Dance.

Well, Nolet has achieved a lot more in her career and personal life as well. In that case, is she married or dating a boyfriend? Here, let’s discuss her career, family, age, and a lot more.

Briar Nolet Parents: Her Father Is a World Champion

Briar Nolet was born on December 27, 1998, in Oakville, Ontario, Canada, to father Alan Nolet, and mother Tamara Nolet. And the interesting thing is that her father is a former gymnast and has remained a world champion in the past.

Does Briar Nolet have any siblings?

Briar has a younger sister named Abbey. Like Briar, her sister Abbey is also a dancer and aspires to become a successful actor and dancer.

Briar Would Have Been Gymnast if not a Dancer

As the daughter of an Olympic gymnast, she was trained in gymnastics from an early age. In fact, Nolet has often mentioned that she would have been a Gymnast if not a dancer.

Canadian dancer Briar suffers from genetic epilepsy. She reportedly had her first seizure during her dance class when she was 16 years old.

Doctors initially suggested she had nothing wrong with her and that her seizures might have been because of a lack of nutrition and anxiety.

However, in December 2017, a neurologist, Dr. Richard Wennberg, tracked her brain activity concluding her to be suffering from genetic epilepsy.

She came out publicly about her epilepsy during the Qualifiers round of World of Dance.

Nolet has been a contestant in the NBC dance series World of Dance. In fact, she has been on the show twice. She first auditioned for World of Dance for the first season in 2017, however, she could not make it further.

She auditioned for the second time in 2019 for the third season of World of Dance. Well, she did not win the competition but finished in fifth place.

Impressed by her performance, American actress and World of Dance judge Jennifer Lopez invited her to perform on the It’s My Party Tour Jennifer Lopez.

She Is a Successful Actress

Along with being a successful dancer, Briar is also an actress and has appeared in some successful movies.

She made her acting debut in 2014 on the  Family Channel series The Next Step, where she portrayed a character named Richelle. She still appears in the series as an active cast.

The same year, she portrayed a dancer in Isabelle Dances Into the Spotlight, and a creature in Blood Hunters.

Her last film Let It Snow released in 2019 where she portrayed a character named Lisa.

Briar is in a relationship with her boyfriend Myles Erlick. Myles is her The Next Step co-star and they began dating in 2015 when Briar was just 16 years of age. They reportedly met on the sets of The Next Step.

Nolet has acknowledged her boyfriend as very supportive, and the one who was there with her in difficult times. She said,

“I was misdiagnosed and it started to get worse but we finally found an amazing doctor who was able to diagnose me properly. Even though I found out I have epilepsy, I was so relieved to finally have an answer and a way to solve it. I had a super amazing support system from my family, my friends and my boyfriend, though. I’m very lucky.”

Well, with such support and love there is an obvious question. Is she planning a marriage? To answer the question, Briar is not planning to get married anytime soon. However, we hope to see her with her husband soon.

Like Nolet, her boyfriend Myles Relick is also an actor. Likewise, he is also a singer and is signed to a record label named FAN ENTERTAINMENT INC.