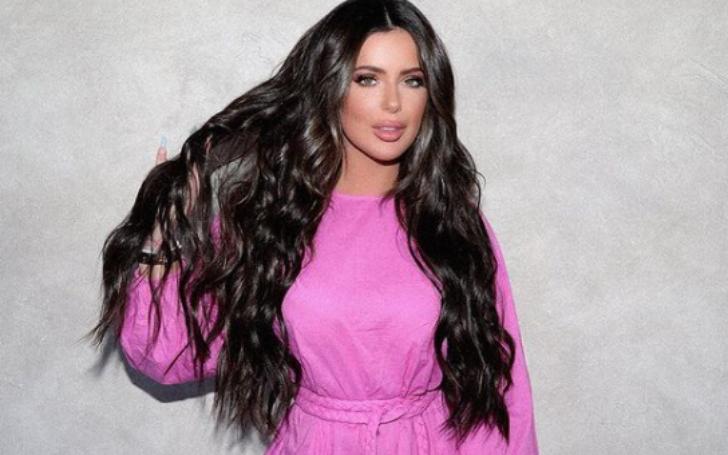 Don’t Be Tardy star Brielle Biermann is slowly grasping the reality TV roots just like her mom, Kim Zolciak. The bold TV personality has been on the public radar practically her whole adolescent life that’s why she now has her own sets of followers.

Besides, Brielle is often on the news for her high-profile dating rumors. Her fans are kind of curious if the outspoken celebrity is dating someone or not? Back in 2019, she was linked with an athlete, however, they called it quits some times later. In a recent interview, she mentioned being single.

Is it true? Is she really single? If not, then who is Brielle Biermann’s boyfriend in 2022? There are also speculations that she is married so is it true?

In March of 2021, the reality TV star confused many of her fans after a tweet she shared. In the Tweet, she wrote, “Married. Don’t Care.”

Upon tweeting the statement, it sent her fans in all sorts of frenzy. What’s more, she even shared the same tweet twice, which makes things even more confusing.

Her fans were quick to ask Brielle if she can tell who her spouse is, but sadly she has not revealed her partner.

Who is Brielle Biermann’s boyfriend in 2022?

It might come as a surprise to you’ll that Brielle doesn’t seem to have a boyfriend as of writing this article. She is currently relishing her single life. At the moment, Brielle is all into finding herself first.

We’re sure many of you might’ve come across a picture of Brielle with a guy named Ty French. The majority of her fans are still thinking she is dating this handsome hunk but let us clear one thing. The guy is gay.

Besides, in an interview with US Magazine, Biermann mentioned she is not looking for a stable relationship. She has had stable relationships since she was 14 and this time around, she’d like to enjoy the dating scene. To say the least, Biermann is more into casual dating as opposed to finding a long-term boyfriend, for now.

In addition to this, she also revealed the type of guy she is looking for. She stated three points that her future bf should have, loyalty, honesty, and spontaneity.

She says, “I just want somebody who is loyal, honest, and spontaneous. I really need spontaneity because my life is very crazy and if I wanna get on a plane and go out of town I want you to be able to come with me.”

In the same interview, Brielle also said in the past she has supported a few of her boyfriends but she doesn’t intend to support her new boyfriend and she expects the same from his side as well.

Brielle Tried Online Dating but it was a disaster

The year 2020 wasn’t a great year for those who were on the market looking for lovers. Any sort of social gathering was restricted in almost all countries. This is why Brielle even tried online dating which sadly didn’t work out for a celebrity of her stature.

She reportedly opened a Bumble account but it was deleted due to the fact that many reported her account thinking it was a fake.

Oh! how unlucky those guys were who reported her account! Be that as it may, she will definitely find her prince charming sooner rather than later.

On the other hand, according to her mom Kim, she gets a lot of Dm’s from athletes. She revealed on the HollywoodLife Podcast that many sports slid into her eldest daughter’s DM’s.

Moreover, her step-dad, Kroy Biermann worked with many of these athletes. Moreover, the Real Housewives of Atlanta star also maintains she’d definitely want someone like Kroy for her daughters. “I think a mini Kroy for all my girls would be great.”

Back in July 2016, the reality TV star announced she was dating Baseball player Michael Kopech, a minor baseball league player, at the time. Not a single soul knew about her romantic indulgences with Michael except for her family.

According to TMZ, the duo had begun chatting online in March 2016. Things became serious only a few months after.

However, their relationship had one problem, the distance. While Brielle was living in Atlanta, her boyfriend used to play in Salem, Virginia. In the initial phase of their relationship, the couple had this problem settled out. Sometimes Brielle would go and watch her beau play in Salem and sometimes Kopech would come to Atlanta.

A few months after they started dating Brielle was so much in love with Kopech that she would like to get engaged soon. Talk about being head over heels!

Nevertheless, things often do not go the way you plan. Similarly, their relationship couldn’t sustain as the distance took its toll and they decided to break up after dating for around 2-years in 2018.

A source at the time clearly stated they went their separate ways because of their long-distance. Both of them wanted to spend as much as possible with each other but couldn’t due to their professional commitments.

Brielle’s next BF after Michael was also a Baseball Player

Some times after calling it quits with Michael, Brielle started going out with Justin Hooper. Her new partner also shared the same profession, he was a pitcher at UCLA.

The exes made their lovey-dovey official after they attended YouTuber Jake Paul and Tana Mongeau’s “not legal wedding” on July 28, 2019, as a couple. At the event, the Don’t Be Tardy star wore a white satin dress while Justin looked handsome in a suit.

Many onlookers from the event claimed both Brielle and Justin were getting quite handsy with each other. But despite all the hype, their relationship couldn’t go the distance and they quietly separated. In November of the same year, Biermann revealed in an Instagram Q&A that she is single.

Brielle had a boyfriend in high school

Prior to her high-profile link-ups, the actress had a rather simple dating life. She dated a guy named Slade Osborne. She was in a relationship with him from her junior to senior year in high school. According to Brielle, he was the best boyfriend she ever had.

They were in a relationship for around 1 and a half years. The exes broke up in 2015 but on terrible terms and resented each other for several after their split. It was only on her first birthday, after their break-up, that Slade texted her and wished her. Since then the pair became friends again. Though they sparked romance rumors once again in 2019 after paparazzi spotted them getting cozy in Miami.

It might come off as a surprise for many but Brielle, despite what happened, is still friendly with her ex-boyfriends. Daniel Toce‘s daughter has remained close with her previous partners despite what had transpired between them.

Regardless, there’s one individual who has done something which is totally weird and shocking for Brielle. Her ex-lover, Michael Kopech, after breaking up with her, has reportedly blocked her on social media. Brielle revealed the incident during her interview with the US Magazine in June 2020.

From the video, we can say she is over the fact, but she is still distraught that he blocked her. She said, “You blocked me?’ And it’s, like, ‘Damn, did I hurt you that bad that you don’t want to see my stuff anymore?”