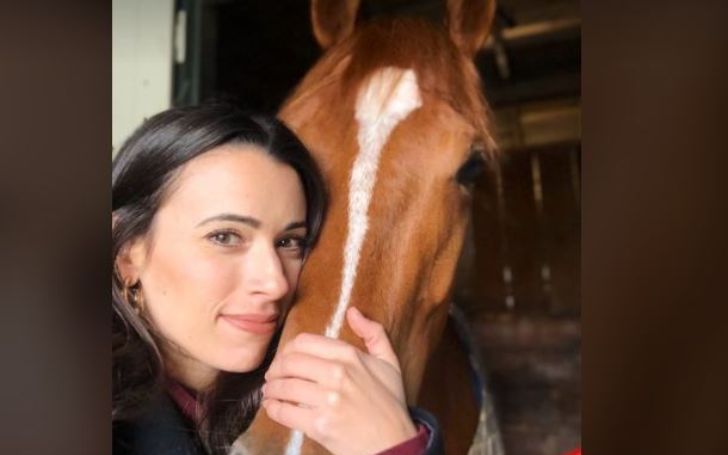 Britney Eurton is an analyst and paddock host with TVG, primarily covering the West Coast beat. She is a regular frontwoman for the TVG – the horse racing channel network. Britney also serves as a reporter for NBC Sports’ horse racing coverage, including the Triple Crown and the Breeders’ Cup World Championships.

At TVG, Eurton covers Thoroughbred racing across the U.S. and internationally. The NBC Sports and TVG analyst is exceptionally talented and one of the best who always seems to make her guests at ease during interviews and provides great insight and analysis. But more importantly, she has become a staple of the Southern California circuit.

She was meant to go into the world of entertainment and horse racing analysis from an early age. Eurton who resides in Los Angeles, CA is the daughter of Peter Eurton, a former jockey and accomplished thoroughbred racehorse trainer. The Horse Racing Reporter grew up immersed in horse racing and is one of the leading social media ambassadors for the sport.

The young, energetic reporter is knowledgeable and definitely adds excitement to the Southern California broadcasts. Britney hasn’t disappointed and her interviews with trainers and/or owners in the paddock are insightful and full of knowledge. But what about her personal life her usuals off the race track and mic; how did she make it into this world, what does she do after work, does she have a boyfriend. Know these in the latest underneath.

Britney Eurton Is The Daughter Of A Horse Trainer

The TVG/NBC host, Britney Eurton was born in September 1987 in Glendora, California.

Britney’s father Peter is a highly reputed trainer in the Southern California training ranks. He has been at it for more than 35 years.

Due to that, Miss Eurton spent plenty of time around the track growing up. She says her father is the most influential person in her career who also has always been one of her biggest supporters.

It was Kevin Grigsby of TVG who had first reached out to Britney for the reporting job. Grigsby offered her a role and asked her if she would be interested in auditioning. Britney not long after started working for TVG. Eurton started with TVG in 2014.

She started by covering social media, then got a promotion to a part-time reporter, and then earned her current role as a full-time host and reporter. Britney started at Los Alamitos and Mike Joyce (a TVG personality) was her mentor.

The Californian describes it as a nerve-wracking experience as broadcasting was foreign to her at that time, but her love for and knowledge of horse racing combined with her experience in front of the camera proved to be a winning combination.

There’s one other studio for whom Peter’s daughter works: The NBC.

She has twice won Fan Choice Awards winner during her time as a horse racing reporter. Britney says her most memorable memory from the race track is the 2014 Kentucky Derby. Her highlight as a horse track reporter was doing interviews at the 2015 Breeders’ Cup at Keeneland in Kentucky.

Britney Is Also Into Charity

She is also the founder of a charity event at Del Mar called the Hippity Hop Derby. Each year she chooses a different organization as its beneficiary, each in some way supporting the industry (CARMA, PDJF, etc.). The organization raised $1,200 in 2014 to over $50,000 in 2017 for the Thoroughbred Aftercare Alliance.

When asked where she would be in 10 years, Eurton answered, “On Good Morning America. I have lofty goals.”

Despite growing up around racehorses, it wasn’t an industry Eurton thought of choosing.

After attending Cal Poly and the University of Southern California Eurton set out to follow her passion but not thinking of pursuing anchoring rather something else. The full-time lover of movies, traveling, and wine wanted to become an actress.

In an interview with Aces Golf in June 2020, Eurton speaking of her original passion said,

“I wanted to be an actress, went to an acting conservatory in Santa Monica after graduation. I did some commercials and some theatrical roles, but I got burnt out, took six months off to relax, and started going to the track more.”

And apparently, that was how she ended up deciding on the track reporting career.

Because of her father’s years as a trainer, which resulted in her being around the track growing up, Britney says the transition from acting to her current job was easier.

Ironically, the one thing Eurton doesn’t do is ride horses.

Explaining the reason, the brunette reporter once said,

“It is something my parents never got me involved in. My dad was a jockey and then he got too big, so he became a trainer and took over my grandfather’s stable, but I grew up playing soccer and dancing.”

Does Britney Eurton Have A Boyfriend?

While Eurton interviews a handful of men aside from a race track, none of them has been spotted with Britney in any romantic aspects. Or even the guys who her fans might have never seen before.

Although the University of Southern California graduate is quite open to her followers through her social media handles be it either Facebook, Instagram, or Twitter, Britney is yet to reveal if she has a boyfriend or husband. Nonetheless, at least from her social media life, it can be construed she is pretty much single for the time being.

Is Britney Eurton Married To Husband?

As of 2022, she is not married. Also, she does not seem to have any plans to tie the knot. That said, we hope she finds a perfect husband for herself.

What Is Britney Eurton Salary & Net Worth?

While Eurton is a notable face in the horse racing industry, what she brings in terms of wages from this job of hers is also a whole different distraction that only requires hunches and estimations.

Britney does appear to have a restful life money wards, though what salary she is entitled to at TVG is yet to come into the light.

Nevertheless assuming the extra glamorous everyday life of the Californian anchor, one could say she easily surpasses hundreds of thousands of dollars for her paychecks. Her net worth is also expected to be in the millions.