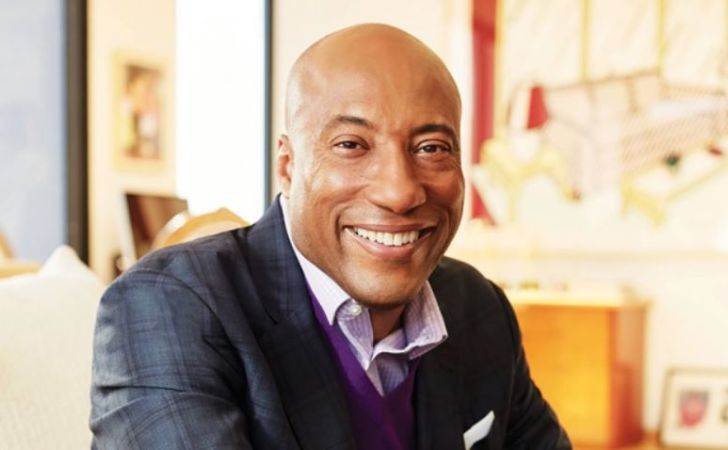 Byron Allen is one of the prominent figures in the American comedy scene. He is not only recognized as a comedian but also holds a position as a TV producer, & businessman. But besides all the fame and professional success, his love life has become a subject of media attraction. In fact, there are millions who want to know about Byron Allen’s wife.

But is Allen married? Well, he is married to his wife Jennifer Lucas and also has children. In this article, we are going to explore some untold detail about his marriage & other romantic relationships.

As we just mentioned, Byron is married to Jennifer Lucas. He married his wife in 2007 at the Hotel Bel-Air Beverly Hills, California. Their wedding was a lavish ceremony and over 120 guests attended the wedding, which also included Natalie Cole and Eddie Murphy.

While Byron Allen’s wife Jennifer wore a wedding gown that was designed by Carolina Herrera, Allen looked dapper in his suit. Talking about the happiest moment in life, the comedian stated that he had been waiting for the day for the longest time. He said,

I couldn’t wait to see her walk down the aisle

Not only the Entertainers with Byron Allen star had beautiful things to say about their marriage, but his spouse Jennifer also expressed her happiness. She said,

It was an intimate and meaningful ceremony to mark the beginning of the rest of our lives.

Following the wedding, a beautiful reception was held. A red-themed reception was organized in the ballroom of the hotel, which was decorated with thousands of red roses.

Further, a five-tiered cake with two different flavors, vanilla cake, and vanilla cake was served to the guests.

When & How Did Byron Allen Meet His Now Wife Lucas?

While the story of how Byron’s met his wife still a mystery, but they reportedly met a lot earlier before things turned into a marital relationship.

If sources are to be believed, Byron and Jennifer came across for the first time in April 2001. Though it is unknown when they actually began dating, they got engaged years later in December 2006 in Maui.

Eventually, the engagement turned into a marriage. Well, it has now been over a decade since they got married and their bonding seems as strong as ever.

Byron Allen & His Wife Are Parents Of Three Children

In a relationship that has already exceeded a decade, the husband and wife have welcomed three children. The couple is the parents of two daughters and a son. Their first child, a daughter Chloe Ava Allen, was born on August 22, 2008.

Prior to the birth of their daughter, they had announced their pregnancy in an interview with PEOPLE. Announcing the fact that they were expecting their first kid, the duo said,

We’re having a girl! We are so excited. We’ve always wanted kids, and this is the perfect time for us

Similarly, Jennifer gave birth to her second child, a daughter named Olivia Rose Allen on April 7, 2010. Around two years after the birth of their second kid, they welcomed their third child, their only son, on December 11, 2012.

Needless to say, all three siblings share a great relationship. They were also seen together on the red carpet events of Entertainment Studios.

Talking about Allen’s wife Jennifer, she is a successful producer. As of 2021, she is involved as an executive producer in her husband’s production named Entertainment Studios. With Entertainment Studios, she has produced some successful projects like Hostiles, which stars Christian Bale in the lead. She also executive produced the 2017 film 47 Meters Down.

Along with movies, she has also produced some successful TV shows. Some of her prominent TV works as a producer include The Secret Life of Us (2001), Marshall Law (2002), The First Family (2012).

A Short Bio of Jennifer Lucas

Byron Allen’s wife Jennifer Lucas was born in 1973. She was born and raised in Minneapolis. Her father’s name is Robert Lucas and his mother’s name is Cheri Lucas. While her father comes from Minneapolis, her mother is from Los Angeles.