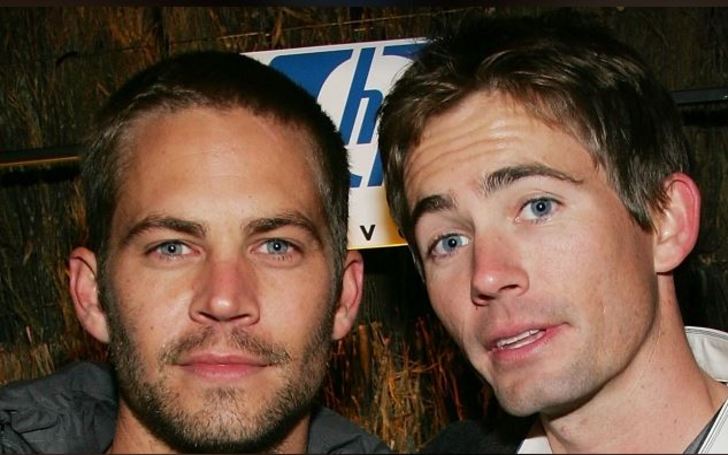 Caleb Walker is the younger brother of the late actor, Paul Walker, known for playing Brian O’Conner in the Fast And The Furious franchise. Caleb is the middle of the three Walker brothers, the other being Cody.

It took a huge toll on Paul’s brothers, Cody and Caleb, in addition to the whole Walker family when the Fast and the Furious actor died in a fiery car crash at the age of 40 on Nov. 13, 2013. Caleb and the rest of the family, nonetheless, continue to do what they can to keep the memory of their brother front and center.

To the Walker brothers, however, much more has happened. They, though are hardly ever in the news. It has been a while that people have seen them since their famous brother, Paul died in a tragic and fatal car crash.

So why is there obscurity? Explore what could be the possible reasons, including everything about Caleb’s from his marriage to many other aspects.

Caleb Walker Father Was A Boxer

Caleb was born on October 4, 1977, in Glendale, California. He is the son of Paul Walker Sr. and his wife, Cheryl Walker.

His ethnicity mostly includes English, as well as German, Swiss, and Irish. Caleb’s mother, Cheryl Crabtree Walker was a fashion model, and his father, Paul William Walker III, was a sewer contractor and former amateur boxer, who was a two-time Golden Gloves champion.

Caleb Walker And Two Of His Siblings Were Look-Alikes

Cheryl and her husband raised Caleb, his older siblings, Amie (half-sister), Paul, and Ashlie Walker, and his younger brother, Cody in the Mormon faith in Sunland, Calif.

Caleb and his younger brother, Cody very much resemble the body build and the face of their late brother. None of the brothers, however, are twins.

Caleb’s brother, Cody, the youngest of the Walker siblings married Felicia Knox, his girlfriend of seven years. They married four months after the release of the Furious 7 in 2015. Two years later, he and Knox became parents to Remi Rogue Walker.

He Was In Fast And Furious 7

After Paul’s demise, Caleb and Cody were the ones who stood in for their brother in his final film, Furious 7, which he left unfinished.

In the seventh installment, Caleb and his junior sibling, Cody had computer-generated imagery (CGI) of Paul’s face to complete the film’s scenes.

Caleb when talking with Entertainment Tonight in Sep 2016 revealed taking up his brother’s work in the blockbuster franchise, getting to know his co-stars and friends — such as Vin Diesel and Tyrese Gibson — was therapeutic for him and Cody.

“We got to understand more about Paul and what he was all about. We had to share Paul with a lot of people, in a weird way.”

The middle of the Walker brothers said he and his younger brother missed him. The siblings added they would see his behind-the-scenes footage and due to the closure, they understood their late brother Paul in a special way.

Working with Paul’s close friends in the cast, Caleb said he and Cody learned more than they expected about their famous sibling and heard “some really cool stories about him” that they never knew.

He revealed how his late brother, Paul kept a lot of things about work kind of quiet with his family and friends, and so by being in the film they were able to learn some things through [his co-stars].

Caleb filling in as body doubles for their brother in Furious 7 wasn’t his first role.

He actually made his acting debut in 2012 in The Ultimate Sacrifice, a short film.

Caleb Walker Is Married With A Child

In 2017, both Caleb and his wife, Stephanie welcomed their first son, Maverick Paul Walker, a cousin to Paul’s daughter, Meadow Walker.

The now 44-year-old Paul’s brother, Caleb, and his spouse named their son after his late brother. What’s more, the couple is about to become parents, once again, though this time it’s a girl.

He Is Friends With Vin Diesel

Caleb and Cody are both friends with Diesel, who was also Walker’s close friend, and other members of the Fast family.

Talking about the Joy Ride star, the fourth child of Paul Walker Sr and Cheryl said he had a really good talk with him whom he and Cody both consider their godfather.

Paul, who would have been 48-year-old in 2021, created the ROWW foundation after he visited Haiti in 2010. As per the organization website, they’re “an agile group of first-responders and other professionals in the medical and construction-related fields who augment local expertise when natural disasters strike in order to accelerate relief efforts.”

Cody, who used to be a paramedic, is now the brand manager of Reach Out World Wide.

Meadow, Paul’s daughter with his one-time girlfriend, Rebecca Soteros is obviously dear to Caleb and Cody.

The brothers once jointly said how she was the most important thing in the world to the Takers star and that they, themselves were very protective of her.

Meadow, the model, and daughter of the late Paul Walker married Louis Thornton-Allan on a beach in the Dominican Republic in Oct 2021.

Caleb Walker Thought On Bringing Back His Brother

In 2018, Caleb and Cody Walker produced and promoted I Am Paul Walker, a one-hour documentary about the actor’s childhood, family, and career with the director, Adrian Buitenhuis.

While promoting the documentary, Caleb Walker said he’d be happy to keep his brother’s likeness in the future Fast and Furious franchise.

He explained how he often hopes he gets to have a little cameo and bring Paul back to save the day and get to help create that again. Caleb added that it’s his dream and he hopes they get to do that in one of the future movies.

What Is He Doing Now?

Both Caleb and his younger brother are ocean lovers. In fact, they’re experienced fishermen.

The six-foot-one inch tall, Caleb often flaunts his wetsuit and the occasional massive fishing results on his social media.

Caleb is the owner of Chronic Tacos Bella Terra Owner, a restaurant in Huntington Beach, California.