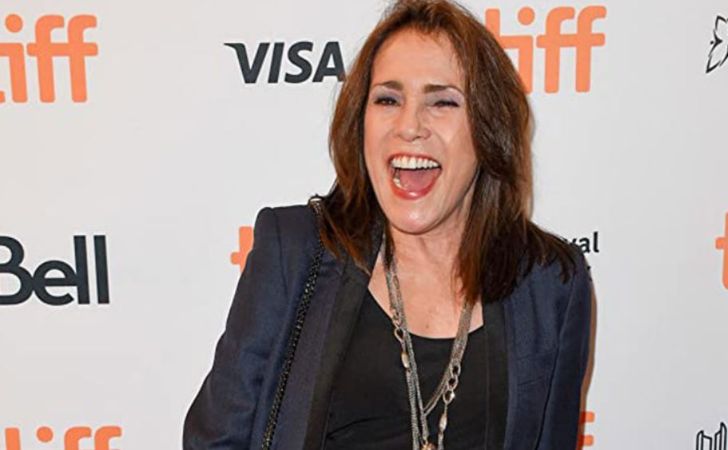 Camelia Kath is an American actress known for her work in movies and TV series like Fake-Out, & The Killing Time. Besides being a successful actress, she is also known in the media as the widow of American musician Terry Kath.

After the death of her first husband, Kath went on to marry for the second time with Kiefer Sutherland. However, it looks like she has already divorced her second spouse. From her marital relationships, she also has two children. Moreover, Camelia is currently in a relationship with her new boyfriend Jeff Lynne. Are they planning to tie the knot?

Well, in this article, we are going to talk in detail about her career, marital relationships, and net worth as well. Let’s begin.

Who Is Camelia Kath?

Camelia Kath, also known as Camillia Emily Ortiz or Camilia Lynn, is an American actress by profession. She was born on September 22, 1953, in Puerto Rico. At present, she is 67 years of age.

Talking about her childhood, she spent her early days in her hometown, before she moved to West Hollywood, CA, along with her parents. Unfortunately, she has not revealed many details about her parents so far.

Besides, she is an American in terms of nationality and belongs to white ethnicity.

Like we said, Camelia has had a successful profession in different fields. She is not only an actress but a make-up artist and has also produced a few TV series.

She began her career professionally back in 1980, where she played a minor character in the movie Terror on Tour. Following that, she became part of the 1982 thriller Fake-Out.

Her character in the series proved to be pretty successful bringing her an opportunity in the 1984 TV series Buchanan High. In the series, she played a Condo Manager. Her latest work as an actress was in the 1987 film The Killing Time, where she played a character named Laura Winslow.

She Was The Writer and Executive Assistance for The Nanny

Other than acting, she has also tried her hands in writing. In fact, she even wrote an episode named The Dummy Twins of the 1999 series The Nanny. Not only this, but she also contributed as the executive assistant of over 10 episodes of the show.

Talking about her other contribution to movies and TV, she produced a short film Roundabout in 1999. Likewise, she also worked as a makeup artist in the documentary Mr Blue Sky: The Story of Jeff Lynne & ELO.

Apart from these, she has also made brief appearances in documentaries like Behind the Music, The Terry Kath Experience, & Mr Blue Sky: The Story of Jeff Lynne & ELO among others.

Like we said, Camelia is the widow of late American musician Terry Alan Kath. The couple married in 1974 in a very private wedding ceremony.

Camelia had reportedly met Terry in June of 1972 in Chicago when she was still a teenager. Their first meeting soon turned into a romantic affair and into a wedding knot as we said.

However, things apparently were not meant to last for very long. Almost after four years of marriage, Camelia lost her then-husband Terry in a gunshot.

How Did Camelia’s Husband Terry Die?

As per the reports, Terry who loved carrying guns and target shooting apparently lost his life to a bullet he was unknown about that was there in the magazine. The incident happened at around 5:00 p.m. Pacific Standard Time on January 23, 1978, where he was reportedly playing with his .38 revolver.

As per the reports by Don Johnson, Kath’s band technician who was also present during the incident, Terry was continuously spinning his revolver in his finger, and mockingly put it on his temple and pulled the trigger.

However, when Johnson tried to stop him, he showed him the empty magazine. Unknown about a bullet in the chamber, Terry pulled the trigger again mistakenly killing himself. He was 31 at the time of his death.

Just for a fact, Terry was married to Pamela Robinson from May 1970 to May 1975 before he married Camelia.

After the death of Terry, Camelia led a single life for around a decade. However, she eventually decided to move on after she fell in love with Canadian actor Kiefer Sutherland.

After meeting in around 1987 and dating for a few months, the couple finally tied the knot in September 1987. In fact, she also became the stepmother of Kiefer’s children from his previous relationship.

Unfortunately, things became a little dull between them after the birth of their daughter Sarah. As per the reports, Sutherland didn’t give much time to the family leading to their divorce in 1990.

in case you didn’t know, Camelia is a mother of two kids. Her first kid, a daughter Michelle Kath was born on May 19, 1976, in Los Angeles, California, from her relationship with her first husband Terry. Well, Michelle is a successful film director and producer.

She welcomed her second daughter Sarah Sutherland on February 18, 1988. She was born from her marital relationship with her second husband Kiefer. Just for a fact, Sarah is also an actress and has appeared in movies & TV series like Ms Fisher’s Modern Murder Mysteries, The Kid Detective, Veep, What They Had, and others.

She Is Also A Grandmother

Camelia is not just a mother but has also already become a grandmother. Her elder daughter Michelle is already married and also has two kids from her marriage with Adam Sinclair. She has two sons Robert Quinn Sinclair and Hamish Sinclair, who are grandsons to Camelia.

Apparently, Kath enjoys her relationship with both her grandsons.

After two unsuccessful relationships, Camelia is currently in a relationship with her boyfriend/partner Jeffrey Lynne. As per the reports, she is dating a British singer since 2008. Even after being in a relationship for over 12 years, the couple seems pretty happy together.

The couple has made numerous public appearances together. Back February 5, 2008, they were seen together at an event in Los Angeles.

Further, they were also seen together at an ELO concert back in September 2019. They looked pretty much in love together and they still share similar chemistry. So, are they planning to walk down the aisle? Apparently, the couple doesn’t seem to have any plans to get married anytime soon.

However, we hope their love continues the same way forever.

How Much is Camelia’s Net Worth?

As an actress & producer, she is pretty much obvious to earns a good amount of money. Further, she also received a good deal of money from her divorce settlement with her second hubby. Well, as far as her net worth is concerned, she is said to be worth around $1.4 million as of 2021.

Likewise, her current boyfriend Jeff has a net worth of $100 million.