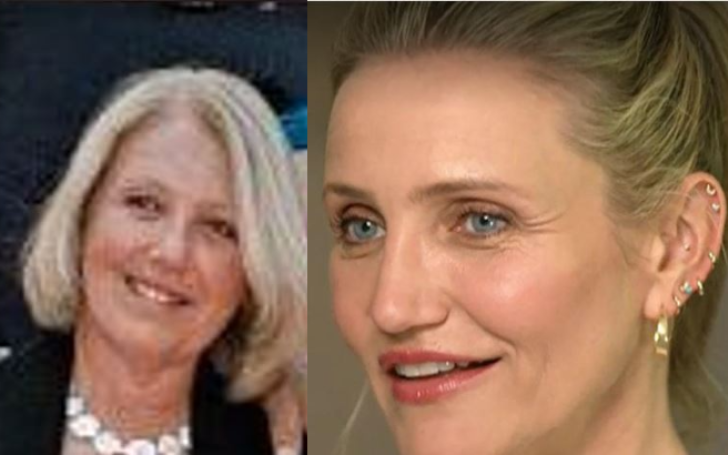 Billie Early is an import/export agent who is better known as the mother of actress, author, and former model, Cameron Diaz. Having first appeared sort of out of the blue in the 90s, Early’s daughter, Cameron would become one of the most famous people in the movie industry at that time and in the years ahead.

With cover shoots for numerous magazines, interviews, red carpets, rom coms, and subsequent blockbusters, Billie’s daughter, Diaz was and still is one of the most recognizable faces in Hollywood and internationally. In the present, however, Diaz seemingly has become among the celebrities who gradually sort of push themselves to anonymousness.

The actress nevertheless has a bustling and fulfilling life outside of the movies mostly with her non-Hollywood projects and families that include her mother, Billie Early. Despite all the frankness with the media, Cameron often never revealed much about her parents. Get opened-up recountings on who really is the actress’ mother, Billie Early, her relationship with Cameron’s father, her profession, and more.

Billie Early Has A Bit Of A Cherokee Ancestry

Among the many ancestry features of Billie’s ethnicities, the most reported ones include English, Scottish, Irish, and Anglo-German. Early’s daughter, Cameron once stated her mother’s lineage also has a bit of Native American blood (Cherokee). It however is unclear if the Mask actress ever verified that ancestry.

Cameron’s mother, Billie j Early, who was born around the year, 1951, is the daughter of William Marion Early and Elizabeth Jeanette Waddington.

Billie’s mother was Californian by birth while her father William was from Missouri.

While it is open to speculations about when Billie and her husband Emilio met each other, records have stated the two were married for 40 years until the latter’s death in 2008.

The couple, who tied the knot sometime in the year 1969, spent most of their life in Seal Beach, California. Early during her marriage with Emilio was still in her late teens; allegedly 18.

Billie’s late spouse used to work for UNOCAL (what used to be the Union Oil Company). He was a field gauger in the pipeline department for more than 20 years. He retired in the year 1998. Early got married to Emilio Diaz at a young age and by 21 she was already the mother of two.

The couple raised their daughter, Diaz in Long Beach and sent her to Los Cerritos Elementary and later to Long Beach Polytechnic High.

Cameron once revealed growing up with her mother, Early and her father, Emilio, was very frugal. The now 49-year-old actress said while her parents were terrific, the family would often accumulate soda cans and swap them in for additional money.

Early’s husband Emilio Diaz died of pneumonia in 2008 of a staph infection. He at the time was 58. During the time of her father’s death, actress Diaz was filming, My Sister’s Keeper.

Diaz upon losing her father said she grieved with the help of the strong bond she shared with her mother. Early also told her daughter how there is nothing as such good grieving and that a person is better off experiencing the pain of loss as it is.

As per Diaz’s own words,  her father and Early’s late husband Emilio had an unmatched proclivity for laughter and was a guy who used to embrace life head-on in an unforgettable way.

He apparently was the center of the family. The Sex Tape actress has often stated that she inherited the spirit and humor from her late father, Emilio.

What Does Billie Early Do; Where Is She Now?

For several years, Early professionally has been reported to be an import/export agent. Though it never came out in the open where she was based at. It is also unclear what the New York Times best seller’s mother does in the present; whether she has retired or still working.

Also, something that has remained unanswered is if Early ever remarried after the death of her husband, Emilio. She, nevertheless, is presumed to be residing nearby her daughter’s somewhere in the San Diego area.

As mentioned, Early has two daughters, Chimene and Cameron, whom she had with her late husband, Emilio. She is extremely close to both of her daughters, Chimene, and her celebrity daughter, Diaz. Because Emilio was working in the pipeline industry, the pollution around the surrounding made his and Billie’s daughter, Cameron asthmatic.

Also, because of their early financial conditions, Diaz says her mother and father taught her to be hardworking and sensible with her money. Early and her late husband also raised their children to be appreciative of their cultural heritage. Cameron now is married to Benji Madden, the guitarist of the rock band Good Charlotte.

The Californian actress and the lead guitarist, Madden met in 2014; they had the chance to know each other via Diaz’s friend, Nicole Richie who is the wife of Benji’s brother Joel Madden.

Billie reportedly liked her daughter, Cameron’s husband, Benji when they first meet each other in Italy. In fact, it was Early who first told Diaz that she was going to marry Benji.

How Rich Is Billie Early; What Is Her Net Worth?

Although Early’s daughter Cameron has lessened her movie career in recent years or better yet semi-retired, the Other Woman actress is conclusively doing good in terms of financial achievements as far as the estimate suggests.

Being the third highest-grossing actress in the world with her films producing $7 billion worldwide, it shouldn’t come as a surprise that Diaz has an estimated net worth of over $140 million.

Her wealth also extends to her own makeup line and some best-selling books. Movies or no movies, Early’s actress daughter has been a rich celebrity for a long time and from the looks of her business, she might be in the affluent league for the long run.

When she was younger, Cameron had thought of being a mother of two by age 21 just like her mother, Billie.