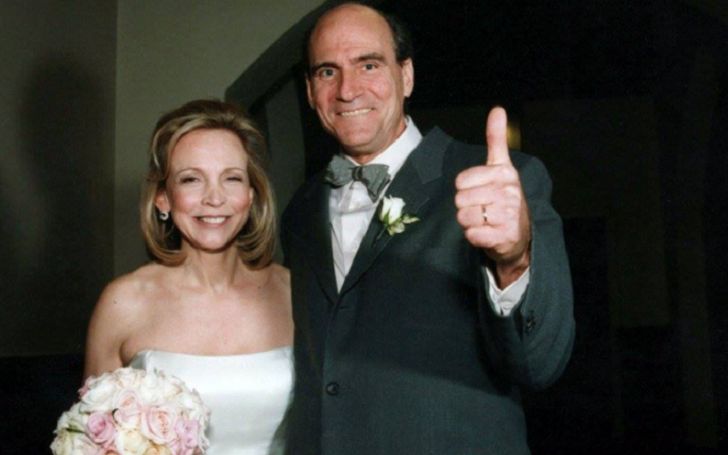 Caroline Smedvig (aka Caroline Elisabeth Hessberg or Kim) is a former director of public relations and marketing for the Boston Symphony Orchestra, a popular orchestra in Boston. After leaving the company, Smedvig started working as a trustee for BSO.

Aside from her professional career, Caroline is also widely known as the wife of James Taylor, a six-time Grammy Award-winning singer-songwriter. The couple who has been married for over a decade and more is also blessed with two children. Besides, did you know that Caroline was previously married to a late virtuoso classical trumpeter Rolf Smedvig?

Well, here are several other unknown facts regarding James Taylor’s wife Caroline including her parents’ demise, other family details, and more. Let’s take a closer look!

How old is James Taylor’s wife Caroline? Details on Her Parents

Caroline Smedvig is age 68 as of 2022. She was born on 31st May 1953. She was raised in Albany, New York State. Smedvig is the daughter of Albert Hessberg and Elisabeth Fitzsimons Goold. Her father who graduated from Yale University was a prominent Albany lawyer and a senior partner in the firm of Hiscock & Barclay. Furthermore, Albert was also president of the Albany County Bar Association.

Besides, regarding her nationality, Smedvig is an American and belongs to the Caucasian ethnicity.

Both of Her Parents Died

On the other hand, Caroline’s mother Elisabeth passed away in 1991.

Grew Up With Her two Siblings

Caroline has two siblings; brothers named Albert of Albany and Philip of Atlanta.

Smedvig attended Albany Academy for Girls, graduating in the year 1971. She later went to college in North Hampton. She is also an alumnus of Smith College and University.

Who is James Taylor’s Wife? All About Caroline Smedvig Professional Career

Caroline (aka Kim Taylor) previously worked for Boston Symphony Orchestra. She started working for the company as a publicist in 1980 and associated professionally with the company until leaving BSO in 2004. She later became a trusted advisor for Volpe. In 2007, Caroline was designated as a board member of its overseers and in Sept of the year, started serving as a trustee.

Prior to BSO, Smedvig also worked for a couple of newspapers. She was a writer for local Knickerbocker News during her college years. Later on, Kim also worked for the Springfield Daily News, an old afternoon paper.

How long have Caroline Smedvig and Her Husband James Taylor been married?

The couple has been leading a blissful married life since 2001 and their relationship has only gotten stronger. As for their wedding, it took place on 18th February of the year in Lindsey Chapel, part of Boston’s Emmanuel Episcopal Church. They wed in front of their fifty friends and family members.

Besides, Caroline and her hubby James who have been together for a long-time are incredibly supportive of each other. And they both are also quite open regarding their enduring marriage. Along with their often public appearances, they also frequently spots together performing on musical stages.

It Took Two Years to Start Dating After Their First Encounter

Caroline first met her future husband Taylor back in 1993, when Taylor played a Boston Pops show at Symphony Hall which was conducted by John Williams. But, the two wouldn’t start dating until the year 1995. Why? because it was only in the year 1995 that James was allowed to see anyone.

In an old interview, the artist said,

“I remember her from that time, and it was a couple of years later that I was free to see anyone.”

Moreover, James also expressed his delayed relationship with Carolina by writing a song. In the song, one of the verses states,

“Caroline I See You.”

“Caroline, I love you, though I’m late to say so.”

Caroline Smedvig is the Mother of Twins

The two welcomed their biological twins, Rufus and Henry Taylor in April 2001. The twins were born via an unnamed surrogate mother who was a family friend of Taylor as per the Boston Herald reports. The unknown surrogate mom underwent in vitro fertilization in 2000. And the pregnancy news came out a month before their twins were born.

Before marrying Taylor, Caroline was in a marital relationship with Rolf Thorstein Smedvig, the late orchestra’s principal trumpeter. The former flames exchanged their vows back in December 1980 in Albany. However, their relationship didn’t last long and they went their separate ways after a few years of their marriage.

Following their separation, Rolf went on to marry Kelly Holub.

The legendary artist was first married to actress Carly Simon in November 1972. The two led a happy married life for several years before their divorce in 1983. The former flames also shared two kids Sally and Ben. Like their father, both of their children have also shared the same love for music. Especially, James’ daughter Sarah Maria Taylor has built a highly successful path as a singer.

For the second time, Taylor went on to marry his second wife Kathryn Walker on 14th December 1985. Their wedding ceremony was organized at the Cathedral of St. Jhon the Divine.

However, their marital relationship also dissolved after over a decade of marriage in 1996.

Sources say that Caroline has an estimated net worth of $500,000 as of 2022. In addition, her hubby James’ fortune is $80 million at present. He has earned such massive wealth from his extensive music career that has spanned over a half-century and more.

Caroline and her spouse currently reside in Lenox.