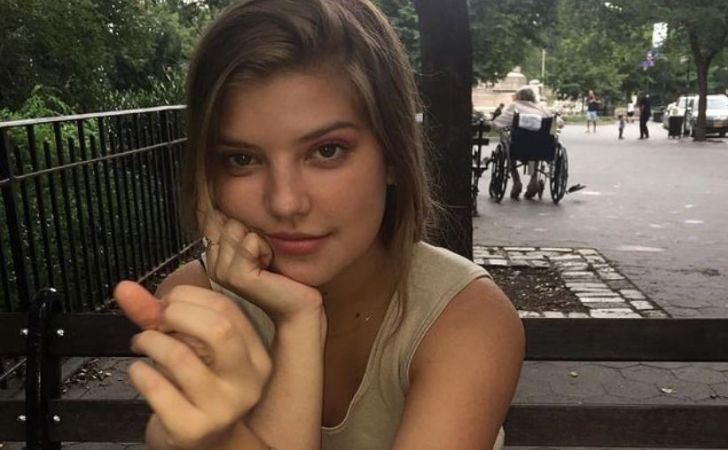 Catherine Missal is an actress known for her role in movies like Vacation, Movement and Location, and numerous others. She is merely in the early 20s but has already achieved applaudable fame and recognization.

Coming from a family of singers and recording artists, Catherine also has an interest in singing. In fact, she has given a few stage performances along with her sisters as well.

Well, in this article, we are going to reveal some untold facts about Catherine. Also find out about her parents, career, relationships, and other interesting details.

Catherine Missal’s Father Was a Musician

Well, early exposure to music left a huge influence on the kids of the family, especially Catherine’s elder sister Donna, who is a successful singer.

All of Catherine’s Siblings Are Successful professional

Not many know but Catherine Missal has a brother Steve and four siblings Linda Missal, Kelley Missal, Becky Missal, and Donna Missal. The most interesting thing is that all her siblings are hugely successful in their field.

One of her sisters, Donna is a successful singer. She has already released a few studio albums that include This Time, & Lighter. Apart from these, she has also released some single which also became hugely popular. Some of her other successful songs are Keep Lying (Demo), The Keeper, Get Well.

Talking about Catherine’s other sister Kelly, she is also an actress. She has been part of some successful movies like The Crossing (2018), One Life to Live (2013), and Contest (2013).

Similarly, Cat’s brother Steve is a guitarist by profession and is often on stage. He has even assisted her sisters as a guitarist during their live shows.

But unlike the rest, two of Cat’s sisters Linda and Becky are not into music and movies but rather in the corporate business.

Catherine Missal Is An Actor

As we mentioned earlier, Catherine is a successful actress. She began her acting career pretty early in life. By the age of 15, she had already appeared in the 2014 movie Movement and Location. The movie was directed by Alexis Boling, and stars actors like Bodine Boling, Brendan Griffin, & others in the lead.

Video: Missal At The Premiere of Movement and Location

Similarly, in  2015, she played a crucial character named Adena in the film Vacation. Directed by John Francis Daley, & Jonathan Goldstein, the movie stars actors like Ed Helms, Christina Applegate, Skyler Gisondo, among others.

Likewise, back in 2016, she was one of the leads in the film Natural Selection. She played a character named Tiffany, along with other actors like Mason Dye, Anthony Michael Hall, Katherine McNamara, and Esther Zynn to name a few.

In the year 2017, he portrayed a character named Young Amy in an episode of Doubt. Following this, in 2018, she also played Tara Rayburn in a TV series named The Blacklist.

Is Catherine Dating a Boyfriend?

No doubt, Missal is pretty successful and is recognized across the world. But when it comes to her love life, the actress seems to be pretty tight-lipped. So far, there are no updates on whether is dating a man.

Going by her social media posts, it does not look like she is in a romantic relationship. But at the same time, as a teen sensation, it is highly possible that she is dating but has kept her relationship a secret.

For now, all we can do is wait until she comes out publicly about her relationship.

Is Catherine Missal On Social Media?

Likewise, she is also on Twitter with over 3000 followers. Well, on both platforms, she gives a little bit of insight into her personal and professional life.

Who Is Kelley Missal? Her Bio, Personal & Professional Life