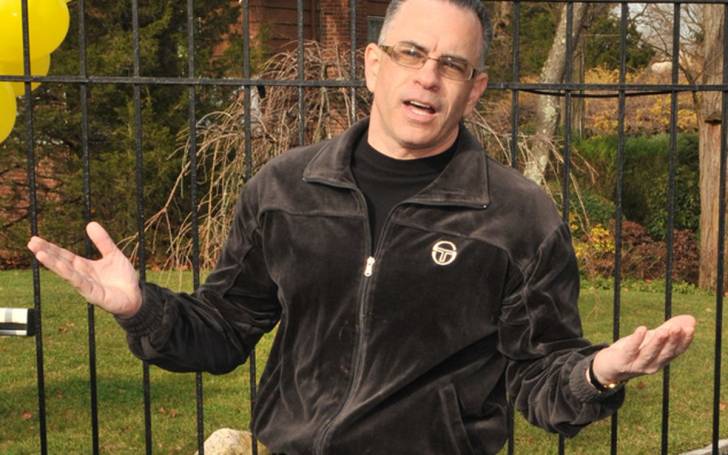 Charles Herbert Gotti came to media prominence due to his affiliation with the Gotti Family. The family is infamous for its connection with the Gambino Crime Family. Charles’s father John Gotti Jr. once even served as the boss of the family.

Moving on, there are a lot of reports that Charles also got involved in his family’s business. Still, not a whole lot is found about him. All of his siblings have a relatively open public life but not Charles.

Today let’s try to uncover all the truth regarding his life and find out all about his early life and affairs.

Who is Charles Herbert Gotti?

For most of us, Charles is famous as the grandson of the late Gambino crime family boss, John Gotti Sr. Born on August 28, 1985, Charles is the son of John Gotti Jr. and his wife Kimberly Albanese. John Jr. acted as the boss of the Gambino family. Charles is one of six children of John Jr.

His mom and dad have been married since 1990. Charles belongs to the Italian ethnicity. Aside from his name, there’s not a whole lot known about the guy. It’s as if man isn’t even on the earth.

If the information on the internet is anything to go by then Charles has five siblings, Frankie, Gianna, Angel, John Gotti Agnello, and one another.

Though none of Charles’s siblings are active on social media, John Gotti Jr. usually shares pictures of his kids. But out of all the photos he has shared, rarely do all six of them feature together.

Of all the places John Gotti’s Jr. children would’ve gone to, John Gotti III ended up becoming an MMA fighter. Yes, he fights in the UFC. Born in 1992, he is a welterweight. Standing at a height of 5ft 11 inches, he has a terrific record when he is inside the ring.

His winning recording stands at 5 wins and 1 loss. His fighting prowess is impeccable and has been acknowledged by the UFC expert and podcast host, Joe Rogan.

Gotti III is still young so it is safe to say the man will become a legendary fighter in MMA. However, his journey wasn’t all sunshine and rainbows. His father was absent a lot due to his work as a mob boss. Moreover, John Jr. even had to spend several years behind bars due to his connection with Racketeering.

Apart from that, Gotti Jr. also mentioned that it was he who first incited the fire of fighting sports inside his sons. When they were young John would often take his sons to local fighting events.

In an interview with UFC, he said,

“If there was a local card, a boxing card or there was an MMA card in Jersey, I would take my sons to those cards to make up for lost times. I was always a boxing buff. This is boxing on steroids times five.”

What Does Charles Gotti do? A Mobster Like His Dad?

As we mentioned above that there is no single valid information regarding Charles on the internet. In an old thread on the website, Gangsterbb, it has been stated that Charles reportedly became a soldier of the Gambino family in 2006.

Apparently, he killed a man named Salvatore “Big Sal” Portella. Reportedly, the Gambino Family and Salvatore’s Wealthy Family were having bidding wars over garbage routes. After the incident, Charles reportedly became a made man in 2009.

Despite all that is written, one cannot say for certain if all the information stated on the website is true or not.

Internet Users claim Charles Is Not Even a True Person

We all know that everything we found on the internet is not totally true and the same is the case for Charles. A thread created by Reddit users claims that Charles Herbert Gotti is not a real person.

According to the thread, a person had created a Wikipedia page of a person who goes by the name, and this is where the misinformation regarding Gotti Jr.’s apparent son started.

Till now, there is a big dilemma whether Charles really is the name of John Gotti Jr’s son or not. Even if he is real, then he has done a fantastic job of keeping his identity well beyond the reach of the public eye.

Though he does not seem to like social media, we would love to see him on social.