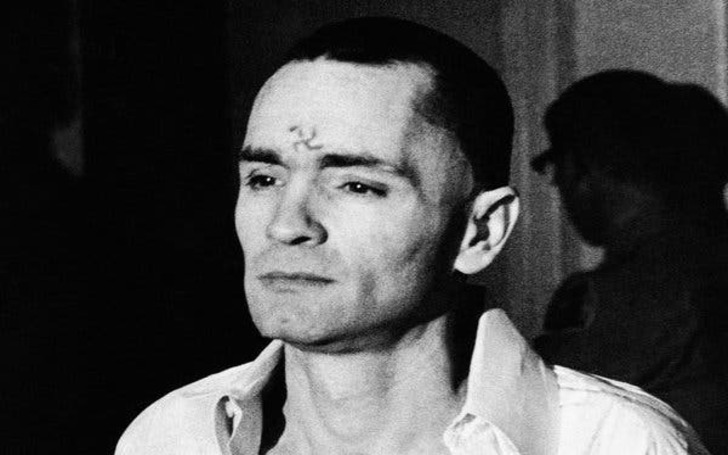 Charles Luther Manson is the son of the late notorious criminal, Charles Manson. Luther’s father, the infamous Manson led the Manson Family, a cult based in California. Some of the members killed nine people between July and August 1969.

Charles did leave a family of his own whilst also enjoying a conventional life of being a father and a husband on more than one occasion. However, none of his family members; either ex-wives or children had a long-term relationship with him.

In fact, from what it appeared, they seemed to care little to none about the convicted criminal. Also, each of them did pretty well hiding from the public exposure so much so that not even the death of some of them made it to the media. And one such name is that of Charles Manson‘s second son, Charles Luther Manson.

Charles Luther Manson Was Born In The ’60s

He was born on birth September 24, 1960, though the book, The Life And Times of Charles Manson writes he was born in early September 1961.

His Mother Was A Sex Worker From Los Angeles

Luther’s mother, Candy Stevens, originally, Leona Rae Musser was born around the year 1940 as per Jeff Guinn’s Manson, The Life and Times of Charles Manson-Simon & Schuster (2013).

While it is unclear where her birthplace was or her family, biographers have mentioned she was in Los Angeles, California when she first met Manson. She was at the time a prostitute. Though it is unclear if Charles prompted her to do such a job or if she was in the profession from the beginning.

Likewise, the book, The Family: The Story of Charles Manson’s Dune Buggy Attack Battalion by author, Ed Sanders reports police had said Stevens to them appeared as a Caucasian woman.

As per the biographies and reports, the time was probably around the mid-’50s. And Luther’s mother was working in the street for Charles.

She had also once lied about her pregnancy to convince the judge and jury to pardon her killer husband. Candy said if they let go, she and Manson would get married and start a family.

After getting out of prison, in December 1959, Charles drove Candy and another girl from California to New Mexico. The police, however, caught them and the head of the Manson family faced fresh federal charges of violating the Mann Act, which prohibited transporting women across state lines for prostitution.

After the arrest, Manson tried to marry Stevens. He did this to prevent her from testifying against him. The law forbade wives to speak against their husbands. So Luther’s parents married in 1959.

Leona, still, attested and her then-husband went to prison again. She apparently did so to get her own charges dropped, thereby becoming a “material witness.”

In March 1960, Leona became pregnant with Charles Luther Manson. Then in September 1960, she gave birth to her son and Charlie’s son.

Where Is His Mother, Candy Stevens Now?

Leona Rae Musser had little to do with their ex-husband after the divorce. Sources mention she did her best to hide herself and her son from infamy and public attention.

To date, she hasn’t been part of any headlines.

Luther’s late criminal father, on the other hand, yet again got engaged in November 2014 to a 26-year-old lady from Illinois, Afton Elaine Burton. Manson and Burton, however, couldn’t marry as the former thought his wife-to-be only wanted to marry him for publicity. Afton, as for herself said the wedding couldn’t happen because Charles’ marriage license had expired.

In 1993, White ended his life shooting himself in the head in Burlington, Colorado. White’s estranged son, Jason Freeman, told CNN in 2012 that he believed his father took his own life because of the fact that he was Manson’s son. White, however, didn’t leave any suicide notes.

Much like his grandfather, Jason also had it rough growing up. He too reportedly spent time as a child in and out of juvenile detention centers, county jail, and eventually prison. Though it has been quite a time since he started living a clean life.

Luther’s father, Charles Manson also had a third son, Valentine Michael Manson. He was born in 1968 to his devoted follower Mary Brunner in a house in Topanga Canyon. Mary, a UC Berkeley campus librarian was Manson’s follower to join the cult group, The Manson Family.

Rumor has it Manson named his son Valentine after the protagonist of his favorite novel Stranger In A Strange Land, from the writer, Robert Heinlein.

Much like Luther and Manson Jr, Valentine too didn’t live long with his father’s name. In 1970, Mary’s parents filed a petition for Valentine’s guardianship, which they won. They then changed his name to Michael Brunner. Reportedly, Michael also sees his father as an evil person and is very grateful to grow up with his grandparents in Eau Claire, Wisconsin.

How Many Other Siblings Did Charles Luther Manson Have?

It is still unclear how many children did Manson fathered while still being alive. When a reporter asked the late killer in 1981 about the number of children he has, Manson replied,

“Uh, I don’t know. I’ve got lots of children, man. Uh, in fact sometimes I even think that you’re a child,”

Up until his death, there were people who claimed to be Manson’s children but each of their paternity tests said otherwise. Some of the names were Zezozose Zadfrack Glutz, born to Susan Atkins; Phoenix, born to Catherine Share, and Ivan, born to Sandra Good.

Additionally, an aspiring rock musician from Los Angeles, Matthew Roberts, also claimed to be Manson’s heir. Jason Freeman was another name who claimed he was Manson’s grandson, though his DNA test proved he was from Charles’ lineage. Furthermore, Rebecca Evans-Bonyadi from Los Angeles also claimed she was the criminal’s daughter, but so far there has been no definite proof.

Is He Still Alive?

Of Manson’s children, Luther was the most successful at maintaining anonymity. In 1976, he reportedly changed his name to Jay Charles Warner; the first name coincided with his deceased half-brother. He allegedly died in 2007 at age forty-seven. Some claimed Warner was a tall man with blond hair and blue eyes.

The covert life of Charles’ second son allowed almost no detail regarding how he lived most of his life. Some people still believe that Jay is still alive while others are certain he has very much kicked the bucket.

In April 2017, Manson Blog reported that Warner did have a family and at least a daughter. In fact, she also provided a picture of him, albeit blurry. However, people argue the theory lacks DNA testing and all.