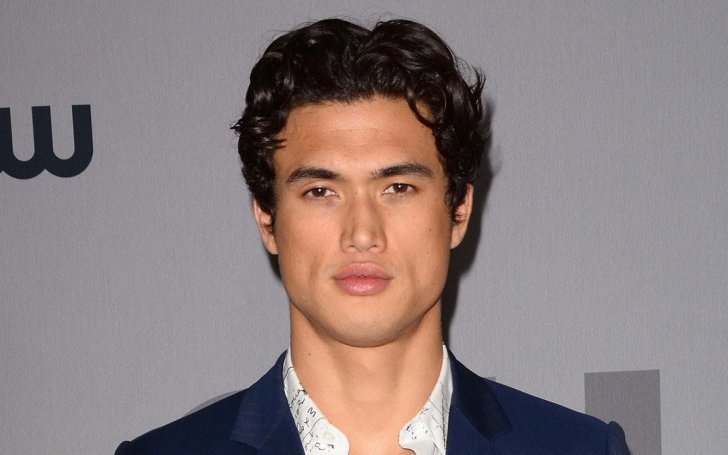 As rumors have it, Melton is reportedly dating American actress and singer Vanessa Hudgens

And it looks like the handsome actor might just be dating someone already. Is it true? Who is the lucky girl? Let’s find out!

Who is Charles Melton Dating? Linked with Vanessa Hudgens

As of 2020, Charles is not in a confirmed relationship with anyone. The actor went through a break-up, a few months ago and it looks like he is not ready to jump into the dating scene.

Off-topic, his Riverdale co-star, Casey Cott isn’t in a confirmed lovey-dovey as well.

Like we know how celebs these days come out with their romance via social media, Melton himself is yet to share any pictures with a new love interest, if he has any.

However, the 29-year-old was recently associated with actress, Vanessa Hudgens. Rumors of their affair came after they co-starred in the movie, Bad Boys for Life.

Charles and Vanessa’s Terrific Chemistry at the Bad Boys Premiere

Although rumors of their romance came after they starred in the same movie, it wasn’t until their red carpet appearance together which made fans even more curious about the nature of their relationship.

While attending the premiere of the movie, Charles was joined by Vanessa and fellow co-star, Alexander Ludwig. The trio had a lot of cute moments in the premiere, nonetheless, Charles and Vanessa stood out the most.

Furthermore, Vanessa is freshly out of her relationship with her boyfriend, Austin Butler. They broke up after dating for 9-years in January 2020, likewise, Charles is also single.

Fans Shipped the Duo All over the Social Media

As soon as the red carpet event turned out, Vanessa and Charles’ fandom started shipping them as potential girlfriend and boyfriend. Twitter was set ablaze by fan’s tweets stating the pair will date, sooner or later.

Here are a few of those tweets!

Fine I’ll say it. I think Vanessa Hudgens and Charles Melton are going to be together.

charles melton and vanessa hudgens will end up together, mark my words

In addition, some fans are adding to the speculation and saying the duo might just be going out whilst shooting the movie.

At the moment, reps for the stars are yet to say anything on the matter.

The source even mentioned Camila was leaning on his shoulder as the duo had a romantic evening. Since then, the duo had an adorable relationship and used to share a lot of pictures.

Moreover, the duo even celebrated their 1-year anniversary. On the big occasion, Mendes added a picture with her beau and wrote in the caption, “365 days.”

Despite all the chemistry, the couple is no more together.

Why did Charles and Camila Broke-up?

Nevertheless, a few months after their 1st anniversary, the duo called off their affair. In December, E! Online confirmed the duo is “Taking a Break.”

A source, at the time, told the magazine,

Despite their separation, the former flames remained good friends. Regardless of their difference in opinion, they are working together without any problem.

They sparked romance rumors in 2021

In June 2021 Charles and Camila made headlines once again after they were spotted having outdoor dinner with their Riverdale co-star Cole Sprouse and his twin brother, Dylan, and model Stella Maxwell. Both of them wore matching yellow outfits.

Who is Casey Cott Dating 2021? Details on the Gay rumors