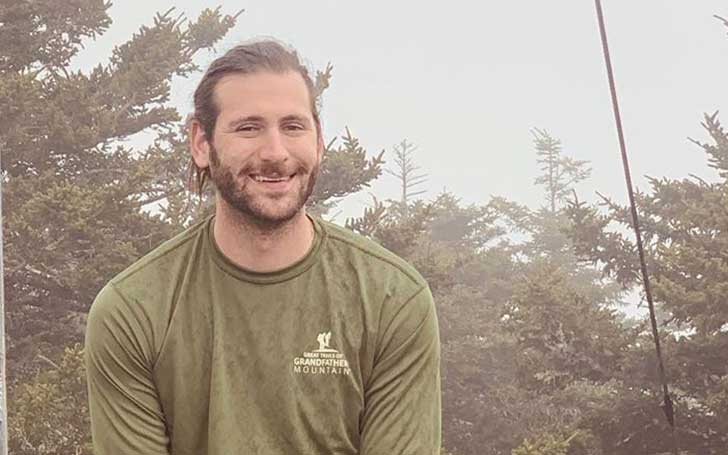 Chase Severino is famous for his relationship with the American reality star Whitney Thore. Since his association with the My Big Fat Fabulous star, Severino also became a rising Instagram star with over 75k followers.

Even so, the pair’s relationship was short-lived and despite being engaged, they called it off. After splitting from the reality star, Chase started a new relationship from which he even became a father.

Today, we are going to talk everything about Severino and find out about his family, siblings, child, relationship, and more.

Who is Chase Severino? Parents and Sister

Chase Severino was born on 7 June 1990, in North Carolina to father Harry Severino and mother Dorian Severino. He has a younger sister, Kylie Severino. According to TV Over Mind, Severino’s father Harry died in 2014.

His sister Kylie is quite close to him. When Chase’s daughter came into this world, Kylie also shared a picture with her niece. Chase’s sister is in a relationship with

Chase Severino graduated from the University of North Carolina and received a B.S. degree in Accounting and Finance. Following his graduation, Severino worked as a sales consultant for some car dealerships.

Apart from that, Chase also worked as a revenue field auditor at the North Carolina Department of Revenue from 2014 to 2016.

What does Chase Severino Job? A look at his profession

Chase worked as the Director of Accounting at Wendy Wilmot Properties. Furthermore, he was a Bar Manager at Amplify NC and a Finance and Administration Manager at Recovery Logistics.

Though he has a degree in Accounting, Severino has the most experience in the restaurant and bar industry.

Severino Rose to Fame for His Relationship with Whitney Thore

Even though Thore had started sharing her photos with Severino, she didn’t make their relationship official for some time. The lovebirds quickly started making frequent public appearances and at the same time, used to share several romantic pictures as well.

How Did They Meet?

According to Distractify, Chase and Ryan attended college together at the University of North Carolina. It was Ryan who first introduced Chase and Whitney to each other, though the exact time of their meeting is not out there.

They started hanging out shortly after they met and in April 2019, the 36-year-old reality star and Chase sparked their dating rumor posting a number of their photos on Instagram. Thore also started sharing their intimate photos which led her fans to believe they were dating.

They Became Engaged in October 2019

After less than a year of the relationship, Chase and Thore became engaged in 2019. The 35-year-old reality star took to her Instagram around two months after her boyfriend popped the question to her. Thore shared a video clip in which she flaunted the whopping engagement ring.

“The ring is honestly the least important thing to me about being engaged to the man I love,” wrote Thore in the caption.

Meanwhile, Thore also revealed her engagement to the People magazine. She told the outlet Chase proposed her on October 9, during their vacation in Paris. In her words:

They Called off Their Engagement in May 2020

After around seven months since Chase and Thore engaged in Paris, they called off their engagement in May 2020. Their fans have speculated that the couple was having trouble before the announcement came.

Thore announced their separation through an Instagram post. She wrote the message on the caption and added a black picture alongside.

“Hey y’all. This is a really weird and uncomfortable thing to have to “announce” on social media, but as I get more questions and hear more rumors, I figured it was time. Chase and I are no longer engaged.”

Apart from calling off their marriage, Whitney also revealed Chase got back together with one of his former girlfriends. Their reconnection also resulted in a pregnancy that further destroyed what was left in Chase and Whitney’s relationship.

In spite of their break up, Chase and Thore have maintained an amicable relationship.

When reality star Whitney Thore announced her separation with Chase, Chase gave one more shocking news to the fans on the same day. Chase also announced he is expecting a child with another woman.

And just three months after the announcement, Chase welcomed a baby girl in September 2020. He named his first child, Aurora Joyce Severino.

Who is Chase Severino’ new girlfriend?

Chase revealed the news of his daughter’s arrival via his Instagram account. He shared a series of photos in which he also added a picture of the baby momma. After careful research, we found out the name of Chase’s new love was Sarah Jackson.

Besides, the pair seems quite happy after becoming a parent for the first time. Chase is all set to play the role of a doting father to his little princess.  In addition, upon revealing the big news, Severino said that he is very excited to welcome his first child.