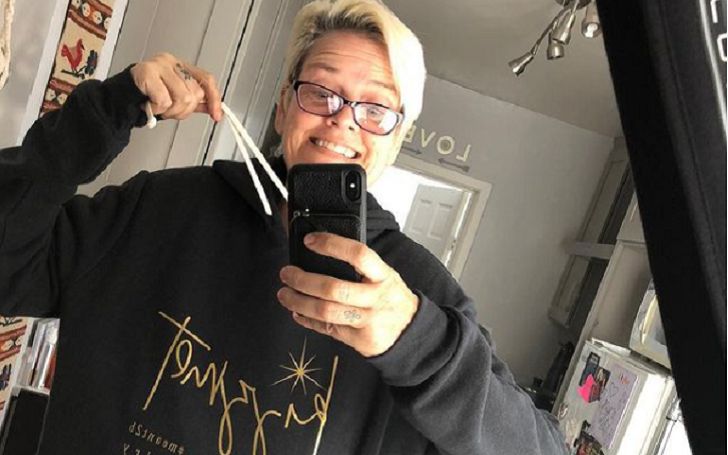 Claire Stoermer is the proud mother of Zendaya, one of the most famous young actresses. Claire, who served as a house manager at the California Shakespeare Theater was the first to help her daughter to introduce to the world of entertainment. Zendaya initially crafted her acting prowess, performing on several theatrical shows before making a breakthrough with a role on the Disney Channel sitcom Shake It Up.

For her love life, Stoermer was married to an Afro-American husband in the past. The ex-couple was in a marital relationship for many years before they went their separate ways.

Moving towards her professional life, the 57-year-old woman is a teacher. In addition, we will explore many more hidden facts about Zendaya’s mother Claire Stoermer in this article. Read it through.

Stoermer was born on 24th March 1964, in Oakland, California. Her age is 58 as of 2022. Growing up in her hometown of Oakland, Claire went to Santa Clara University, in Santa Clara, graduating in 1987.

Besides, her nationality is Ameican and as far as her ethnicity is concerned, Stoermer has German and Scottish ancestry.

Her Parents and Siblings

Even though the name of her parents still remains secret, Claire frequently shares family photos with her father and mother on Instagram. Back in June 2020, Stoermer uploaded a throwback picture with her father on Father’s Day with the caption,

“happy father’s day to all the dads out there!! here’s some pics of my dad who has been gone a long time but i can literally hear his voice in my brain…i hope it never fades from my memory…he was loving, generous, proud, loyal, honest and so much more…i wish he was here on earth with us! love u dad!”

Similarly, Claire has posted a number of images with her mom. She has five older siblings, including Mark who is eleven months older than her. She also has a sister named Hilary which she mentioned in one of her Instagram posts.

What Does Claire Stoermer do For a Living? Her Long-Time Job as a Teacher

Three years after her graduation, Stoermer went on to land her first job as a teacher at Oakland Unified School District, a public education school.

“My mom went above and beyond, working constantly to open her students’ eyes to an education that could lift them far beyond their current circumstances. She would introduce them to the arts, guide them through the language of Shakespeare, and show them the wonders of nature outside city life — all things that they wouldn’t have experienced otherwise. Watching her was magical; it instilled within me a true appreciation of and devotion to the importance of education.”

Like her mother, Zendaya’s father is also a teacher. In October 2014, Zendaya told US Magazine that “Both my parents are teachers so I always had to take school very seriously.”

Stoermer is a Former House Manager

Prior to teaching, Claire served as a House Manager at the California Shakespeare Theater in Orinda for several years. Her Linkedin bio suggests that Zendaya’s mother is still part of the theater but many tabloids suggest that Claire left the organization years ago.

Besides, Zendaya often says that her mother played the main role to inspire her into the world of acting. As soon as Zendaya began accompanying her mother in theater, she started becoming a fan-favorite performer.

Stoermer has a pretty close relationship with her daughter. The two have also attended a number of star-studded events. They stepped out to attend the premiere of Spider-Man: Homecoming. Back in 2011, the duo famously visited the White House. Besides, the mother-daughter duo also attended ELLE’s 26th Annual Women in Hollywood Celebration in October 2019.

Claire Has a Jewelry Line

Are Zendaya’s Parents Still Together? Know About Claire Stoermer’s Husband

No, Zendaya’s parents aren’t together. Claire and her then-husband Kazembe Ajamu Coleman exchanged their vows in 2008. Despite their interracial marriage, it never bothered the duo and they led a blissful marital relationship for around eight years.

However, it couldn’t last long. The news of their separation came out in August 2016. Claire filed for divorce from her then-husband, citing irreconcilable differences. In the meantime, Zendaya opened up on Twitter that her parents had been split for quite a long time. She wrote,

“My parents ain’t been together for a long time, y’all didn’t know cause we private + they still homies.”

According to TMZ, Claire wrote on her docs that she didn’t want any spousal support from her husband, nor did she want the court to award him.

Even after their divorce, the now-former flames are doing their parental duties pretty well.

Before Zendaya, Stoermer’s former spouse has already five children from his previous marriage. His children are Austin, Katianna, Annabella, Julien, and Kaylee Stoermer Coleman. All of them are older than Zendaya. Like her, her half-brother Austin is an actor.

Her other half-siblings are also doing great in their own rights.

The Euphoria star often admits that she is too grateful to be a daughter of interracial parents. Back in June 2015, Zendaya released a video about her family history. She said in the clip,

“My mother’s proud of where she’s from, and her history, and her past, and same with my dad. I have roots in Africa. Like, I am from Africa as well as from Germany, and I am very proud of that.”

Furthermore, the actress and model said that her full birth name, Zendaya Maree Stoermer Coleman also incorporates elements of each part of her family heritage. She explained in the video,

“For me, I get a mixture of all the worlds… I have my African first name, I have a middle name that is [my mom’s] middle name, which is French, but we did it African spelling, so it’s literally me in a name. And then you have Stoermer, and then you have Coleman. I literally have, like, a timeline in history in my name.”

Zendaya’s Mother is a Tattoo Lover

Claire is a tattoo lover who has inked a number of tats, mostly on her hands. Back in July 2018, Stoermer shared a photo of her tattoo that features a Dragonfly on one of her arms. It was inscribed by the tattoo artist Emily Kay.

Claire Stoermer’s net worth is $500,000. Her major source of income is her teaching career. On the other hand, her 5 ft 10 in tall daughter Zendaya has an estimated net worth of $10 million as of 2022. Judging by her burgeoning acting career, it looks like the young actress will undoubtedly earn huge money in the years to come.

Zendaya’s mother Claire Stoermer is quite active on social media. She has over 130k followers on her Instagram, where the celebrity’s mother mostly shares her jewelry and daughter’s photos. Similarly, Clarie is also active on Twitter too.