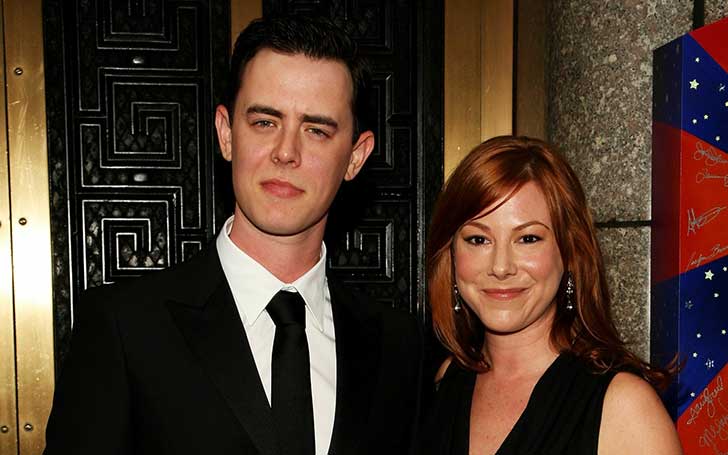 Samantha Bryant is an American publicist, who is famously known as the wife of actor, and director, Colin Hanks. Colin is famous for his work in films such as King Kong, The Great Buck Howard, and the Jumanji film series. He has also worked in some famous television series, including Dexter, Fargo, and Life in Pieces among others.

Samantha rose to stardom after she started dating Colin Hanks, the son of veteran Hollywood actor Tom Hanks. Though she is not involved in the entertainment industry as of now, she worked in a couple of projects as a child actress.

Here, we are trying to explore some unknown facts about Colin Hanks’ wife, Samantha Bryant. Read it through.

Samantha Bryant and Colin Hanks married on May 8, 2010, in Los Angeles. According to People, the lovebirds said “I do” at the roof of the London Hotel in West Hollywood. Samantha and Colin exchanged their vows among around 150 guests, including Reese Witherspoon, Alyssa Milano, and Jim Toth.

Bryant met her husband through mutual friends in the late 2000s. Hanks revealed in an interview with the New York Times that they had “the same group of friends and knew of each other, but never paid attention to it.” There were engaged since June 2009.

The pair completed their 10 years as husband and wife in 2020. The Dexter actor, 42, took to his Instagram on 8th May. “Ten years ago today my life changed, in a multitude of ways,” wrote the actor in the caption. He continued:

“And each day since then my life has become more meaningful and has given me a greater purpose, far beyond what I could have imagined. I never take that for granted. Not for a second. I Love you, Red. Happy Anniversary.”

Samantha Bryant is a Mother of  Two

Two years later, on July 1, 2013, Samantha Bryant and her husband welcomed their second child, a daughter, Charlotte. “Ms. Charlotte Bryant Hanks has decided to join us. She’s as happy and healthy as we are overjoyed and tired,” the proud father said while announcing the birth of their second child to People in 2013.

Colin and Samantha had announced they were expecting their second child in April that year.

Has Worked Behind the Camera

Bryant hasn’t talked much about her profession and career on media. But, it is evident that she has worked behind the camera. According to IMDb, she worked as an assistant in the 2005 film Zathura: A Space Adventure. Years later in 2013, Samantha worked as a production assistant in two episodes of the television series, First Time Flippers.

In 2017, she again worked as a production assistant in an episode of the television series, Grave Mysteries.

Has Made Screen Appearance

Very few of you might be aware of the fact that Samantha Bryant has also worked as an actress. Even though she hasn’t made her career in acting, she had made a screen appearance at a very young age.

She made her career debut in 1986 as Barbara in the episode “Who done it” of the television mini-series, The Singing Detective. It is not clear how old she was while she acted in the series. She never took another acting job since her debut television appearance.