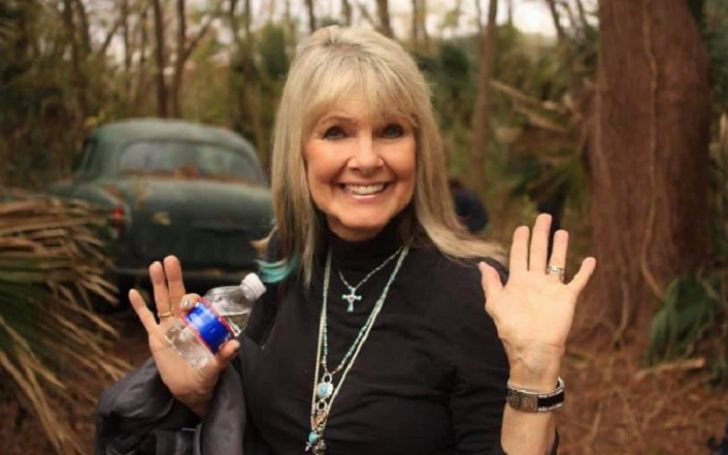 Connie Koepke is a former celebrity spouse who rose to stardom following her marriage to Willie Nelson, one of the most recognized artists in country music with a number of critical and commercial albums; most notably Shotgun Willie and Red Headed Stranger as well.

Koepke and Nelson welcomed their daughter, Paula Nelson, even before their marriage. In fact, at the time, Willie was still married to his second wife Shirley Collie, a late country singer. But, as soon as Collie learned the news of Willi was going to be a father with another woman, the now-demised singer filed for divorce. The same year, Nelson went on to marry his third wife Connie.

In addition to their marriage, let’s take a look at Connie’s family details and a lot more!

Who are Connie Koepke Parents?

Koepke is the daughter of George Koepke, a WWII veteran. Her father was originally from Germany but later settled in Texas. In the meantime, her mother was a Hungarian.

Connie has posted a number of photos of her mom and ex-Army father on her social media handles.

Her Brother Died From AIDS

Koepke had a brother named Mike (aka Michael Koepke) who was the 101st army stationed in Germany. However, Mike was passed away from AIDS. Back in July 2015, Connie posted a photo of her late brother on the occasion of his 69th birthday. She revealed in the photo that Mike “got AIDS from a blood transfusion after a bad car wreck before they started testing blood for the virus.”

Where is Connie Koepke From? Details on Her Birthday

Koepke was born and raised in Houston, Texas with her family. She celebrates her birthday on 6th June. However, the year Connie was born in is yet to be revealed.

Willie Nelson’s ex-wife has a mixed ethnical background as her dad was German while her mom was Hungarian. She belongs to American nationality.

Who is Connie Koepke? Her Career in Detail

According to her Facebook page, Koepke is now self-employed and works at Slow Uvalde Films. She previously worked as a producer for a few projects. She served as an executive producer for Streetwise, a 1984 documentary film. It documents the lives of homeless youth in the streets of Seattle.

Back in September 2020, the country music legend released a joint memoir, Me and Sister Bobbie: True Tales of the Family Band along with a sister named Bobbie, who is also a member of his band. In the publication, Willie opened up all about his marriages and infidelities. He recalled his cheating scandal with his second wife Shirley Collie in the book. He wrote that his then-spouse Collie saw a bill from a Houston hospital that exposed his infidelity. The artist writes,

“Shirley wasn’t buying that for one simple reason: The bill said the charges were for the birth of a baby girl, Paula Carlene, born to a Mrs. Connie Nelson.

“Shirley wanted to know who in the hell was Connie Nelson. Couldn’t lie. Was caught flatfooted. Had to get the words out of my mouth. ‘Connie’s my girlfriend and Paula’s our daughter.”

Nelson and Koepke welcomed their daughter, Paula Nelson on 27th October 1969, in Houston. The following year, the legendary artist divorced his second wife Shirley and went on to tie the knot with his third spouse Connie in the same year. Koepke later also gave birth to their second daughter, Amy Lee Nelson.

Looking back at the love story of Nelson and Koepke, they met in Cut and Shoot, Texas.

Paula, the Westlake High School graduate started going on her star father’s tours from very early. She gradually developed a strong passion for the music, eventually sang a duet with her dad, a cover of ‘Have You Ever Seen the Rain?’ She has also released a few albums such as Coming Home, Fireflies, Lucky, and Little City as well.

On the other hand, Paula served as a DJ at the Texas radio station KDRP-LP. She is also a host of The Paula Nelson Show, which airs on weekdays on Sirius XM Radio.

The couple went on their separate ways after around 17-year of their marriage in 1988. It was an amicable split. The former exes still have a healthy respect for each other. Talking about the reason behind their separation, it was Willie’s affair with a makeup artist Annie Marie D’Angelo. The two began dating when the singer was still in a marital relationship with Connie. Nelson told,

“I messed up another marriage. My wandering ways were too much for any woman to put up with. I’ll always love Connie. I’ll always love all my wives. I’ve always said that there’s no such thing as a ‘former’ wife. Once in your life, a wife never leaves. I regret the pain I caused Connie — and Martha and Shirley before her — and have no excuses.”

Following her divorce from Willie, Connie has kept her love life out of the media while her ex-hubby has been leading a delightful relationship with his fourth wife Annie since 1991.

Her net worth is 500,000 as of 2022. She mostly makes money from her works at Slow Uvalde Films and many other endeavors.