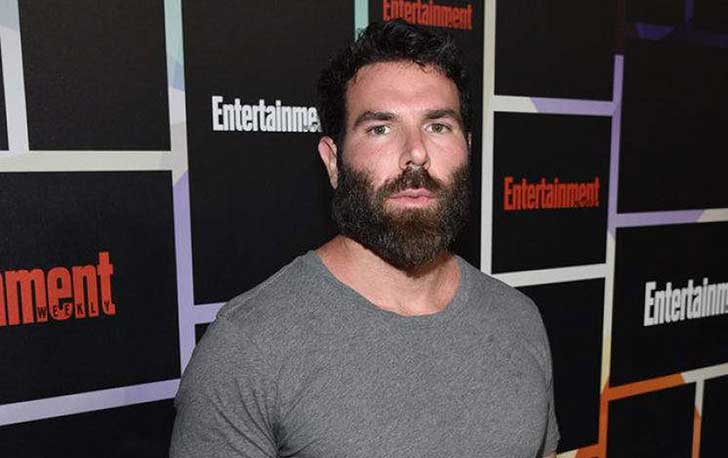 Actor, gambler, and internet personality, Dan Bilzerian is popular for his lavish lifestyle and casanova personality. The 41-year-old has nearly 32 million followers on Instagram where he mostly posts photos with a lot of girls.

Bilzerian is open about his relationships with women. Despite hooking up with several hundreds of them, he dated a few of them seriously

Today we’re going to list out all the girlfriends he has had, from short-term to long-term. Also, let’s know if Dan is dating anyone in 2020.

Dan Bilzerian Girlfriend So Far Till 2022

In July 2020, Dan Bilzerian was dating an American Instagram model Hailey Grice. Dan hasn’t confessed to being in a relationship with her, however, many online tabloids have referred to her as his girlfriend.

Looking at his recent Instagram posts, Dan appears to be quarantining with Grice. Dan posted a couple of photos with Grice from his home in Bel Air, Los Angeles during the lockdown period.

Meanwhile, Dan has written an autobiography while he stayed in quarantine. On April 6, he shared a photo sitting on a sofa and typing something on his laptop while his girlfriend Grice sat beside him. He wrote “Writing my book” in the caption.

Around two months later, Dan confirmed he had completed writing his autobiography via Instagram. His Instagram post again featured Grice which gave a subtle hint that the couple might be dating. However, nothing can be asserted until the couple themselves make it public.

Who Is Dan Bilzerian Girlfriend In 2022?

Well, Dan is one of those who has a new girl on his bed every day and this image of his is profoundly known in the media. But despite all this, there are many who are curious if there is anyone he has actually fallen. So, is Dan dating a girlfriend in 2022?

Well, the fact is, he is not dating anyone at present. He is instead happy with his lifestyle of having multiple girls at a time on his bed. Looks like he does not want to have any strings attached.

Dan Bilzerian Past Relationships and Girlfriends

Bilzerian has hooked up with a number of girls over the past few decades while he has also remained in a relationship with some of them. Most of his relationships have ended short and he hasn’t shown any sign to settle down with someone or marry soon.

Dan and Instagram model Hannah Palmer made headlines due to their reported fling back in 2018. The rumors started swirling around the web after they were spotted partying together on multiple occasions. In September 2018, Dan shared their photos from what looked like their getaway on Instagram.

Dan and Palmer’s romance faded away within a few months.

Dan Bilzerian’s relationship with model and social media sensation Sofia Bevarly is not a secret. Dan and the 24-year-old Instagram model dated during 2017. In July 2017, Daily Mail reported they were dating for some time.

The outlet also reported Dan was in his first monogamous relationship. Back then, talking to Square Mile, Bilzerian said he got a girlfriend for the first time. He went on to say he had girlfriends before, but he was still sleeping with other girls simultaneously.

Dan also reminisced the day he met her at a marquee pool party. He said it wasn’t love at a first sight and he had already slept with “like three girls” earlier that day. After he met Bevarly, they started hanging out and soon Dan knew she was a little different than the girls he had in the past.

It is not clear how long they remained together and when they broke up.

Dan and Suelyn Medeiros were together during 2018. Both the internet sensations didn’t reveal how they met and how long they remained together. In mid-2018, Dan and Medeiros appeared together in public several times.

They also traveled to Armenia together where they were spotted eating breakfast at La Piazza. Later, Dan shared the photo on his Instagram.

Medeiros was also spotted hanging out with Dan and a group of other girls in Thailand later that year. Their fling ended within a couple of months.

Swedish Instagram model Morgan Hultgren grabbed attention after she was linked as the Instagram king Dan Bilzerian girlfriend. Even though the pair haven’t announced publicly being in a relationship, lots of online tabloids mention they were an item once.

Born and raised in Stockholm, Sweden, Hultgren moved to the United States to pursue a career in modeling. Her career has seen a significant rise after she was linked with Dan.

Dan and the Florida native model Katie Bell met in 2018. Bell DMed her photos to Dan after finding the poker player’s interest in girls. The following day, Dan replied to Katie praising her beauty. He also asked her to come over to LA and meet with him.

Bell took some time before she decided to go to Los Angeles. When she showed her interest to meet Dan, he went to pick her up from Tampa, Florida in his private jet.

They started dating soon and by late September 2018, Bell had already appeared in a bunch of Dan’s social media posts which ultimately helped her gain followers on Instagram.

Dan was linked with the Instagram model Lauren Blake in the summer of 2016. Dan and the 37-year-old model were speculated to be dating after they traveled to a couple of beautiful destinations.

Dan and Blake enjoyed quality time in the USA like Miami and overseas including Milan and Prague. As usual, Dan ended his bond with Blake within a couple of months.

Desiree Schlotz is a LA native model. She is one of the youngest girls to have linked with Dan so far. The 23-year-old and Dan were first spotted together in June 2019. They also went on a couple of trips together. In September 2019, she went to Thailand with Dan.

Details surrounding Dan and Schlotz’s relationship are not revealed publicly. However, they still are on good terms.

Dan and Cuban Instagram model, Leidy Amelia had a fling in the summer of 2019. They haven’t revealed how they met and how long they dated, however, we can say that they enjoyed being together for a couple of months.

In July 2019, Dan and Amelia along with some other girls went on a Europe tour. On 10th July, Dan shared a photo with Amelia who sat on his lap. Amelia shared the same photo, which was taken in London, on her Instagram with the caption “My King.”

Amelia went on to share other photos from their tour that included some places from Southern Europe. In most of her posts, she hinted she was in a relationship with Dan.

Dan Bilzerian Is Married; Who Is His Wife?

The wait is over since the man Dan Bilzerian is married. He tied the knot with the model on July 24, 2022, in a lavish wedding ceremony on French Riviera. Post the wedding, the new husband Dan shared a picture with his wife on his Instagram.

But who is Dan Bilzerian’s wife’s name? Well, his wife’s name is Hailey Grice. She is a professional model and Instagram star with over 974k followers.

Who Is Briana Jungwirth? Is She Married? Facts About Louis Tomlinson’s Ex-Girlfriend