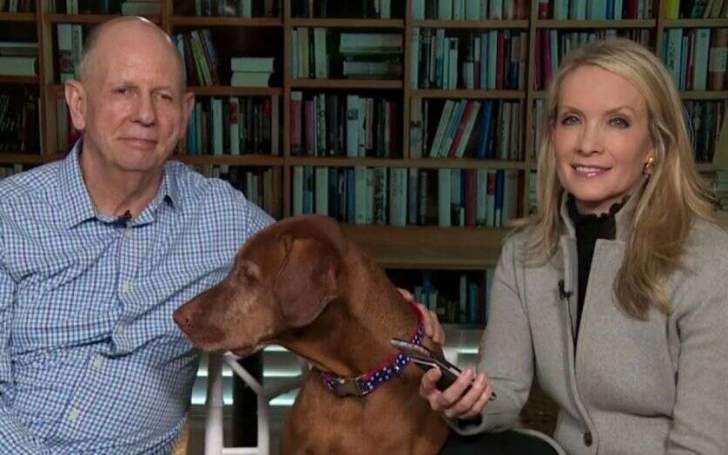 Dana Perino is an American journalist and political commentator known for her appearance in Fox’s segment, The Five. Aside from having a delightful career, Dana is also a happily married lady.

Dana is enjoying marital bliss with her husband Peter McMahon for over two decades. After knowing about their long-term marriage, we’re sure many of you are eager to know if the pair share children or not?

Well, allow us to walk you through her life behind the scene and find out how it all started for the pair and how it is going.

Rarely do we come across celebrities or news anchors who cross the two-decades landmark in their conjugal life. Dana and Peter are one of those uncommon couples who have stuck together for a long time.

Though Dana mentions there were a few compromises from both sides, it all worked out fine, in the end.

In an article written by Perino, published on the FOX News website, she listed out the major ingredients for a successful marriage. Each word has a deep meaning for both Dana and Peter. She said,

“The key to all this? Faith. Gratitude. Grace. Commitment. Love. Surrender.”

In addition, many of you might not know that it was Dana’s spouse who helped her reach where she is today professionally. She wrote in the same article about how meeting Peter changed everything.

After meeting Peter, she found work at George W. Bush administration and it was Peter who urged her to join ‘The Five.’ Back when FOX News approached her, Dana wasn’t sure if she should accept the job or not, however, Peter stepped up and said, “I’ll handle everything here – you go.”

The rest, as they say, is history.

In the next section, we’ll tell you about her wedding and where did they go for their honeymoon?!

When and where did Dana Perino and Peter’s wedding take place?

Dana and her hubby Peter tied the knot in 1998, 12-months after their initial meeting. The beautiful nuptials took place in Blackpool, north of England, her husband’s birthplace.

The holy ceremony was an intimate affair, and the only invitees were close friends and family. As for their romantic getaway, the pair opted for Santorini, an island in the Aegean Sea, nearby Greek. They honeymooned there for 10-days.

For one year since their matrimonial, they lived in England before moving to San Diego.

How it all began? Their First Meeting

Looking at their relationship, it is hard to believe their first meeting was nothing but a sheer coincidence. Dana and Peter happened to have seats next to each other on the American Airlines flight from Denver to Chicago.

Even before sitting, McMahon wanted this short blonde to sit beside him and he got his wish granted. As a person who never socialized much on planes, Peter kept himself occupied in the book “The Tailor of Panama.”

It was Dana who started the conversation after she commented on the book he was reading. She mentioned that one of her friends also read the same book. The comment served as the icebreaker.

After conversing for 2 and a half hours straight, they exchanged business cards. Later on, Peter went back to England but he couldn’t stop thinking about her and the same was the case for Perino.

Six weeks after the incident, Peter flew to Washington on a business trip. He then caught up with Perino in Georgetown and soon, they started dating.

It was a spur of the moment, as Peter remembers their engagement. The duo was on a date outside the Washington Cathedral when he got on his knees.

Sadly, for him, she didn’t answer right away. Dana took her time and on their 1st meeting anniversary, she wrote a letter with her response. And a few weeks later, they jetted off to England for their marriage.

Do Dana and Peter have Children?

No, the duo is yet to welcome any biological kid. However, Peter has two children from his previous relationship. (More on this later)

Despite all that, Dana and Peter are relishing their conjugal life without contemplating having no children. Besides, they have someone who is just as special, their pet dog, Jasper.

Dana absolutely adores Jasper and shares a lot of pictures with her pooch on Instagram. Apart from Jasper, the lovebirds also have a dog named Henry.

About Dana Perino and Peter McMahon’ Past Relationships

Before finding each other, both Dana and Peter had some failed relationships. In the 90s, the time she met Peter, Dana was dating on and off.

She had no serious relationship with anyone as she was focusing on furthering her career. On the other hand, Peter was already a married man before he met his future wife. He was married twice and both of them ended in a divorce.