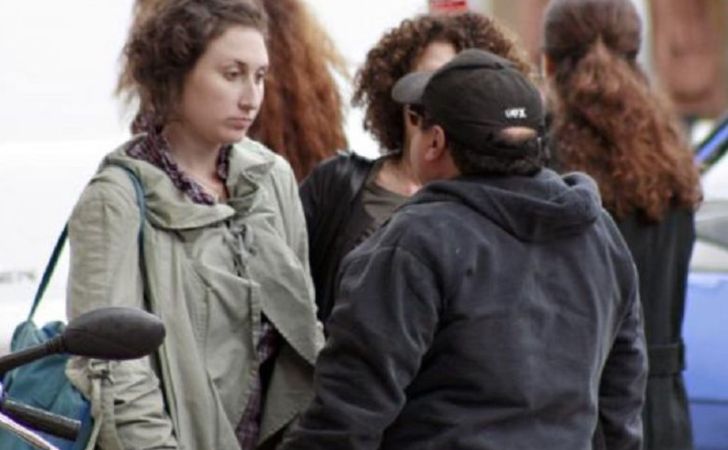 Grace Fan DeVito comes from a family of legendary actors. As the daughter of Taxi and It’s Always Sunny in Philadelphia star Danny DeVito and Cheers actress Rhea Perlman, Grace has a solid foundation to dabble into the world of acting. In fact, the middle child of the power couple has chosen the different side of the entertainment industry as Grace is a budding producer. She has landed a few producing gigs in both movies and TV series.

Besides, there are reports that Danny DeVito’s daughter is now exploring the world of art too. Well, here are several untold facts about film producer Grace including her life as a single mother to a child and more.

To know everything about her, keep going!

DeVito was born on 25th March 1985, in the United States of America. Her age is 36 as of 2022. She is the daughter of one of the enduring Hollywood couples Danny, who was raised Catholic, and Rhea, who is Jewish. The duo who belongs to two different faiths raised all of their children, commemorating the major holidays of both religions.

The Cheers star told the Los Angeles Times in 1998,

“We do all the holidays to keep the traditions and the culture going, but I truly don’t have a great feeling about any particular organized religion, and I don’t think it’s right to impose one on my kids. I feel like I’m bringing them up to be good people, and that’s what it’s about.”

Needless to mention, Grace is incredibly close with her mom and dad. She can be seen with her parents on various occasions, attending premieres and events. Back in May 2019, the film producer was seen at the premiere of Poms with her mom and sister.

Furthermore, along with her brother and mother, Grace also appeared together at the premiere of Dumbo in 2019 to supper her dad Danny, who played the role of Medici in the project.

Danny and Perlman began dating in the early 1970s. The two were in a relationship for several years before they tied the knot in Jan 1982. Throughout their relationship, they worked on a handful of movies and TV shows.

However, their long-time relationship once hit the rock in October 2012. But, they reunited in March 2013 and are since leading a happily married life.

Besides, Grace is an American as per her nationality and belongs to a mixed ethnical background as her father is of Italian descent. Her grandparents are originally from San Fele, Basilicata, and Calabria, an administrative region of Italy.

Grace has an older sister named Lucy DeVito, an actress, and a producer. Born on 11th March 1983, in New York City, Lucy is better known for her work on Deadbeat. She also appeared on the heat TV sitcom It’s Always Sunny in Philadelphia with her father and other cast members that including Kaitlin Olson and Glenn Howerton.

Similarly, Grace’s brother Jacob Daniel DeVito is an actor with a few acting credits. He has credits for his work on The Better Angels and Curmudgeons.

Grace DeVito began her career in the show business at the young age of twenty, producing her first movie My Girlfriend’s Abroad. It deals with the issues typical of college pupils. A year after in 2007, DeVito landed another producing gig in a short movie Bloom, which dealt with much more mature themes.

According to her IMDb bio, Danny DeVito’s daughter appeared as an actress in two on-screen projects; Amboy (2015) and Jeff & Some Aliens (2017).

Is Grace Fan DeVito An Artist?

Many online tabloids reported that Grace has dedicated herself to making contemporary art. But in fact, the woman who has been into artistic works for years is not actually Grace. She has, coincidently, happened to have the same moniker as Danny DeVito’s daughter. She attended the School of Visual Arts and now works at Grace Mehan DeVito Fine Art.

Back in May 2021, Grace also talked about her unique artistic style in an interview with East Oaks Studio. Have a look,

Grace Fan DeVito Has A Daughter; Who Is Her Husband?

Grace is quite a private person who has kept everything about her love life out of the public eye. Due to a lack of valid details, we have yet to trace out whether or not Grace is married to a husband.

In fact, Grace has a pre-teen daughter. Back in October 2013, the curly-haired appeared with her mother and daughter, who shared a striking resemblance to her grandmother at a special screening for CBGB at the ArcLight Hollywood in New York City.

However, any detail about the biological father of her child is yet to come out, neither Grace has ever mentioned whether the baby’s father is just her partner or husband.

In the meantime, her father Danny has an $80 million fortune. They previously owned a house in Beverly Hills, California, and also a vacation home in Interlaken, New Jersey.