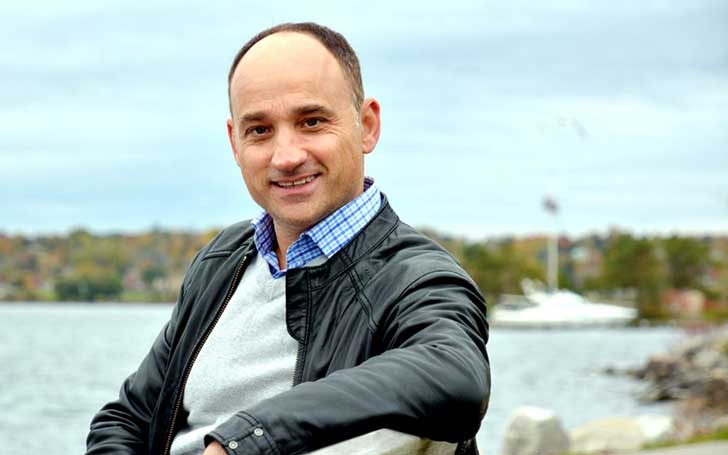 Canadian actor and realtor David Visentin is famous among his fans as the co-host of Love It or List It. Besides his professional life, Visentin lives a happily married life with his wife & children.

The 56-year-old Canadian television host often shares his work life, surrounding the HGTV show, however, he doesn’t readily share his relationship with his wife & kids. So, let’s explore it here.

David Visentin is married to his wife Krista Visentin since 2006. The husband and wife exchanged their vows in front of family and limited friends in an intimate wedding on 7th October 2006.

Like her husband David, Krista Visentin also has expertise in the real estate business. She is a real estate broker who oversees in selling, renting and management of the properties. As per her LinkedIn profile, Krista graduated from Seneca College of Applied Arts and Technology.

David and Krista lived the first year of their conjugal life in the Toronto Beach neighborhood before moving to Barrie, a city in northern Ontario in 2007. The city’s beautiful waterfront was the one thing that prompted the couple to list their home and get one there.

David said he could have lived anywhere he wanted, but he chose Barrie because it gives everything a man needs. He added,

“I just love being by the water.  I love the sound of it and  I love seeing it from my house.  I love running around the lake.”

Around a year later, David got a job as a co-host for the new HGTV real estate and renovation show, Love It or List It alongside famous designer Hilary Farr.

David and Krista are blessed with a child, a son, Logan Visentin whom they gave birth in 2011. Besides his career, Visentin always tries to give his time to his wife and son. He takes his family with him every time he has to be away from his home for more than a week.

His Relationship with Co-Host Hilary Farr-Did They Date?

If you have watched at least a single episode of the HGTV show Love It or List It, you might know how close David Visentin and Hilary Farr are. Their on-screen chemistry caught the attention of many of their fans which led them to think something was going on between them.

Furthermore, David and Hilary both have been sharing lots of photos on their social media which further fueled their romance rumor.

Irrespective of the fact that Visentin was happily married to Krista, he was rumored to dating his co-host. However, Visentin and Farr are friends in real life, just like they are on-screen. They spent lots of time together behind the camera as well. But they have never crossed the friendship boundary.