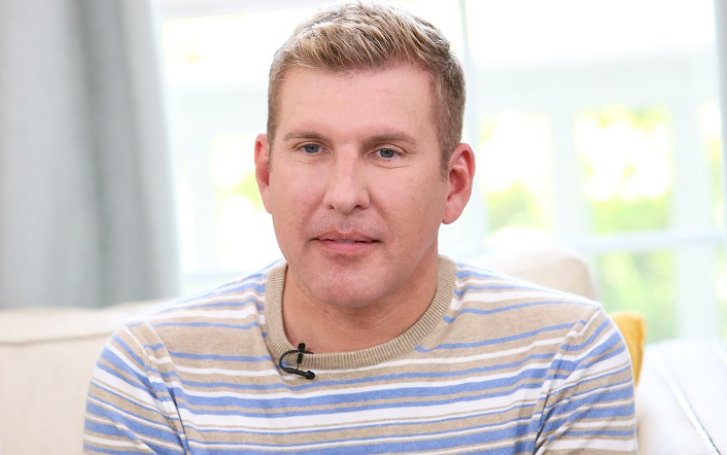 Derrick Chrisley is the late brother of the famous American Businessperson, Real estate personality Todd Chrisley. Derrick was born on June 29, 1971, and died just months later. However, even years after his death, he is still a subject in the media.

Besides, Todd always had a knack for interior decorating and is now a successful businessman. He, however, got involved in some serious financial problems over the past several years including his bankruptcy.

Let’s find out more about Derrick’s family and other hidden details!

Tabloids suggest that Derrick was born on June 29, 1971, in the United States. He was the son of Gene Raymond Chrisley and Faye Chrisley. His mom attended Westminster High School.

Besides, his father Gene was a veteran of the U.S. Army who also received a bronze star during the Korean War. He died at Emory University Hospital on 11th July 2012. Talking about his grandparents, they were Leonard A. and Allie Mae Childers Chrisley.

What Happened to Derrick Chrisley? Cause Of Death

Derrick allegedly died a few months after his birth in October of 1971. Nonetheless, there are no genuine reports on how Todd’s younger brother passed away.

He is survived by his parents and two brothers including Randy Chrisley at the time of his untimely death. Back in early 2020, reality TV star Todd posted a childhood photo with Randy on his Instagram account, which, Derrick was missing. He also disclosed his mother’s struggle to taking care of her two kids in the picture’s caption.

“God bless my mama, she worked 60 hours a week in a textile mill to make sure we had everything we wanted and needed , I found this photo (me in the red) and Santa brought me a record player and my brother drums , it’s the little things that make me smile now as I get older .. I love you mama.”

Born in Westminster, Randy enrolled at West-Oak High School in 1984. After his graduation, he started working in real estate but later quit it. He works at RS service at present. He joined it back in August 2001.

Taking about his love life, Randy was married to Pamela Chrisley in August 2012. However, their marriage couldn’t be last long and they separated in the mid-2010s. He is the father of a grown son from his previous relationship.

He was diagnosed with stage four cancer in 2014. A representative for reality TV star Todd confirmed to Us Weekly,

“Todd Chrisley and his family are saddened to announce that his younger brother, Randy, has been diagnosed with stage four cancer,” a source told.

The Westminster, South Carolina native Todd owns Chrisley Asset Management. The firm has been in danger for years according to court documents. The real estate hero filed for financial protection professing to have $4.2 million in assets and $50 million worth of obligation.

Similarly, Chrisley Asset Management firm also petitioned for bankruptcy in 2013. Todd has -$5 million net worth as of 2020.

Despite his financial problems, Derrick’s older brother Todd and his family continue to live a very hedonistic lifestyle. They reside in a 30,000-square-foot mansion. As per tabloids, Chrisley also spends $300,000 on clothes a year.

Derrick’s brother Todd has made the majority of his net worth from his real estate business. He went to Nashville with his family back in 2015 and plunked down $1.6 million in his new home. Additionally, he bought a house just outside of Nashville for $3.4 million in June 2019.

A couple of months after his acquisition, Chrisley also listed the house on the market with an asking price of $4.7 million.

Moving towards his legal drama, the businessman and his wife Julie were arrested in Atlanta in August 2019. They were charged with tax evasion, wire fraud, bank fraud, and conspiracy between 2007 and 2012.

He first tied the knot with his high school sweetheart Teresa Terry in the late 1980s. The two started their lovey-dovey when Teresa was just 17 and got pregnant with their first child after two years. The couple welcomed their child, a daughter Lindsie Chrisley on 17th Sept 1989, in South California.

15-months after their daughter’s birth, Terry gave birth to their son Kyle. Soon after they became parents of two kids, their matrimonial relationship started falling apart.

After a series of physical and mental abuse, Todd’s first wife filed for divorce in April 1995. Their divorce was finalized in the following year. They shared joined legal and physical custody of their children.

After their separation, Teresa moved on with her new partner while Todd married Julie Chrisley in the same year, their divorce proceeding came to an end.

Todd gained tremendous fame after his main role in the hit TV series Chrisley Knows Best. It follows the daily lives of Todd and his family. It was originally premiered on 11th March 2014 on USA Network.

Its cast members are Todd, his wife Julie, and his five children. Furthermore, his mother Faye also makes an occasional appearance on the show.

The series has released seven seasons to date.