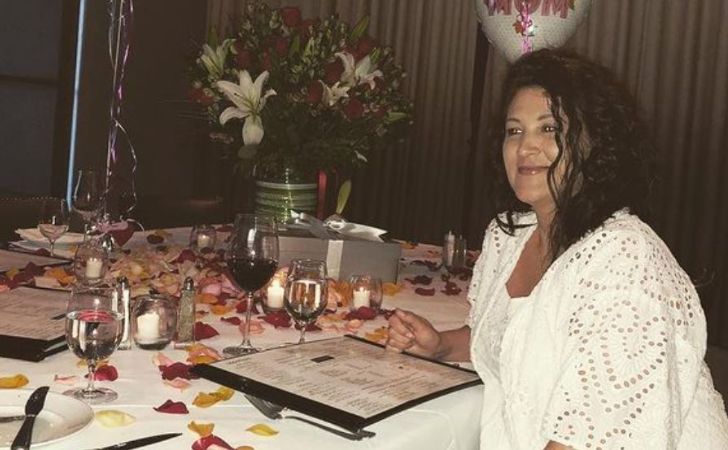 Veronica Gutierrez is a cosmetologist by profession. But Veronica is most recognized as the mother of American professional basketball player Devin Booker. He plays for the Phoenix Suns of the National Basketball Association and is the youngest player ever with consecutive 50-point games.

Well, as the mother of a famous son, Veronica’s life has been constantly scrutinized. There are many who want to know about her career, married life, husband, & other interesting details about her.

Be with us to know her closely.

Veronica Gutierrez is the Mother of Devin Booker

Like we said earlier, Veronica is the mother of NBA player Devin Booker. She rose to fame after her son Devin became the 13th overall pick by the Phoenix Suns in the first round of the 2015 NBA draft.

In case you didn’t know Booker has achieved huge success as a basketballer in a very short span of time. Just around 2 years after joining the Suns, the youngster stood as the youngest player to score over 60 points in a game. Similarly, Booker also became the youngest player to score consecutive 50-point games in March 2019. Eventually, in the year 2020, Veronica Gutierrez’s son also received his first NBA All-Star selection.

The mother-son duo, Veronica and Devin share a great relationship. In fact, Devin often shares photos of his mom on his Instagram. In one of his Instagram posts on May 8, 2016, the basketball player expressed his feeling towards his mother Veronica and stated what his mama means to him.

The beautiful Veronica has three children, Devin Booker, Davon Wade, & Mya Powell. Devon is the oldest of her three children and was born on February 17, 1993. Unfortunately, she has not revealed the details on the father of Davon.

Devin is the second kid and was born on October 30, 1996, in Grand Rapids, MI. He was born from her relationship with Melvin Booker. Mya is the youngest of them all and was reportedly born in 2000. As of 2021, her daughter is 21 years of age.

Needless to say, but the doing mother of three kids shares a great relationship with all of her children. And they are all also pretty successful in their respective fields.

Veronica Gutierrez Never Married: Was In A Relationship With Melvin Booker

Devin Booker’s parents Veronica and Melvin never got married. The couple’s decision to remain unmarried came more because of their busy schedule and commitment towards works. Melvin who is also a former professional basketball player had to often move to different places, which left them no option but to lead a relationship in an unconventional way.

In fact, Veronica and Melvin’s children had to split their time with both their parents. Well, Melvin often credits Veronica as the best partner and mom and appreciated her sacrifice for his kids. In a 2016 interview with The Undefeated, Melvin stated,

She made it happen. I owe her all the credit for allowing that to happen. Ever since [Devin] was 8 months old, he was coming with me in the summertime. It was special. I was trying to make up for the times I missed when I was gone.

Though Veronica has not married her partner or boyfriend Melvin, they have shared a great relationship together for a long time. They met for the first time in 1995 when Melvin was playing for Grand Rapids Mackers in the 1995–1996 CBA season.

Well, their first meeting soon turned into a romantic relationship. In fact, it was just after a few months of dating that Gutierrez became pregnant with Melvin’s child Devin. But unfortunately, things turned sour between the two eventually leading to their split.

Is Veronica Gutierrez Dating or Single at Present?

Since her split from Melvin, Veronica got into a relationship with a new boyfriend. But unfortunately, she never revealed the identity of the man. As far as her relationship status in 2021 is concerned, things are a bit unclear.

There is no proper information on whether Veronica Gutierrez is married to a husband or dating someone. For now, it is safe to say that Devin Booker’s mother is single and not dating.

What is Her Nationality? Gutierrez is Mexican-American

Not many know but a cosmetologist by profession, Veronica is Mexican-American as per her nationality and is of Puerto Rican descent. She was reportedly born in Puerto Rico, but her father came originally from Los Nogales, Mexico, which is a town nearby Texas.

Despite belonging to Mexican heritage, Veronica kept her kids, especially Devin away from the culture unintentionally. In fact, her son Devin once stated that he only came close to Latino heritage after arrived in Phoenix in 2015, shortly after playing with the University of Kentucky.

Veronica is not on Social Media

Over the years, Veronica Gutierrez has minimized her media appearances and lives her life away from the razzle-dazzle of the sports world.

On the other hand, her son Booker has amassed quite a decent fan following on his social media handles. He has over 4.5 million followers on his Instagram.

How Much is Veronica Gutierrez’s Net Worth?

As a cosmetologist and a mother of a successful NBA player, Veronica enjoys all the luxuries one could have. But when it comes to her net worth, things are a bit unclear. However, sources have revealed she is worth over $2 million as of 2021.

On the other hand, her son Devin Booker, Kendall Jenner‘s boyfriend was one of the highest-earning athletes in the world in 2020. As of 2021, his net worth is estimated at 26.6 million as per Forbes.