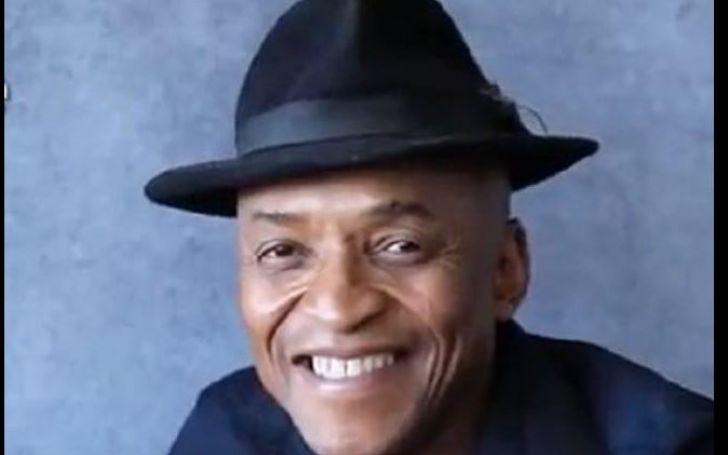 Dumisani Dlamini is a South African actor who also has credits including composers and film producers. One of his most talked about films is the 1992 drama and musical, Sarafina! (a stage play as well as a film). He is also known for having appearances in the famous South African series Yizo, Yizo.

Dumisani is also the father of the Say So singer Doja Cat, real name, Amala Ratna Zandile Dumisani. He often gets overwhelmed with pride whenever his famous daughter’s name is mentioned in front of him. In recent years, Dumisani’s daughter, Doja Cat has been gaining major breakthroughs. While she made her entry in 2018 with her debut album Amala, it wasn’t until her singles, Streets and Say So that really cemented her as a breakout star including a Grammy win in April 2022.

The Hot Pink singer and Dlamini, however, have mixed feelings for each other, or rather they have a varied relationship. Cat says she didn’t get to know Dumisani that much as she grew up pretty much her whole life without seeing him. On the other hand, Dlamini claims things are good between him and the Kiss Me More singer. See what the real matter is. In addition, also know in detail who exactly is Dumisani Dlamini, his early life, how he met Cat’s mother, their divorce, and his career, among others.

Doja Cat’s father, Dumisani Dlamini was born on Oct 23, 1963, in Durban, South Africa. He, however, is reported to have grown up in Mzansi.

Not much about Dlamini’s life prior to his career in the states are known. And even to this day, despite appearing for several interviews, the 59-year-old hasn’t disclosed too many of his early stories. Especially one that involves his time in his home nation, South Africa.

Washington Post, in 1989, however, reported, that Dlamini (whose former name is Mbodla on Isibaya) had initially planned to be a plumber in his native Durban when he was in South Africa.

Dlamini’s mother died in the mid-80s which was a week before his broadway debut in New York. He, therefore, couldn’t attend his mother’s funeral.

Dumisani Dlamini Career As An Actor

While Cat’s father, Dumisani made his screen debut with the 1992 musical Sarafina!, the Streets singer’s father was in the acting business quite earlier than that mostly performing in theaters. Dumisani joined theater at the age of 22.

Of the many stage performances, Nomanthemba was the one for which he received several accolades including the 1995 Joseph Jefferson Award for Choreography for Nomathemba.

As an actor, he was nominated for Golden Horn Award for Best Supporting Actor in a TV Drama Series. It is a bit of a mystery when exactly Dumisani immigrate to the US. However, back in 2017, when talking with Tshisalive, Dlamini said he stayed in New York for 15 years after he did the musical Sarafina alongside Whoopi Goldberg, Leleti Khumalo, and Mbongeni Ngema.

In the film, Goldberg played the teacher, Mary Masombuka. Dlamini on the other hand was one of Goldberg’s character’s students nicknamed Crocodile. Then in the late 90s, the Durban-born actor was in the art department team of a TV movie franchise, Operation Delta Force 2: Mayday. He also served the same role in its sequel, Operation Delta Force 3: Clear Target.

Dumisani also worked in the art department for the 2004 film, Stander. The film had the Punisher actor Thomas Jane as one of its leads. In the early 2000s, Dlamini became the producer of projects like Of Journey, Home, and Treasure, Homecoming, and Drum.

As an actor, he has been in the TV miniseries, Entabeni, the film, The Seven of Daran: The Battle of Pareo Rock,
the 2009 short movie, Project MorningStar, and the 2017 TV series, iNumber Number, among others. His most recent acting credit is as Bra Yule in the 2021 South African thriller series, TV series, Reyka.

Dumisani met Cat’s mother, Deborah Elizabeth Sawyer sometime in the early 90s. Back then he was a theater actor in New York. Dlamini at the time was on some sort of a theater tour.

After it had ended he decided to stay in the states. And it was sometime after that, that Dlamini met Cat’s mother, a Jewish American woman. Cat’s parents, Dumisani and Deborah Elizabeth Sawyer reportedly married each other in early 1995.

After the wedding, Dlamini and Sawyer had two children, Doja Cat, and her brother Raman Dlamini. Years later in 2022, Dumisani revealed he left the USA after feeling homesick.

He also said that he tried to bring his family, Cat, her sister, and her mother to his birth nation but failed to do so. Some reports, however, writes Dlamini left Cat’s mother when she was struggling to pay her rent.

Deborah after splitting up with Dumisani raised her daughters Doja Cat and her brother all by herself in Los Angeles, California.

It had been years since Dumisani Dlamini and Cat’s mother first separated. In fact, Doja and her brother then were still kids when their parents first split up. Then in July 2022, Radar Online came up with a rather shocking report. It stated Cat’s mother, Deborah had filed for divorce from Dumisani in March of the same year.

Surprisingly this was 27 years after they had first separated in late 1995. Dlamini and Deborah as per the records tied the knot on Feb 27, 1995.

Again according to divorce petition papers filed by Deborah, she separated from Dumisani on Oct 14, 1995. Back then Sawyer had stated irreconcilable differences as the primary cause of separation.

Deborah said she initiated the legal separation in March 2022 but not once did her daughter’s father, Dumisani appeared in court after that.

Dlamini’s ex-wife, Deborah, now apparently is a painter and visual artist. She additionally is a designer of men’s clothing. Dumisani apparently also has had several wives.

It is unclear who Dlamini married after divorcing Cat’s mother. He though is reported to have married at least three times including Deborah. Some say that he fathered as many as 30 children. Included is at least a son who apparently is less or around the age of ten.

Dumisani Dlamini Is Detached From His Daughter, Doja Cat

Dumisani and his famous daughter, Doja Cat apparently have had a complicated relationship. Some say it’s been years since they met each other.

He has quite a reputation among Cat’s fans. Most of them blame him for neglecting the MTV music video winner and her mother their whole life. In her previous interviews, Cat said that she doesn’t know her actor and musician father.

One of the first interviews where Cat ever talked about her father was on Radio One DC in 2019. She at the time said while she had never met her father, Dumisani, she often noticed his comments on her Instagram posts.

Dlamini back then also revealed she actually didn’t know him that well and only came to know about him through her mother. However, in another interview, when the questioner surprises Doja with an old recording of one of her father’s musical content. After listening to it the Need To Know singer expresses her surprise and says,

“I didn’t know that! Damn! Produced by my dad Dumisani Dlamini”

Doja also acknowledged how much of a great dancer and actor her father is. She further revealed how Dlamini once tried to connect to her when she was 13. The Planet Her singer at the time ultimately said she might be down to meet her in the future.

When this interview of Cat first made it through the internet, fans praised the R and B singer for acknowledging her father. But some mentioned how deadbeat of a man her father was.

Even when Doja talked to Whoopi Goldberg backstage in April 2022, during Seth Meyer’s late-night show’s taping, the Los Angeles-born singer told the Ghost actress that she had never known her father.

It felt surprising to Goldberg as she once had worked with Cat’s father in Sarafina. Goldberg told Cat that to her, the Grammy winner’s father seemed like a good man.

Dumisani Says He Has A Good Relationship With His Daughter, Doja Cat And Also Met Her

Dlamini, on the other hand, insists that he has met his daughter after she had become famous. He has also claimed everything is all right between him and the Mooo! singer.

He also often posts videos and pics of his daughter, Doja Cat on his Instagram. Back in April 2022, Dumisani reposted a 2019 video where his daughter talks about him. He also shared a thank you post after his daughter won the Grammy in April 2022 for her chart-topping single Kiss Me More.

Dumisani expressed his gratitude for the people that supported his daughter but he was soon drenched in comments saying him a deadbeat father and whatnot. He was berated for trying to take part in the spotlight of his daughter, Doja Cat’s fame.

After The Internet Criticised Him, Dlamini Insisted He Never Cut Off His Children

The troll apparently grew so much in number that Dlamini later took off the post from his Instagram. Dlamini though later hit back at such comments by saying he has met his daughter and everything is good between them.

Dumisani claimed he and the record producer first communicated through Whatsapp in 2019 said to Power Talk Dlamini also canceled the allegations of things not being healthy between him and his children.

Adding to the subject, Dumisani said,

I am close to my kids, all of them. I love them and they love me.

While he moved back to his home country all by himself, Dlamini claims he never broke contact with any of his children including Doja Cat. In the interview, he also wished that all of his children learn to be humble.

Dumisani also blamed the American media for trying to smear the relationship between him and his children among the general masses. The Reyka star alleged his daughter’s PR team had blocked him from meeting his own daughter.

Who Is Richer; Dumisani Or Doja Cat; What Are Their Net Worths?

While Dlamini has been in the performing business way longer than his rockstar daughter, Cat, there presumedly is a massive difference between the wealth of the Streets singer & her father. Although Dumisani has been an artist on his own since the late 80s, his somewhat less of an impression in the mainstream industry has always shrouded the details of his net worth.

On the other hand, Dlamini’s daughter being one of the most mentioned pop artists of the 2020s has been impressively stacking up high money from her chart-topping songs. In fact, she entered the millionaires club with just a couple of singles. What’s more, Dlamini’s singer daughter now is already reported to have a net worth of close to or even ahead of $10 million.